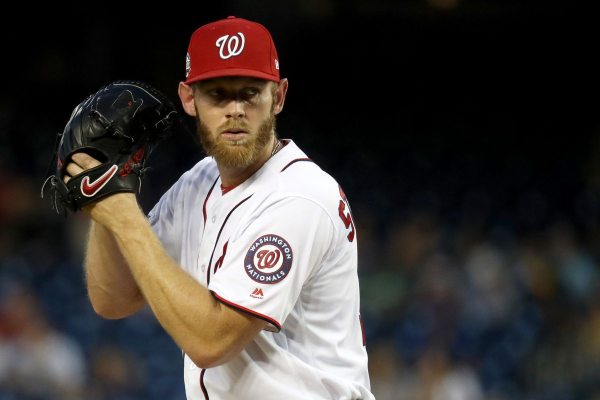 Every team in baseball is in action tonight, but we have 12-15 games on main slates tonight. DraftKings has taken the Kansas City and Chicago game off of the slate due to their suspended game before the start tonight, which can cause some confusion with start times and lineups. I have not seen this done by any other site, but I would keep tabs on that while making lineups on any site.

I am going to try and break down which pitchers I like tonight and then where I like them. With different slates and very different pricing on these sites, it is important to determine value on specific sites.

Matthew Boyd is my favorite option on the slate for an elite pitching option. Boyd is incredibly talented and he has a fantastic matchup against the Orioles in Detroit. The Orioles lack pop and they struggle even in their own park. In Detroit, I expect the Orioles to be incredibly non-threatening to Boyd, which is why I like the upside here.

Where he is available, Lucas Giolito is another great option with elite upside. Giolito is a former top prospect that has finally seemed to figure it out. The Royals are a relatively bad offense, but they are better than the Orioles and they are in a better park.

The mid-range is where DraftKings and FanDuel really switch things up. As a whole, I like spending down on DK more because I think it helps lineup construction more. However, I have really enjoyed paying down on FanDuel because they are much lower on the unknown quantities than DK is. Here is a list of pitchers in order of how I rank them for tonight from a raw point perspective, these prices may vary drastically on different sites.

Trevor Richards: Good stuff against a bad offense in an elite park.

Dylan Bundy: Has home run issues, but is getting a big park upgrade against a Tigers team that will strike out a lot.

Ryan Yarbrough: Yarbrough has good stuff and is in an elite park. Tampa let him go 99 pitches in his last game, but then just pulled Chirinos under 0 pitches into a no-hitter. The Rays should let Yarbrough go, but there is a little hesitation.

Max Fried: Another talented young pitcher, but in a worse spot than the first few and faces a slightly above average lineup in the Nationals.

Corbin Martin: elite talent in a tough matchup. I love Martin at low ownership for the upside, but he will be challenged by the Cubs.

Nick Pivetta: Pivetta really struggled to start the season and was sent down to AAA to sort things out. Pivetta has good raw stuff, but has struggled with walks even in the minors. The Cardinals are not a good matchup for them, as they are a good fastball hitting team, but he does possess upside on Fanduel at a cheap price.

Marco Gonzalez: Lacks strikeout stuff, but did get 9Ks vs. the Rangers earlier this season. Relatively safer option in a group full of risk.

Zach Plesac: Plesac is a good talent but he is in one of the worst matchups in baseball. This is not for the faint of heart, but I will likely use Plesac as a salary saver.

Seattle should be chalky against Adrian Sampson, who is one of the worst pitchers in baseball. On such a big slate, it is rare that we see true chalk, so I will likely load up on Seattle here.

Coors is another reason that I want to attack some risky pitching, as both pitchers in Coors Field are not very good at all. I prefer the Rockies stack against Kelly, but both are great plays if you can afford them.

The Phillies face Adam Wainwright, who has been really hit or miss this season. Wainwright lacks stuff so when he is missing his location at all, things turn south quick.

My favorite sneaky stack is the Indians vs. David Price. This is a risky proposition, but Price was throwing 2 MPH less than normal before being pulled in less than an inning last game. Maybe this is a blip on the map for Price, but maybe he is really not okay and you can get a massive leg up on the field vs. a injured pitcher.