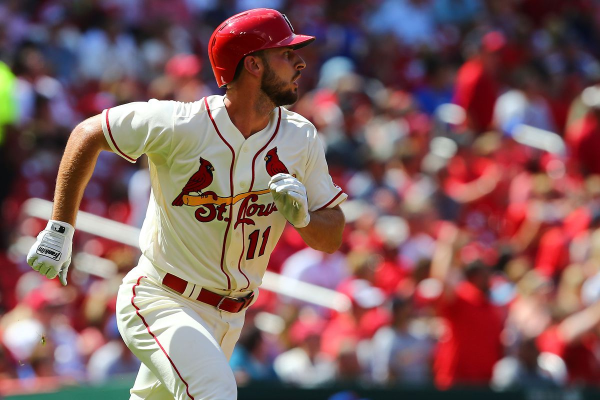 Today, we look at Daily Fantasy Sports and give you our lineup tips for Major League Baseball:

Both Trevor Bauer and Justin Verlander are very good pitchers in solid matchups, but they don’t fit my roster construction today on such a big slate. There are other pitchers at cheaper prices and big bats that I want more than these guys. If you can fit them, go for it in any format, as they rarely have a bad game.

Masahiro Tanaka gets a great matchup against a right-handed heavy Baltimore lineup that loves to swing and miss. Tanaka does love to give up the long ball, but he also loves the swinging strike. I think Tanaka goes out there and gets over a K/inning while allowing little to no damage. Here’s the issue: What’s the pitch count? 85? Maybe I don’t want 85. 90-95? That’s interesting. 100+? I’m in. Maybe we hear, but I doubt we truly hear. The Yankees have been pretty hush on pitch counts all year besides that they will admit whether or not there is or isn’t one. I am cautiously optimistic with Tanaka because he was supposedly “ready” last week. Was he really or did he just say that? I think he probably was, but the Yankees have to need to rush. Tanaka comes down to the pitch count, but the K upside is very much there.

Garrett Richards is FINE. I don’t love Richards because he just always gives up a little something against a good offense. Richards strikeout stuff is elite and he showed that in this matchup just 6 days ago. The combination of K’s and generally limited damage gives Richards a higher floor/ceiling than most people think, but he’s not one of my top options in either format.

Enyel De Los Santos is the Phillies’ #3 pitching prospect and their 11th prospect overall. He comes in to make his major league debut against the Mets. The Mets are really bad and people are starting to target them like I have been all year. Dos Santos is noted for having 3 solid pitches and hiding the ball really well with a long frame. The noted use of some deception generally works for guys very early in their career even if the stuff isn’t quite there. I think De Los Santos has good enough stuff and the lack of tape will only help him in this start. He is my favorite pitcher on FanDuel at such a low price and I like him on DraftKings as well in all formats.

Julio Teheran’s best pitch is his slider. It’s not even close. He has big splits because of his slider’s effectiveness vs. right-handers compared to lefties. The Blue Jays have struggled against good sliders over the last two years and I don’t see why it would stop here. I think Teheran may be slightly under the radar tonight and I love him in GPP’s.

Jeremy Hellickson is a fine play if you want to save a little more, but I don’t see much upside in this matchup. Hellickson should be rather low owned after getting smacked around in his last start. I am completely writing off that performance because Hellickson was notably sick before the game and was clearly not right. The Pirates don’t K enough for me to love Hellickson, but he has been good all year and the Pirates don’t particularly scare me off.

Both pitchers in this matchup are not good. This game is in a great park to stack. Fenway allows for crazy triples and cheap home runs with just about everything in between. YovaniGallardo has yet to be truly killed since returning to the team, but I think that ends tonight. The RedSox should be in a great spot for a lot of early runs tonight. The Rangers get Hector Velasquez, who just isn’t a talented arm. The Rangers offense has disappointed a lot of people this year, but this is a good spot to attack such a powerful team against a guy lacking great stuff.

Patrick Corbin and Tyler Anderson are good pitchers. Coors is almost always better than the pitcher. With big arms and other big bats on this slate, I think people may just stay away from the hard matchups, even in Coors Field. I’m not in love, but I’ll definitely have my share of both of these offenses tonight.

The Yankees face AndrewCashner in Baltimore. The Yankees offense is always a terrifying opponent for opposing pitchers and this should be no different for Cashner. Cashner hasn’t been BAD, but in his last start vs. the Yankees, he allowed 9 hits in 6 innings with only 4 K’s. I think 3 earned runs in on the very low end of that performance vs, such a powerful Yankees team. I think the Yankees are my favorite GPP stack tonight barring ownership later in the day.

Dylan Covey is back to doing Dylan Covey things and I am ready to attack him again. The Cardinals’ lineup is probably at the best it’s been all year getting DeJong back. I think the Cardinals get overshadowed by some other offenses on this slate, so I love them as a lower-owned stack in GPP’s.