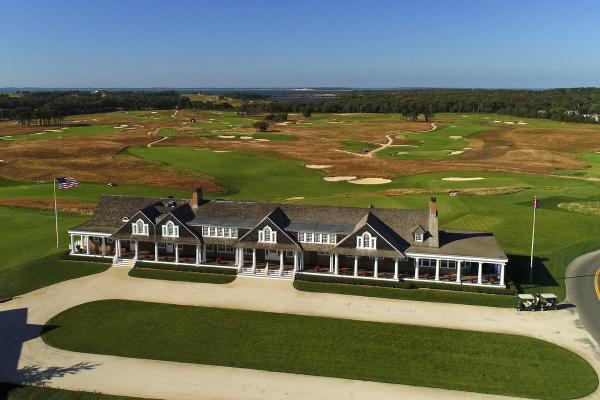 Here is a look at our Daily Fantasy Sports lineup tips for the 2018 US Open.

Shinnecock Hills is a beast of a course with the USGA stepping in to only make it tougher. The course hasn’t been played on tour since 2004, which makes it somewhat difficult to judge what golfers should thrive at this course, but I think we have a pretty decent idea as to what to expect. The course played 500 yards shorter and the fairways were about 15 yards slimmer 14 years ago, which caused the winning score to be -4 and only two golfers posted scores below par. I think these trends in scoring will continue but the course fit has changed.

The USGA wants this course to produce a winner around even-par and I believe that the course has enough teeth to do so if they really try. They have expanded a few tee boxes that could make holes extremely difficult if they choose to use them at any point this weekend. 14 years ago, this course graded out as a pure accuracy course. Now, I think this course is all about ball striking.

The widening of the fairways and increase in distance both lean towards favoring longer players. That being said, no golfer is going to able to scramble all over this course and “escape” with an even-par round. The guys at the top of the leaderboard are going to be guys that hit a bunch of fairways and greens in regulation, but the distance on the shots into the fairway will really help guys that can be long and straight. These greens play really tough as well, so having a wedge instead of a 6-iron into the hole gives golfers a significant advantage.

PAY ATTENTION. That’s the best advice I can give about a day out from the start of the tournament. The course is on a coast and generally will have wind throughout the week. I suggest using the “Shinnecock Hills” location on windfinder to find the current wind projections throughout the week. These change constantly and should be looked at right before you build lineups.

The course also saw a redesign that eliminated a lot of trees and opened the course up to more wind. Generally, when wind shows up, I prefer to target certain tee times that have a clear advantage. There is merit to playing certain guys that perform well in the wind, but there are not a ton of stats to provide who that is. Generally speaking, Australian, European, and golfers from Texas/Oklahoma have at least played in a lot of wind growing up compared to other guys.

Dustin Johnson is the class of the field coming off of a dominant performance and will be the highest owned guy in the very top tier along with Justin Rose. there is nothing to not like about DJ here besides his ownership. I will probably come in underweight because I just think the leverage I can gain with other guys is better. DJ is a great play in all formats.

Justin Thomas is the slightly poorer man’s DJ. JT and DJ are both quality golfers that hit it a mile and can do everything else on the golf course at a high level. JT is a great pivot from DJ because he will be much less owned and his A-game is very similar to DJ’s in terms of upside.

Jordan Spieth is a terrifying question. His putting has been terrible and it is very frustrating to watch, but I think Spieth might be coasting in non-major events. I am a sucker for Spieth and his tee-to-green game has been the best ever in his career, but the putter has been so bad that it hasn’t mattered. It’s only a matter of time that Spieth figures it out and I can’t jump ship now.

Justin Rose is underpriced on DraftKings. He will be highly owned. He is one of the best course fits in this field and his form couldn’t be much better coming in. Playing rose and my overall ownership to him will come down to how the field treats him this week.

Tiger Woods is going to be lower owned than most think and I’m very excited. Tiger has been playing like a top 5 golfer recently tee-to-green and the putting has been sketchy his last few outings. Putting comes and goes and if I can get someone who I believe is overperforming his results without the whole world being on him, I’ll take it.

Henrik Stenson has posted 5 straight T30 or better outings and is one of the best ball-strikers on tour. This course should fit him well and the conditions may line up better than most understand. Stenson has played great golf in the wind over his career and has also killed links-style courses. Now, Shinnecock isn’t a links course, but it is more links than most other places on U.S. soil and that may have Stenson feeling right at home.

Bryson DeChambeau is going under the radar and has been playing as good as anyone in the world. He has shown the ability to compete in great fields and I believe he is going to be one of the lower owned plays in his price range, which is immediately good enough to get onto the shortlist.

Fleetwood, Casey, and Scott are similar golfers in terms of their strengths and they all line up to do well at this course. Scott will be significantly lower owned than Fleetwood and Fleetwood will be lower owned than Casey in all formats. Since I see them as being rather comparable, I think I will use them in the opposite order that the field will be playing them. Scott has shown the ability to hit the ball wherever he wants for years now and seems to have regained his form. I think I want to stay aboard this train for another week.

Tony Finau is a golfer that is constantly getting better and seems to be underpriced. Finau is one of the longest hitters on tour and that could really benefit him if the course plays extra long. I believe limited wind will help the longer hitters in multiple ways this week and Finau would be one of the biggest beneficiaries to that concept. As I said, this course could be made INSANELY difficult and especially long if they choose to make it that way. I believe they will if the wind isn’t giving enough teeth to the golf course. Major wind would make the course difficult enough, but the lack of wind would help incentivize the USGA to extend the tee boxes a little more.

This course is going to challenge every part of a golfer’s game and I think it will be difficult for a lot of “lesser” golfers to really pop as they just don’t have the same tools as the top guys. There is not really many guys down low that I think can truly compete late on Sunday. I’ve compiled a list of guys that have intriguing parts of their game that makes me think they could be good plays this week.