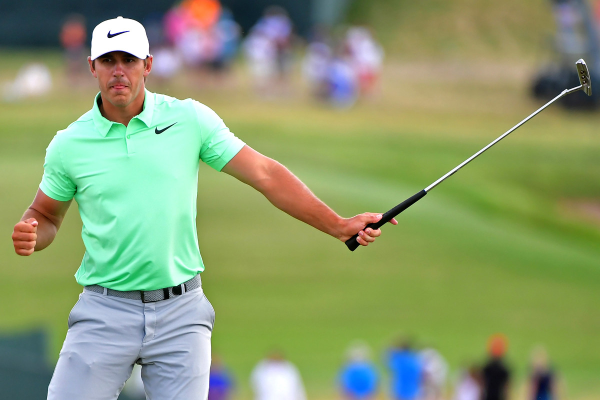 Take a look at the Daily Fantasy Sports Lineup Tips for the Canadian Open coming up July 26th – July 29th:

Glen Abbey is a 7250-yard par 72 that is one of the easier courses on tour. The course plays as a pretty short par 72 that allows bombers to play the course with a lot of short irons and wedges into the green. With that being the case, Glen Abbey rates out as a bombers course, but really good ball strikers can still produce here. I think any top golfer has the ability to go out and throw up a great score here if they are on their game.

With my punt plays, I will probably tend to lean towards bombers, since they can make the course easier on themselves than the shorter hitters can. The rough here isn’t really punishing, which also benefits guys who just hit the ball really far. This is a course where 90 yards from the rough is probably better than 160 yards from the fairway. The par 5’s on this course are very gettable and are how the best players will make or break their week. Someone will shoot -10 or better on these 16 par 5’s this week and if you can nail the golfers with the best ability to do that, you should be in good shape.

Brooks Koepka is in a great spot this weekend coming off of a disappointing Open Championship. There were a lot of reports that Brooks was playing the best golf of his life going into last week, and I think he played better than his overall score indicated. Now, Brooks goes to a course he can completely overpower. Dustin Johnson is going to be the chalk this week and for good reason, but I just think Brooks has the same nuclear upside at a course like this. I’ll take a cheaper price and less ownership on Brooks this week.

Joaquin Niemann has been one of my guys in the last few months and this is probably his best course fit yet. Niemann is probably already one of the best drivers on tour at 19 years old and this course prioritizes the driver more than just about any course on tour. Niemann can hit bombs down the middle of the fairway on just about every hole here and that just sets up so well for his playstyle. Niemann has shown real upside multiple times this week and I hope people are scared off of the price here.

J.B. Holmes is a guy that can take advantage of the par 5’s like the elite guys on tour. J.B. is coming off of two straight missed cuts, but he really didn’t play badly in either of those spots. Before the missed cuts, Holmes had a second, third, and thirteenth in his previous 3 starts. I don’t think Holmes will be popular and he is another guy with elite upside when you give him an easy course and scorable par 5’s.

Jamie Lovemark is generally not the most consistent golfer, but he has made his last 5 cuts and sets up perfectly for this course. Lovemark hits the ball a mile and is usually rather accurate in doing so. The short game is what holds Lovemark back from taking the next step, but I think his ball striking can mitigate those problems to some degree on this course. Lovemark is more of a GPP play this week, but he is one with clear upside to put up multiple eagles and a top ten finish.

Keith Mitchell is easily the best FRL bet on the board because he seemingly always is at the top of the leaderboard after day one and this course fits him very well. Mitchell is a great scoring golfer and is better on courses that allow him to do whatever he wants. This course will allow Mitchell to hit bombs all over the place and give himself plenty of birdie chances this week.

Harold Varner is coming off of a -12 and a -18 performance in his last 2 outings on tour. He posted those scores with a combined 42 birdies in 8 rounds of golf. Anyone with the ability to score like that and a place like Glen Abbey is an interesting play this week and I think I will be significantly overweight on Varner this week for that reason. I am targeting guys that can score with the elite guys and Varner certainly has the ability to do so.

Norman Xiong WILL MAKE THE CUT. BOOK IT. He’s just so talented for a golfer that is minimum priced specifically on DraftKings. Xiong is 0/3 in cuts made on tour, but he hasn’t been bad. He has struggled to really find a groove. Xiong’s game resembles that of Niemann’s and it is headlined by the driver. Xiong’s driver should put him in great spots to finally score this week and I think he is capable to compete on tour right now.