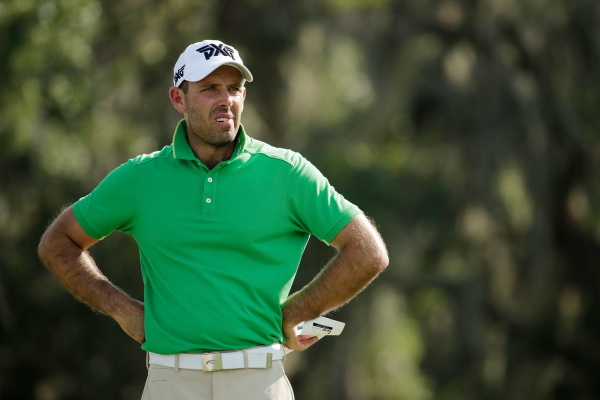 The PGA Tour turns it’s attention to the Greenbrier Classic. We take a look at some of the top DFS plays for the weekend:

The Greenbrier Classic is played at Old White TPC golf course, which is a 7300 yard, par 70 course that generally plays pretty easy with wide open fairways and limited tree lining along the course. This “easy” and rather long par 70 generally lends its hand to bombers that are hitting the second shot close. These greens hold the ball pretty well and all of the golfers bombing it down the fairways who have a simple pitching wedge in from 100 yards will really stand to benefit from the course layout. Par 4 scoring and birdie or better percentage are also 2 stats to look into for this course. The winner will put up big numbers and picking golfers with high upside is probably the way to go this week.

Tony Finau is the favorite to win this golf tournament. There are 2 main reasons why Finau, who most people consider to probably be a second-tier golfer, has the best odds. Finau is a great fit for this course. He hits it a mile and is pretty capable in most other aspects of his game. This year, Finau has shown no real hole in his game and this golf course really opens up for him to have a big week. The other reason is the weakness of the field. A lot of talented golfers are in Europe this week, gearing up for the Open Championship. This leaves Tony Finau to be the class of the field this week. I like Finau because I think most people will think he is overpriced. He is, but I think he has the highest runaway potential and I will pay for that.

Joaquin Niemann is 19 years old. He has 3 top 20 finishes in his last 4 starts and now goes to a course that fits him perfectly. Niemann crushes the golf ball straight and really excels at courses where the driver gives you an advantage. I hope his lack of name brand and inconsistency earlier in the year keep people off of this insanely talented golfer. Niemann will be one of my highest owned golfers in GPP’s this week because of the upside he has shown multiple times.

Brian Harman is another golfer that can take advantage of an easy course where the field is weak. We need runaway guys, so I am talent hunting this week and Harman is a tournament-winning caliber player. Harman hasn’t been as relevant this year after his two wins last year, but coming off of a sixth-place finish, I like him in this tier for all formats.

J.B. Holmes was crushing on these courses that didn’t fit him at all until it all came tumbling down last week. Now, Holmes is much cheaper and goes to a course that fits his style perfectly. Holmes is a scorer and this course lets you score and generally doesn’t punish bad shots as much as other places. Holmes always struggles with a big hole or two throughout the week. He sprays a ball into the fescue or the water and it puts him 2 or 3 shots back of where he should be. This course doesn’t have much to punish golfers with and I LOVE J.B. this week. Hopefully, the missed cut last week scares others off to lower the GPP ownership.

Keegan Bradley is among golf’s elite while getting the ball to the putting surface and about as good as the average country club player on the greens. This week, the greens should be pretty simple and slower than other courses, which should allow Keegan to keep up with the field more than he normally does with his putter. Keegan has the game to come in this week and hit everything to 8 feet and I love those kinds of guys this week. I think Keegan is another great GPP play.

Jamie Lovemark is a longer driver, slightly worse iron player version of Keegan Bradley. I like Keegan better because I think he has the nuclear round/tournament more often the Lovemark, but Lovemark has it in him way more than anyone else around him.

Ollie Schniederjans is an elite driver of the golf ball, in terms of distance. Ollie can struggle to keep it straight from time to time but this course fits that style perfectly. I really like Ollie this week, even in cash. Ollie is someone we normally see priced right with guys like Keegan and Lovemark, so the price discount and course fit is enough to get me on him.

Nick Watney isn’t the best golfer, but his irons are his specialty and this course lets a great iron player hang around. As I have said, the greens will hold these shots and rewards players who are dialed in. Watney won’t be quite as close as most of the other guys I have mentioned, but his irons can make up for that distance. Watney has one of the higher upsides in this range if everything goes this way.

Hudson Swafford’s game has fallen off recently after being a favorite of the DFS community for some time. We have recently had a stretch of courses that do not favor his style at all. This course, while there are only 2 par 5’s, does benefit the “bomber” nature of Swafford’s game. I think a lot of people have forgotten about him and I like him as a sleeper this week.

There is a look at some under the radar plays for Daily Fantasy Sports this weekend. Good luck!