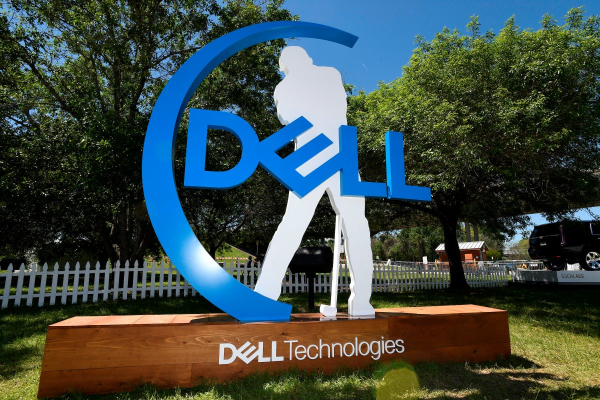 TPC Boston is the place for this week’s Dell Technologies Championship. It plays as a par 73, a 7250-yard course that hasn’t shown a ton of clear characteristics in terms of course fit. I lean toward finding players that have shown strong play recently and good overall game in a situation like this. TPCBoston appears to normally produce decent winds, which could explain the lack of overall course fit during the years.

This means that checking the weather and potentially picking players you think will produce well in the wind could be useful this week. As of now, I don’t see any wind that would scare me, but I would continue to check up until lock so you can gain an edge on the field if that were to pop up. I have found targeting good historically good wind players, who generally either have played in a lot of wind before (Euro/Aussie/Texas/Oklahoma) or have a low ball flight, works well if the wind were to arise. Some wind notables include guys like Brandt Snedeker, Jordan Spieth, and Marc Leishman.

If the wind isn’t a factor, I expect iron shots to determine the winner this week. The fairways are pretty large, which should help iron play become more important since most players will be in the short stuff. I also think the rough is less penalizing here than most of the recent tournaments, so missing a fairway may not be as penalizing anyways.

This week, there are multiple different strategies to take when creating a lineup and I think a lot of it has to do with what contest you are playing. In cash games, you need to get 6/6 more than basically any other time this year. It will be easier, but taking guys with less variance in their game is probably even smarter in cash this week than in most. There are only 100 golfers in the field, so only 30% of them get cut.

This means that a lot of people will nail down 6/6 and you need to too. In tournaments, it’s almost the complete opposite approach for me. I want upside. Normally, when I play Si Woo Kim, I expect like 40% of the time he’ll miss the cut and 5% of the time he gets top 2.

I’m accepting that risk for the upside. In a tournament like this, that cut risk is lessened, so I think attacking high upside guys is the way to go in tournaments. The risk has decreased and the win equity is still similar with a lot of guys at the bottom, so I want to attack that in tournaments.

I’m going to ride the Jordan Spieth train while it’s trending up and I think this is a great spot to do it in. Spieth has been great Tee to Green this season but struggled mightily around the green. This isn’t the Jordan Spieth we all knew 2 years ago, but he appears to be trending in that direction with a better T2G game.

It’s clear to me that Jordan Spieth knew that what he was doing was unsustainable and that he probably worked extremely hard to improve his iron and driver play going into this year. Seemingly, this cut into his green work and has hurt that part just as much as the T2G has helped and then some. Now, the putting seems to be on the rise and he has the ability to pop at any time now. This was the second week in a row I liked what I saw, so I’m fully “in” on Spieth this week.

Just take a look at Tiger Woods’ game logs and tell me that he hasn’t been one of the top players in the world. Meanwhile, he’s had some of the worst Off the Tee numbers on the PGATour. Last week, it was reported that he had gone to a new Driver, but something he claimed to be “an old shaft he liked.”

Maybe it’s a coincidence that he hit way more fairways last week than he had hit all year with his driver, but I’ll roll the dice and guess it’s not. Tiger has been one of the best putters in the world for a long time and last week he lost almost 5 strokes. I expect that to regress this week. I really like Tiger in all formats this week.

Tommy Fleetwood is one of my favorite golfers in the mid-tier this week. He struggles to always put the ball in a good spot off the tee, but the rest of his game is so great that it often doesn’t matter. This week, I am not concerned as much about being in a bad spot, so Fleetwood instantly gets a bump for me. Recently, Fleetwood has been great even though the courses haven’t been quite his style. This looks to suit his eye great and I’m all over him this week.

Aaron Wise is another great golfer to look at in the mid-tier. Wise was great earlier in the year, only to get embarrassed by his girlfriend on live TV and then spiral downward for the next few months, but he seems to be back. Wise showed up in a big way at the Bridgestone, only to disappoint my lineups at the PGA.

Now, Wise shot a 76 on day one of the PGA and a 68 the next. This shows me that he didn’t completely lose the form, it was just a bad day that forced him to miss the cut. Last week, he continued that good form getting another T6 or better finish. I really like Wise here from a talent and upside perspective.

Rafa Cabrera Bello was one of my favorite plays on the board last week and he really disappointed on the weekend, but he still showed me good signs. He shot a 67 on day one and a 68 on day 4, which shows me that the good form I was chasing is still there. I just think Rafa is much better than this price and he is starting to play at his potential again. I like him in all formats this week.

My favorite cheap play on the board is Chez Reavie. Chez has had 2 great showings in a row and seems to be back to playing like the Chez I played every week. Chez is a great iron player who can score if he is on his game. He is super competitive and is playing with Tiger too if you are into a narrative. I like Chez in GPP’s.