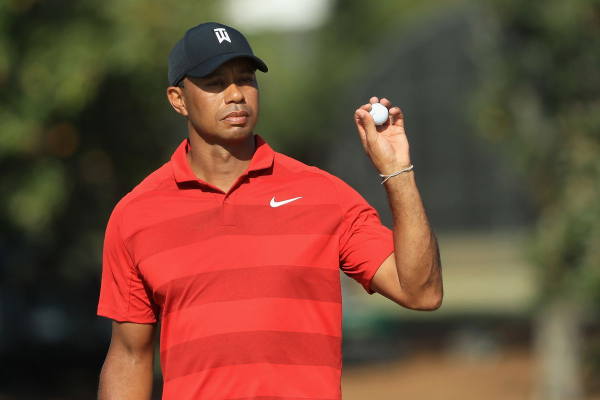 Take a look at our Daily Fantasy Sports Lineup Tips for the Bridgestone Invitational:

Firestone Country Club contains a par 70, 7400-yard course that is a solid test for most golfers leading into the PGAChampionship. This course can be gotten by players performing at their best, but anything less than that can lead to a lot of trouble. The rough here is rather penalizing and not friendly to competitors, so we want guys that can stay within the fairway, but we also want guys that can hit it a long way. This course doesn’t have many free holes and we will need golfers that can take shorter clubs into these par 4’s to give ourselves as much scoring as possible. The greens run at a high speed and will be challenging for a lot of guys this week. I think these green speeds tend to help out good putters, as their overall pace and feel of the greens should be able to help them avoid 3-putting this week.

This is a no-cut week, so I figured we should break down the best way to target these formats. You need people that can score. The difference between 42nd and 21st when it comes to finishing points is not all that relevant. You would rather have the guy further back in the pack that makes 2 eagles this week than the plodder that ends at 19th but just makes a bunch of pars, especially on DraftKings. Everyone will have 6/6 this weeks, barring an early WD, so a lot of things can change on Sunday. You will need the top few guys, but there is often a player that finishes in 40th or something crazy that can be on winning lineups this week.

I think that statement is possibly made even more true because of this course and the way it sets up. The best in the world tend to play well here and you can’t afford all of them, so you may just need the 6K guy that posts a top 20 and scores well to take down a GPP. When it comes to withdrawing from this event, I’d just be slightly more careful with guys that tend to withdraw. This event puts a lot of cash in these guys’ pockets, so you will see almost everyone that can physically walk up to the first tee box try to play. I would avoid anyone with a known lingering injury just because having one golfer WD ruins your week in this format.

All of these guys are great plays and I will probably be more spread out than most weeks for this event, but I will highlight guys that have a little extra going for them.

Tiger Woods is in a fairy tale spot this week. He returns to a place he has won 8 times over the course of his career and only got here because he got to exactly 50th in the WGR with the last possible tournament. He has stated one of his goals was to qualify for this event and his T10 at the Open Championship just barely got him in. This is the last year for this event at this location, so it just sets up so perfectly for Tiger to have a great performance this week. Tiger has looked sharp recently and should be comfortable on these quick and tricky greens this week.

I really like both Brooks Koepka and Justin Thomas going into this event. They are both at a really intriguing price tag and they can SCORE. Justin Thomas is one of, if not, the best on tour in par 4 scoring and Brooks Koepka is close behind. Both of these guys can score so many fantasy points, that a 20th place may not kill your lineups like it could with other golfers this week. Targeting guys that really get burned by the big number is a way to attack players this week, which would also include top guys like Jon Rahm, Rickie Fowler, and Jordan Spieth. I will have solid amounts of all 5 of these golfers hoping that a few will post big fantasy scores this week.

Bubba Watson in a course guy and this course has been kind to him. Watson has been good here for a long time and its pretty easy to see why. The fairways tend to force players to shape a lot of shots, which is Bubba’s favorite this to do on the golf course. It also has greens similar to Augusta, which is probably Bubba’s favorite track on Tour. I also really like Bubba’s scoring ability, which will prop up his ability to be in winning lineups.

Tony Finau is a really talented golfer that has shown up in tough fields all year. The tougher the field, the better Finau seems to play, posting very impressive starts at the first 3 majors of the year. Finau also fits the course description perfectly. He hits the ball long and straight, he can score with the elite golfers on tour, and he can putt on these fast greens as he showed at Augusta. I think Finau will be popular this week, but I really like him in all formats.

Adam Scott is a former winner of this event and he has every tool in the bag to win this week. Scott is also known for playing really well at Augusta, which makes me slightly more comfortable with his putting game than I normally am. Scott’s iron game allows him to stick balls really close to the pin even on tougher tracks, which gives him the scoring upside he needs.

All of the guys at the bottom are quality players that I think probably deserve dart throws. I’ve compiled a few different categories to look at for cheap guys