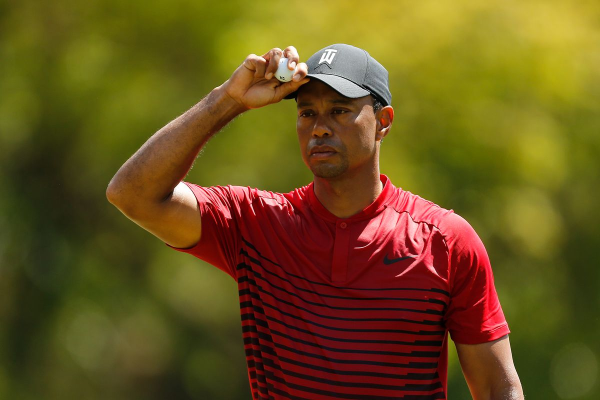 Here is a look at the lineup tips for Daily Fantasy Sports – PGA Tour – The Open Championship Lineup Tips.

Carnoustie is a beast of a par 71, 7400-yard golf course if the wind cooperates. This course is located right off of the shore, which generally means wind will play a major factor is it typically does at the Open Championship. To realize just how much the wind can change things, Carnoustie has produced winners of +6 and -7 in its last 2 times hosting the Open. When deciding how to build your lineups, it will be important to consider what kind of weather your golfer will be getting. There are years where basically a whole side of a tee time draw get knocked out because one side played in 5 MPH wind while the other played in 20.

The biggest stories coming out of the course is how fast the fairways are because of the drought in the course’s area. Tiger Woods told reporters that he hit a 3 iron 330 yards because he got so much run out on his shot. This run out will increase everyone’s length and probably allow guys to club down if they want. Some golfers have already indicated they are scared of how their drives may run through the fairway and into the bad stuff. Some other guys plan to use the run out to put the ball even closer to the hole, which is probably more of a boom or bust strategy. The greens have been said to be rather slow, which is a little odd for a major.

The bunkers here are very penalizing and aren’t like the average bunker at your local country club. Some players are elite out of the bunker where they hit everything very close out of a 50-foot bunker shot. This may be much more difficult to do so trying to fade guys that rely on their short game magic may be a viable GPP strategy. This week, I will be focusing on guys that can grind out a win at a tougher course in an elite field and possibly players that have performed in the wind. Good wind players generally include people that are used to wind, which generally comes from guys that have played a lot of golf in Europe, Australia, and Texas/Oklahoma where the wind is typically strong and impactful. A low ball flight also is nice for guys playing in the wind.

This is an elite field, so it is hard to truly narrow down your player pool a lot in these kinds of fields. Here is a master list of guys that I expect to be significantly overweight on in GPP’s this week and why.

Spieth has been all over the place this year, but his game tends to be at its best comes to these majors. Spieth started out the year striking the ball like one of the best in the world but struggling with the putter so much that it was hard to capitalize. The last few weeks, the putter has come back a bit. The ball striking has been worse, but now that I’ve seen both sides of his game shine this year, I have some reason to believe that he does have it all in the toolbox even if he has yet to put it together. Spieth should be the lowest owned top-end golfer this week and I like getting some leverage here.

As I mentioned before, Tiger mentioned in his press conference that he will be staying away from the driver, for the most part, this week because he doesn’t need it. Tiger’s driving iron has been elite this year and if you are telling me that I will get 9+ driving irons a round from Tiger, I can get on board in a hurry. Tiger has struggled putting on slower greens in his career, but he believes that his new putter will be helpful to counteract that weakness in his game.

The Masters champion has the game to play well at the OpenChampionship and he has been on fire all year long. Reed has shown the ability to lock in and hit everything close and I believe the winner this week will be someone who can hit all of the shots. Coming into this year, I would’ve liked Reed more here than at Augusta and we all saw what happened there. I have to hop on Reed this week because he has it in him to throw up 4 quality rounds at a tough course.

If the wind picks up, Leishman will be a staple in my lineups. Leish has always been a guy that seems to hang around the leaderboard at major championships, especially at tough courses. If the wind doesn’t show up, I don’t know that Leishman has the type of game to go outscore all of these elite golfers, but he does have the ability to make the least amount of mistakes on a tough course.

He has been rounding into form recently with 3 straight top twenty performances and now he gets a course that suits his liking. Hatton really likes this style of course and that should benefit him here. I think if this does end up being about hitting all of the right shots, Hatton has the scoring ability just like some of the top guys in the field. I want guys that CAN play like elite golfers if certain things go their way and Hatton certainly has that ability.

Is he healthy? If yes, PLAY HIM. If no, just stay away. I will be scouring Twitter to try and find anything I can on Bryson’s ability to play through the injury. If he is capable of playing at his normal level, he’s just too cheap to not like here, especially on DraftKings. Bryson has the game to compete anywhere and I think this just comes down to health.

The price on DraftKings is too nice to pass up. Finau isn’t the best player for this course, but he has the ability to score and compete in these elite fields. Finau should be like $8,000 for his potential upside. If I think someone is that mispriced, I have to just play the numbers game and get a good amount of exposure to him.

Grillo has been great this year and I see no reason for his price on both sites and even the betting markets to be so low. Grillo’s only missed cut this year came at the U.S. Open, where a bunch of elite golfers missed the cut, there was a very bad weather draw, and the course was REALLY controversial, in terms of its playing conditions. I’ve given everyone a pass on that one and that just bumps Grillo for me even more. Grillo is a golfer that doesn’t make a mess out of many holes and that should be very beneficial here. At this price, I want guys who make cuts and have the ability to pop up on a talented leaderboard and I think Grillo certainly fits both of those molds.