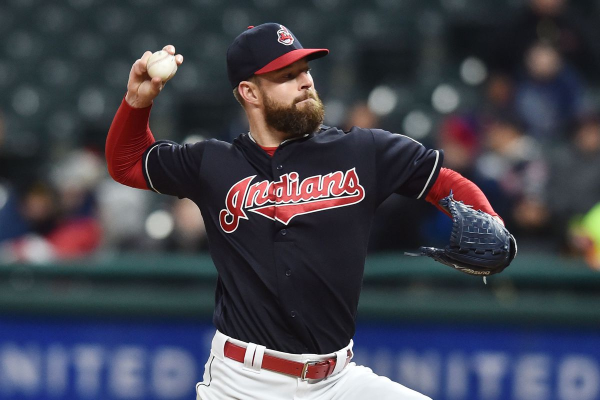 Here is a look at our Daily Fantasy Sports Major League Baseball Lineup Tips for June 15, 2018:

Corey Kluber has returned to better form as of late and now faces a Twins team that has been hit or miss all year. Kluber is the highest priced pitcher on both sites by a country mile and on big slates, I tend to fade these guys at prices so high. Kluber is interesting in cash and tournaments because of his floor/ceiling combination but I think I will stay away due to roster construction. Obviously, if you can fit him easily, Kluber is a great play and almost always will be.

James Paxton is in an interesting matchup vs. the Red Sox in a great ballpark for pitching. Oddly enough, the Red Sox have been much worse against lefties, even though their best two hitters are both right-handed and known for hitting lefties well. Paxton has made the leap into the “elite” pitcher category this year and is playable in almost every matchup. Depending on ownership, Paxton could be a GPP play if the Red Sox scare everyone off. Paxton can perform in any matchup and the discount off of Kluber is enough to get me interested.

Ross Stripling has been REALLY good since joining the starting rotation. I have been on him in almost, if not every, start because of his talent. Most people were scared of a reliever joining the starting rotation and how well he would perform. Most season-long projection services project Stripling around a 3.5 era and about a strikeout per inning. Stripling is talented and has shown it consistently. He is now really expensive, but I don’t hate the matchup. The Giants have underperformed as an offense and Stripling can easily take advantage of them tonight. Paying the price tag on Stripling may be uncomfortable, but he does have the talent to keep up his recent performances.

Tyler Skaggs is a really talented young pitcher that faces an Oakland that is really hit or miss. Skaggs will get strikeouts in this matchup and his scoring will come down to if he can avoid the long ball enough to go deep into the game and limit damage along with the K’s. Skaggs isn’t safe from a run-prevention standpoint but he is safe when it comes to K% and that means more than most people give it credit for. Skaggs should go out and get fantasy points and has the ability to get a lot if he can avoid the homers.

Kevin Gausman has been a strange case for a long time. He has these absurd catcher splits that always seems to confuse the entire industry. Gausman’s pitch mix is almost entirely dependent on what catcher catches him. He is talented but when he throws 65% fastballs, he tends to get hit around. I think Gausman will be a popular option and I try to avoid them vs. the Marlins, as they are just pesky, but Gausman is probably going to throw up 15-20 DK points at a mid-range price tag.

Zack Godley seemed as though he turned a corner last year, but has taken what seems to be a step back. He shows flashes of great pitching but also has gotten blown up a lot more than a good pitcher should. Today, Godley faces the Mets in a pitcher’s park (yes, it’s a pitcher’s park). The Mets are really struggling and this seems like a spot we should get “good” Godley. Godley is probably my favorite pitcher that I’ve mentioned so far when factoring in price and ownership.

Jonathan Loaisiga is coming up from AA ball to start for the Yankees tonight. He has been great this year, albeit AA and A+ ball. The main concern I have with Loaisiga is the pitch count. He has been babied by the Yankees and has not even thrown over 80 pitches in half of his starts. I would be surprised if he surpassed 100, however, if we can project over 90, I like him vs. a bad Rays offense in his first appearance. Guys with good stuff making their first starts can normally surprise hitters early as the scouting report is a little sketchier than vs. a veteran. I am interested in Loaisiga, but the pitch count is a big concern.

Reynaldo Lopez is a talented pitcher facing a bad team. Lopez has been inconsistent this year and has gotten somewhat lucky, but Lopez is a talented prospect that is consistently improving. The Tigers just lost one of their best hitters for the season and have MAYBE 3 guys, at most, that would start on the elite teams in the league. If I can’t play Loaisiga, Lopez will be the cheap guy I pivot to.

Colorado vs. Texas is a place where a lot of people will look to hitters and I will be one of them. Texas is starting a young pitcher that is their 4th ranked prospect and should be good, but he hasn’t shown the ability to even be decent this season. I am always hesitant to roster a popular stack against someone who is talented, but Mendez is posting an xFIP over 5 in AAA-ball this year and the Rockies should be able to get to him. As for Bettis, “FINALLY, I get out of Coors” well barely. Texas is not that much better for pitching and the Rangers have scary bats all over that can hurt Bettis in one swing. Bettis doesn’t produce enough swings and misses to perform really well vs. the Rangers and the Rangers are great spots to look for a home run.

Nathan Eovaldi isn’t horrible, but the Yankees should really get to him in Yankee Stadium. Eovaldi throws really hard but also really straight, making it really easy to hit. The numbers show that since returning, it seems like Eovaldi has changed some of his pitches that would make him a better pitcher, but this isn’t the spot for that to shine through.

The Dodgers have been heating up and DerekHolland is horrible. Every right-handed hitter that makes the lineup for the Dodgers is an elite play and WILL be mainstays in my lineups tonight.

The Nationals are getting healthy and this may be a great spot to attack Aaron Sanchez. Sanchez isn’t horrible, but the Nats offense is clearly top 5 in baseball when they are all healthy and this is the healthiest we have seen them all year. They also get a DH, which will only make them better plays. This Nationals team has it all in terms of power, speed, and contact that is great for all formats.