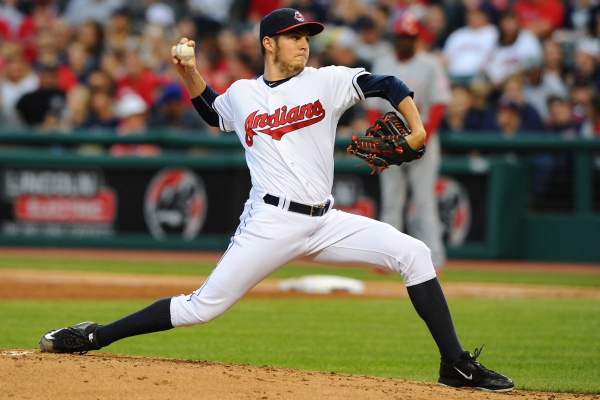 Here is a look at our lineup tips for Major League Baseball on July 31st, 2018:

It’s the same story today with Trevor Bauer against the Twins. Play Trevor Bauer if you want elite upside and do not care about the price it comes with. Personally, I think I can find the upside in other spots without giving away multiple bats, but if you have a really cheap stack, go for it. The Twins have been an average offense this season and they are very capable of striking out against a pitcher like Bauer. Bauer is viable in all formats if you can afford him.

Masahiro Tanaka looked like himself in his last start, throwing a gem against Tampa Bay. Pitch count is clearly no longer a concern for Tanaka after coming off of the DL three starts ago. The Orioles have been hitting much better recently, but Tanaka has great swing and miss stuff and the Orioles team is full of righties that will swing and miss. Tanaka has elite K-upside and will be one of my favorite plays in GPP’s.

Last season, I looked into Jack Flaherty’s numbers in the minor leagues to come to the conclusion that his stuff wasn’t quite there to be a good major league pitcher yet. That seemed to be the case last year when he did come to the majors, but the offseason seems to have changed this take drastically. Flaherty notably worked on his swing and miss stuff and it is clearly paying off. CarlosMartinez dominated this Rockies team last night before getting hurt and I think we can see a similar start from Flaherty. Flaherty seems to have enough K’s in him to salvage a good start if the Rockies’ power gets to him at any point. I think Flaherty has a rather safe floor and a really high ceiling in this matchup.

Kyle Gibson has one of the best sliders in baseball, but he doesn’t use his pitches how he should. If Gibson ever learned these statistics or went to a team that would teach him to throw his best pitches more, he would be a $10K pitcher in my opinion. I think this is a great tournament spot for Gibson taking on a scary Indians team away from home. The Indians are a different team outside of Cleveland, but their reputation should keep Gibson’s ownership low in GPP’s tonight.

Danny Duffy struggled mightily to start the season but has clearly reigned it in. Duffy is a $9,000 pitcher in a great strikeout matchup that he has recently dominated. My ownership of Duffy will really depend on what the field does with him. Duffy has been a popular pick recently due to a cheap price tag, but this price tag is higher than it has been, which could scare people off.

Zack Godley has the stuff to dominate a matchup vs. a swing and miss heavy Rangers team, but he’s been so inconsistent that he is strictly a GPP dart. I will have a little bit of Godley and hope for “good” Godley, but you never know what you are going to get.

Kolby Allard is a kid coming up to make his major league debut against the Marlins. Allard’s numbers are solid but not great for fantasy purposes. Allard doesn’t seem to have put away stuff,  but the price doesn’t ask for a ton of K’s. I think this Marlins matchup is good for him because of their lack of power. Allard is probably the best play in the bottom tier if you want to spend up on bats tonight.

The Arizona Diamondback face Bartolo Colon tonight and they should be able to take advantage of the 72-year old Colon. Colon has had a few big games this year, but besides that, he’s been awful. Colon has allowed 2 or more runs in all of his last 10 starts and 5 or more runs in 4 of those 10 games. If you stack against Bartolo, you will get some kind of production and that’s always a nice feeling. I like every Diamondback stack I can even think of.

The Braves get Dan Straily in SunTrustPark, which should really hurt Straily’s already ailing numbers. Straily hasn’t been that bad recently, but he has blow-up risk against an elite offense that is getting healthy at the right time. I think the young Braves are in a great spot to hit multiple home runs this evening.

Yefry Ramirez has been decent this season, but his start against the Yankees recently raises a bunch of red flags. Ramirez allowed 4 runs in 4 innings, but he also gave up 9 hits. Only 4 runs on over 2 hits per inning is probably pretty lucky in all honesty and I think the Yankees may be slightly under-owned because of Yerfy’s overall effectiveness. The Yankees stack is a great spot in GPP’s because of the possible HR-upside and the struggling Orioles’ bullpen.