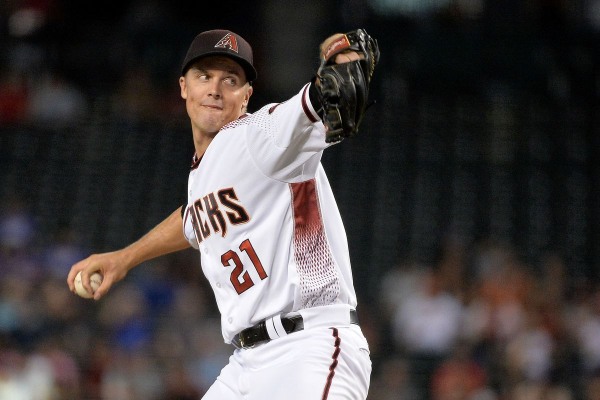 Take a look at our lineup tips for Major League Baseball on July 27, 2018:

Today is a strange slate where there are a lot of elite pitchers that I really don’t love. Let’s break a few of them down if you feel the need to play one of these guys. I’ll list them in order of my preference of them based on DraftKings pricing and scoring so everyone is on an even playing field

Yes, how in the world can I possible rank Greinke above these other guys that we will talk about? I just don’t really like any of them. Greinke should get 20 DraftKings points just by taking the mound vs. the Padres, even though he struggled a little vs. them just 3 starts ago. Grienke has flashed higher than average K-upside in his last 2 starts and I think he should be good for a run-preventing, K/inning, start here which should be just fine at a lower price than the rest of these top, top arms. Greinke is mainly a cash play for me on this slate

Archer gets a great matchup vs. an Orioles team that may lose their best 4 hitters before the game even starts for all I know. Even if they don’t, their best 4 hitters aren’t great and the other 5 are borderline major league players at this point. Archer has struggled more than usual this year, but I think that’s more bad luck than anything else and I think this is a great upside spot in tournaments. I think Archer will be my highest owned tournament guy in this tier.

I hate rostering this dude, but he seems to have turned a corner and returned to a similar version of 2015 Keuchel. The Rangers are a good offense to take pitchers against because of their ability to K. Keuchel isn’t a strikeout pitcher, but he is averaging about a K/inning vs. Texas this year and 7 innings of 1-run, 7K ball are just fine with me.

He has been soooooooo good that you can easily play him here, but the price tag is high and for whatever reason, the Twins probably hit Chris Sale better than anyone else in the league and it’s been going on for a while. I’m not a “BvP truther” but there is a mental side to baseball and when a team thinks they have a chance, they normally do. Sale posted one of his best ever performances vs. the Twins earlier this year, but it was still 30 fantasy points. That’s great and all, but EHHH, I don’t need that to win tonight.

Bumgarner has looked better and better recently until the last start where he walked 6 and threw 92 pitches in 4 innings. I would like MadBum here is that last start didn’t happen, so that is why he makes the list. I will have a little because maybe he was just off that day, but seeing that performance from a top-tier pitcher like this is a rather scary sign.

Marcus Stroman has been plagued with injuries the last 2 years, but he seems to be fully healthy and ready to return to the Blue Jays ace. The White Sox are a dream matchup for any pitcher and Stroman is probably a mid-8K pitcher or even a little higher when he is himself. Stroman is just too cheap and I assume will be the chalk tonight. I will eat this chalk and be different other places.

Okay, I didn’t tell you to roster Mike Fiers, BUT I may have a very small amount. He has posted 2 23+ DK point performances vs. the Indians this year and he gets the Indians on the road, which is a big deal.

Lance Lynn isn’t a sexy play, but he is better than his price tag suggests and Fenway isn’t a terrible place for him. Lynn is a really good pitcher against righties and a really bad pitcher vs. lefties. Fenway significantly favors right-handed bats, which don’t usually hurt Lynn too bad anyways. I will have Lynn tonight for the salary saving it provides.

Coors will be a popular stack yet again and I can’t really tell you why it shouldn’t be. Manaea has elite arm talent but has fallen off significantly since the start of the year and Kyle Freeland gets a smoking hot A’s team coming off of scoring about 100 runs in Arlington. Both sides of this game are playable in all formats and I will have significant amounts of both sides.

The Astros face-off against Yovani Gallardo. Yovani Gallardo is BAD and the Astros are GOOD. I hope that Coors takes away from this Houston stack in tournaments as they are one of my favorites of the night.

The Yankees face Brad Keller, who has had really strange results. Keller has either been blown-up or dominant in his last 6 starts, and I think the latter applies here. Keller struggles to have a big strikeout pitch, which is what pitchers really need to be effective vs. the Yankees. I love the Yankees along with the Astros as my 2 favorite non-Coors stacks.