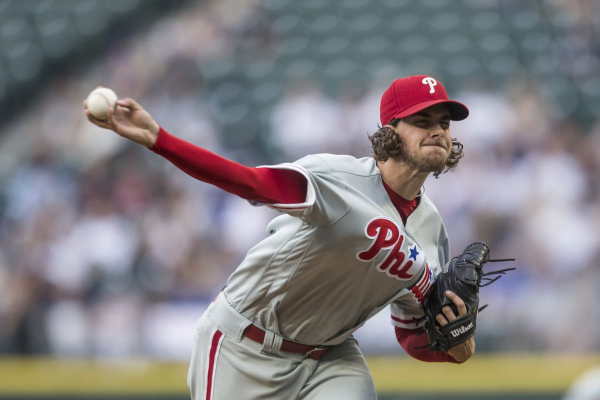 Both Aaron Nola and Kenta Maeda are both better suited for cash games tonight because of their potential risks. Nola is talented, but he is facing a Dodgers lineup getting a park upgrade. The Dodgers are playing better of late and I think they can hit up Nola enough to make me not want to pay up for the price. Maeda has clear upside here and should rack up strikeouts vs. a Phillies team that struggles to make contact vs. RHP. The concern with Maeda is how deep into the game Dave Roberts will let him go. It’s always a mystery and it’s one I tend to try to avoid, especially at a high price tag.

James Paxton is in a fantastic matchup, but I assume he will be on a pitch count. If he is not, I would fire away in all formats.

Jose Berrios is a very talented pitcher facing a boom or bust offense. The Blue Jays do put up big games, but they also have a tendency to get silenced some nights. I don’t love Berrios tonight all things considered, but the matchup forces me to throw him in some tournaments for the upside.

Masahiro Tanaka is also still coming back from injury, but I think he should be allowed a rather long leash tonight and this is a perfect spot. Tanaka struggles with the short porch in Yankee Stadium a lot. He allows solidly hit fly balls that tend to carry over the short porches in left and right field. The park upgrade is great for Tanaka and the Rays are not a lineup that scares me. I like Tanaka a lot in GPP’s and would even consider him in cash if I knew there wasn’t a pitch limit.

Zach Wheeler has a dream matchup against the Padres at a very reasonable price tag. The Padres just struggle to really pounce on a pitcher even when they’re facing a struggling one. Wheeler has control problems at times, but he seems to be rounding into form with 6 straight starts of over 14 DK points. Wheeler should be popular tonight and he’s one of my favorite plays in all formats.

Austin Gomber is a really interesting play today and I am very curious to see the ownership on him with the way the slate breaks down. Gomber will follow up Poncedeleon’s performance last night, which may bring up the ownership, but I think another player in this range may keep the ownership down. Listen, I had 150 lineups on DraftKings yesterday and 120 of them had Poncedeleon, and I don’t think I can do that today with Gomber, but I will have more than the field and I will have a LOT of cheap pitching. Gomber isn’t some crazy talent but he has flashed upside in the minors. In a game earlier this year, Gomber struck out 16 in 8 innings. Again, he’s not THAT GUY, but it’s in there and this price is too good to pass up.

Eric Lauer is a good, young, probably not quite MLB ready pitcher, but the Mets aren’t the gold standard for MLB offenses. Lauer should and will be chalk today on DraftKings especially with a $4,000 price tag. How badly does he have to be to hurt you? Anything better than 5 points from him or Gomber is not going to kill you in any format, (yes, even GPP’s) and I think I will most likely have one of them on almost every lineup I build.

The Cardinals face Homer Bailey, who might as well start telling people he goes by “Homer” because it’s his favorite thing to do.