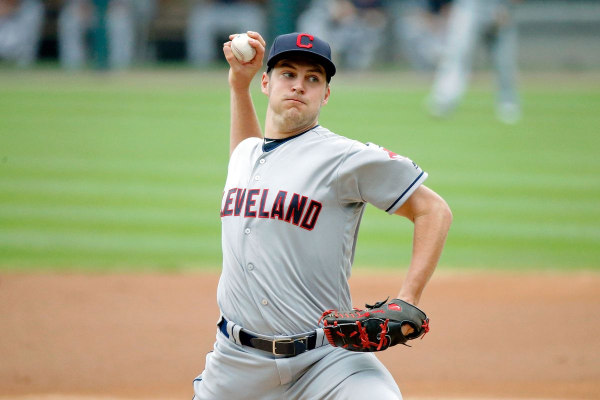 Trevor Bauer is the best pitcher on the slate when incorporating strikeout upside and talent, but the price is high. Bauer has shown massive ceiling upside this year and he’s also shown consistency. I would project Bauer around 25-30 DraftKings points tonight and think the upside is very much in play. You can play Bauer in any contest tonight and I won’t fault you for it. I don’t think that I will be using much of Bauer strictly for lineup construction.

Robbie Ray is a very talented pitcher facing a dangerous but conquerable Rockies lineup who are getting a significant ballpark downgrade. Ray faced this Rockies team just before the break and ended up striking out 8 batters in 5.1 innings. I think that Ray can have similar strikeout results without allowing as many hits/runs, which would make him a tremendous play at an upper mid-tier price point.

Domingo German is a really talented pitcher that hasn’t really put it all together. This matchup vs. the Mets is a very strong situation for him to have an upside game. German has pitches capable of neutralizing both sides of the plate and has elite strikeout upside, with a swinging strike rate mirroring the best pitchers in the league. I love German in this matchup and he will be one of my go-to guys in GPP’s tonight.

Jameson Taillon is a talented young pitcher that has the ability to throw a quality game each and every time out. This spot isn’t the best for Taillon, facing a solid Reds offense in Great American Ballpark, but he can be a solid play regardless. I expect a mediocre-to-good game here for Taillon and his price point puts him in play in all formats.

Wade LeBlanc has been a rather solid pitcher this year, especially based on what most thought of him entering this year. LeBlanc gets the White Sox in Safeco, which is about as good as it gets. The White Sox do have bats that can make you pay for a bad pitch, but Safeco can really help LeBlanc get away with a few more mistakes than normal. I think LeBlanc is a great play if you want a quality start at a cheap price.

Danny Duffy will be the chalk and Danny Duffy probably should be the chalk. Duffy is a really talented pitcher that has struggled for most of the year but has seemingly returned to his elite stuff recently. In his last 7 starts, Duffy has posted 5 starts over 23 DraftKings points including one start against the Twins in a worse park than he’s in today. I love Duffy today and I think everyone else will too. The fade is reasonable but only do so with the understanding that Duffy has the upside to make it hurt.

Clayton Richard has been struggling lately, but I don’t see anything alarming in his underlying numbers that indicates to me that he had gotten significantly worse in any aspect. The Phillies aren’t an ideal matchup, but he is REALLY cheap on DraftKings. Richard is a guy that has been around $7,000 all year and this matchup isn’t the worst. I don’t want to play Richard today because I don’t need to. If you need the savings, Richard is the guy to scoop up at the bottom of the list today.

Cleveland faces homerun heavy Martin Perez in Arlington, which seems like a big mismatch. I love the Indians here today, BUT I’d like them a lot more at home. Go look at all of Cleveland’s hitters the last few years and you will be shocked at their home/road splits. It’s hard to call them variance at this point and I don’t know what it is, but they are WAY better at home. I will play Indians today, but I am concerned that they can no-show like they do constantly on the road.

The Dodgers get a massive park upgrade facing Wade Miley in Milwaukee. The Dodgers aren’t typically a DFS darling, as they play late, the lineup isn’t often out, and they play in a division with multiple bad parks, so the ownership may be slightly lower than other offenses in a similar spot. Machado gets a dream matchup in his first game in blue and he is probably a top play on the slate.

Matt Boyd started off the year strong but has really struggled to get things going as of late and has shown the ability to get rocked. Now, he goes into a terrible matchup for a left-handed pitcher in Fenway Park. The Red Sox have struggled against lefties this year, but I love the mini-stack of Betts, Martinez, and Pearce to get all of the lefty killers at the top of the lineup.