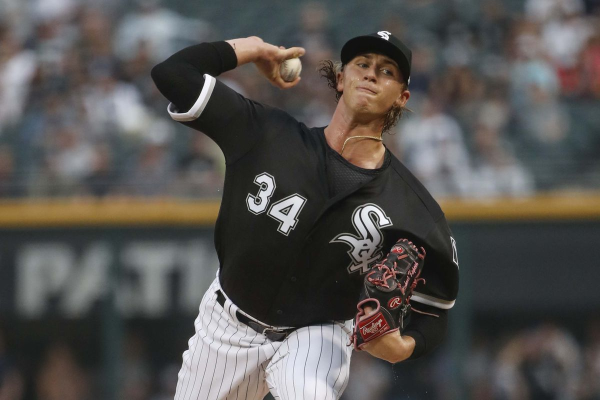 Here are our lineup tips for the games on Friday, August 31, 2018, in Major League Baseball:

Luis Severino is the highest priced pitcher on the slate and he has been a polarizing player of late. Severino has struggled a lot recently, but as I have mentioned before, there is nothing showing that should continue. Now, the only thing that I think is possibly happening with Severino is that he could be tipping his pitches.

Now, with his recent performance, I will roll the dice and assume that he isn’t. If you want to talk yourself off of Severino, there’s you’re out. The matchup is nice vs. a Detroit team that just isn’t scary and I think that makes Severino the top option on the slate for raw points.

Michael Kopech is an interesting case study for tonight’s slate. I assume he will not be used against a potent Red Sox offense, but I just may go there. Kopech has walked 0 guys in his first 8 major league innings, somewhat verifying my statement about him the first time I wrote him up. He has clearly fixed something. He typically walked almost a batter every other inning until the beginning of July.

Now, that seems like a non-issue and I think he can be a star soon. You wouldn’t know it from looking at the Red Sox scores recently, but the bats haven’t woken up until the end of the game. There have been multiple great starts by “not good” pitchers against this offense, only to be thrown away by the bullpen. I think Kopech is just good enough to beat this team if TrevorRichards and Giolito can. I really like Kopech in GPP’s today.

Austin Gomber is a good option in the mid-tier that may get overlooked today. If you look into Gomber’s stats, they may not look quite as impressive as they should. Just before his first major league start, Gomber added a slider. This slider has seemingly changed his game and he seems to have more swing and miss stuff than we initially thought.

Gomber was already a solid pitcher, but if he keys in on K’s, he may be much better than we know. Jack Flaherty was another Cardinal that came up last season and I said, eh. He’s good, but not there yet. Coming into spring training, Flaherty worked on striking guys out and now he’s a really good pitcher. I think this may have gotten to Gomber mid-season and it has really helped him.

Framber Valdez is one of my favorite options on the slate. He isn’t too expensive and he possesses a lot of upside. Valdez is a talented prospect that struck out 11.4/9 innings in AA ball this year.

While I don’t expect quite that, he will get K’s and the Angels offense does have the ability to struggle against talented arms with the back of their lineup being so weak. I think Valdez is one of the best plays on the slate unless we hear of a pitch count.

Antonio Senzatela is just not that bad of a pitcher. He is dirt cheap and going to Petco Park to play the Padres. Senzatela isn’t great, but he’s respectable outside of Coors and I think you have to just take the price and matchup here.

The Padres can be horrible against ANYONE. Senzatela is a great cheap option that I would actually be comfortable with in any format.

This is a full slate, so we have a lot of options. On such a big slate, ownership isn’t that big of a deal, but it’s also nice to find the 8th highest owned stack at 1% that still is in a good spot. I will identify my favorite chalk stack, value stack, and possibly under the radar stack.

If I had to guess, the chalk is the Rangers/Twins game, Yankees, Cardinals and possibly the Rockies. I think I like them in a similar order. The Rockies outside of Coors is just generally a stay away for me. Homer Bailey isn’t AS bad as you think. He’s just not the gas can everyone thinks he is, so I don’t need chalk St. Louis.

The Rangers face a kid that has struggled, but he also isn’t that bad. He has walk problems and those have spiraled out of control in 2 starts. The BABIP, LOB%, HR/FB% are all unsustainably high, so I will also stay away from what I believe to be #1 chalk of the night.

The Twins and Yankees are my favorite stacks. I like the Twins spot better, but their lineup isn’t as good. I think that the optimal Twins stack may be better over the Yankees, but I will use more Yankees stacks in GPP’s because basically all of their players are good for their price. I think incorporating that into your lineup building is very helpful and often overlooked. Jordan Zimmerman has shown homer problems recently and this is a clear spot to attack those issues.

The White Sox are an interesting play vs. Eovaldi tonight. I think no one will be on these bats and they have major upside. Eovaldi has been good, but he’s been unsustainably good. Recently, he has seen some regression which I expect to continue. I think loading up on a mini stack of WhiteSox power give you upside and differentiates you in tournaments.

My favorite lower owned stack is the Cubs. Nick Pivetta is talented but is also young. He is very inconsistent and this is a spot to attack that weakness. If the Cubs get to Pivetta early, I think that it could get ugly in a hurry. The Phillies bullpen can be shaky and if the Cubs get to the underbelly of this pen, watch out. I think the expensive Cubs should be low owned in a real upside spot on today’s slate.

After the Novak (or Novax?) Djokovic visa saga dominated pre-tournament headlines, we can finally look forward to some on-court headlines as the Australian Open gets underway. Djokovic news has taken the focus off of the tournament, which is certainly understandable. After all, the fate of the world number one and top seed would significantly impact END_OF_DOCUMENT_TOKEN_TO_BE_REPLACED