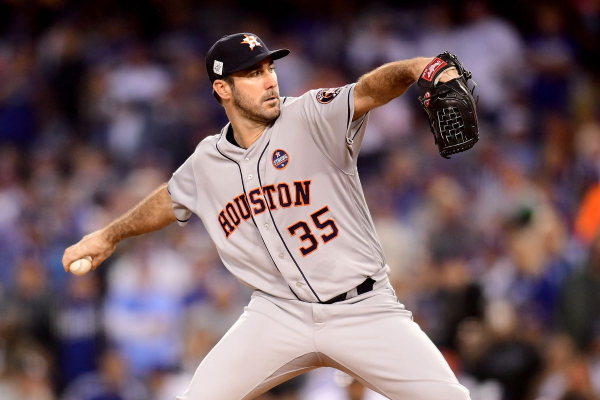 Taking a look at Major League Baseball within Daily Fantasy Sports for August 14, 2018:

The top tier pitchers are all in interesting spots today, but there are 3 that stand out over the rest. I think that Patrick Corbin, Corey Kluber, Rick Porcello, and Jameson Taillon are all viable IF you see something that I don’t really see. Corbin’s price and matchup in Arlington just aren’t good enough. Kluber hasn’t had the K stuff of years past and he goes into Cincinnati, which only helps hitters, and the Reds don’t strike out a whole lot.

Justin Verlander is probably the cash option for most players on this slate. He faces a K-heavy Rockies team that struggles more against right-handed pitchers outside of Coors Field. Verlander struggled last time out but has been great all season, posting great start after great start. I like Verlander today but the price is rather prohibitive, so I don’t know how much of him I will end up with.

James Paxton sets up to be the “GPP” play of the day in the top range. He isn’t as consistent as Verlander, but he gets a better park to limit power and a team that also strikes out a lot. Oakland does have a lot of power in the lineup, which can also limit the floor of someone like Paxton if they were to get ahold of a ball or two. I think I will have more Paxton than Verlander if I end up in this range today, but I’m not forcing either one into my lineup.

J.A. Happ has been really solid all season and has flashed a lot of K-upside since joining the Yankees staff. The Yankees have been noted around baseball for seemingly trying to get their pitchers to throw different pitches more often. It is possible this philosophy has helped Happ rely less on his fastball and get more K’s. I think Happ’s ability to rack up K’s and go deep into games should allow him to come close to the top pitchers on the slate tonight. The discount I’m getting on Happ is nice and he will probably be my most owned player in this tier.

Nick Pivetta has been great this season and now has to face the Red Sox at Citizens Bank Park. I would think that Pivetta goes unowned in this spot because the Red Sox don’t strike out a ton and he’s not quite a household name. I understand the concern of K’s, but Pivetta’s stuff is nasty and I think the Red Sox lineup is MORE vulnerable than their offensive numbers seem to suggest. Devers, Nunez, Leon, and Porcello, is the projected 6-9 hitters for the Red Sox tonight and that just doesn’t scare me as much as most people suggest. There are tons of lineups in baseball that have the Gauntlet at the top of the order that we tend to still roster pitchers against. The Red Sox offense is great, but overrated in DFS and I think this spot is exploitable by Pivetta in GPP’s.

Jake Odorizzi is a talented pitcher at a cheap price tag against an offense that I believe has overperformed this season. I think Odorizzi is a great GPP play if he is low-owned on this slate because he has the talent to get 20 to 25 fantasy points on any given night. The game logs may scare people off, but they are misleading. Odorizzi’s last 2 starts were bad fantasy night, but not really bad pitching performances. Odorizzi threw 101 pitches in 4.2 innings at the Indians and had 1 earned run, but lacked fantasy points because he came out early and the Indians don’t K. The game before, Odorizzi threw 3.1 innings before getting rained on and getting pulled at 75 pitches. Neither was great, but it’s not like Odorizzi has fallen off of a cliff recently.

Brett Kennedy shouldn’t even be in the major leagues. The Padres don’t want to waste a year on certain prospects they have in the minor leagues, so they bring up terrible baseball players instead. Okay, maybe not terrible, but not as good as other guys in their system. I think the Angels can destroy Kennedy and whoever comes out whats left of the Padres bullpen. The Angels are one of my favorite overall stacks on the slate.

Sal Romano isn’t horrible but he isn’t good and the Indians are getting a better park and a bad pitcher for their already thriving offense. The Indians are very expensive, so I think they may go slightly underowned without much cheap pitching. If I can fit the Indians, I love them on this slate.

This is all dependent on what the Rays plans are. I think it may be Jalen Beeks’ turn to pitch. If that is the case, this is my favorite offense on the slate. Beeks has been awful in the Majors and clearly need to fine tune some stuff in the minors before having an impact on a major league team. If it’s not Beeks, I think the Yankees are fine, but nothing great.

Mike Fiers isn’t this good and the Mariners may be really sneaky tonight. I don’t want chalk Mariners against Fiers, but I do want low-owned Mariners. I HOPE guys like Mitch Haniger, Nelson Cruz, and Kyle Seager are low-owned tonight against a guy in Fiers that they have seen before and doesn’t really have any secrets.