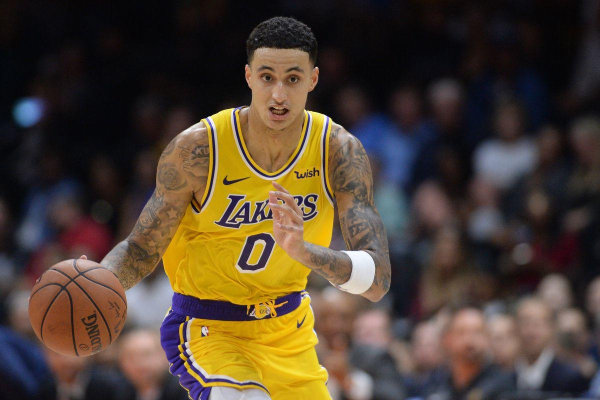 We have a great NBA slate on the docket today and it is filled with injury news. I am going to try and break down a few situations that could break the slate if we accurately project them correctly. We will also go over some top plays just due to matchup and pricing issues.

There are four situations that stand out to me at point guard on this slate. TomasSatoransky plays in another fast-paced game vs. the Hornets at a relatively cheap price. Satoransky has 10-10-10 triple-double upside in this spot and I will have a lot of him.

Dennis Smith Jr. was ruled out earlier today and EmmanuelMudiay should see a lot of run. Playing a lot of any Knick is scary, but Mudiay is a 6-7K player on the two main sites without DSJ in the lineup.

Basically any point guard that is playing in the Lakers-Pistons game is intriguing to me. Rondo should benefit the most with no LeBron because he should see all of the ball-handling duties. If you end up exposed to a lot of Rondo, I would suggest also throwing in some Caruso, who has been productive recently and would really benefit from any minutes reductions that Rondo could see on a back-to-back. ReggieJackson is way too cheap if he plays. He has left 2 games recently and returned and been involved in a lot of blowouts. I think he plays 30 minutes in a close game if he is in. If Reggie is out, Ish Smith becomes a great play at a cheap price in a fast-paced game.

I am really looking to pay up at this position, which is not normally the case. My favorite spot is the two guards in the Suns-Rockets game. Harden instantly becomes the top play on the slate without Chris Paul in the lineup and Devin Booker should take on more point guard opportunities with Tyler Johnson out. I like Booker right now, but if he is announced as the starting point guard, I will LOVE Booker to run back with Harden. If you can’t get Harden in, EricGordon should also get a nice bump without Paul.

Danilo Gallinari has been great since returning from injury. He was ruled out last game due to rest and I expect him to play, although he is currently listed as questionable with an ankle injury. I love Gallinari at lower ownership tonight.

Kyle Kuzma should see as many shots as he can handle in this spot without LeBron James on the court. I think Kuzma sees his normal run and should usually be defended by Luke Kennard and Blake Griffin. Neither of those guys scare me off of a Kyle Kuzma who could easily see 25 shots tonight.

Both Charlotte wings have eclipsed 30 fantasy points vs. Washington in the last month. I expect both Lamb and Batum to continue this trend and have solid to great games in a nice pace-up spot.

Bobby Portis has been great against Charlotte in 2 straight matchups and now he should see a worse defender in Hernangomez. I expect Portis to get at least 35 fantasy points in this spot, which is a great projection for his price.

Nemanja Bjelica has played 27 or more minutes in his last 4 games and he is a good fantasy point per minutes producer. I think it is possible that we see Marvin Bagley rested coming off of an injury and that would increase Bjelica’s minutes to at least 30 minutes if he continues to play well. He is a boom/bust play, but the 40 point upside is undeniable at his price point.

Andre Drummond has been great over the last month and now he plays the Lakers in a fast-paced spot. Drummond should be able to feast on a bad Lakers front-court and put up 50 fantasy points with upside for a 20-20 game.

Jusuf Nurkic plays the Pelicans tonight in a massive pace-up game where he should be much stronger than anyone down low with him. I don’t expect Nurkic to struggle with Davis when he is on the court and he should kill Randle or anyone else the Pels attempt to throw at him.

Javale McGee is very interesting at a cheap price tag. Without LeBron, the Lakers will need more from everyone on the roster and I think McGee will need to play a lot in this matchup. Jonathan Williams, Wagner, and Kuzma cannot handle Drummond and If McGee doesn’t get his 30 minutes, I think Andre is only an even better play.