Who’s Coming to London? The Race for the ATP Finals is Heating Up 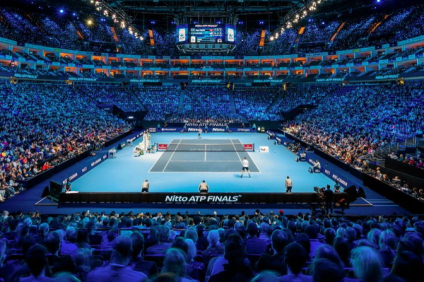 The end of the ATP season is rapidly approaching, with the ATP Finals set to start in only a couple of weeks. The season-ending event features the top 8 players of the year and crowns a Tour Champion (along with handing over a big check to the winner). This means there are only a couple of chances to earn the points necessary to make the final 8, and while some of the spots are already sewn up, the battle is on for the final exclusive invitations.

Looking at this year’s list of top players and those who have already qualified, you could be confused by what year you are living in. Tennis has been in a golden age for the last 15 years, and this has been dominated by the players who are heading to London again this year. There are already 5 spots that have been confirmed, and they go to the following players:

Three of the top players in the history of the game are right back at it again this year, and if you are a fan of the sport, you should be watching the ATP Finals for that reason alone. The legendary Federer, Nadal, and Djokovic have all sustained injuries in their careers only to come back to form (fingers crossed for Andy Murray to do the same), and between the three of them, they have won a staggering 51 Grand Slam titles.Seeing them battle each other at the top of the game for a decade has been a real treat for fans.

The other two players on that list are more than deserved as well. Del Potro could have been in the mix with the Top 3 after winning the 2009 US Open, only to have a series of injuries derailed him. Thankfully, he was able to make it all the way back to the top level of the game, andthis has been evident in his play in the 2018 season. Zverev, on the other end of the spectrum, was barely alive when Federer started his torrid streak of Grand Slam excellence. Heis considered one of the young guns vying to be part of the next wave of champions, and with some big wins under his belt, he is separating himself from the pack.

The final three spots are up for grabs

With only a couple of events left to play, there is a battle brewing for the final three spots. While it is looking more and more likely that hose in spots 5-8 will hang on, anything can happen!

Cilic isinthe catbird seat, as it will be tough for him to slid all the way out of the top 8 at this stage. He has had a great season, with some big wins over the top players, so it is fitting that he will make it to London.

There always seems to be one giant man in the final eight, and Kevin Anderson is the lock for that spot this year. The South African with the booming serve has had quite a run over the last couple of years, having made the finals of a Grand Slam in each of the last two years. He will need to make sure not to lose early in the final tournament to ensure his spot in London.

Another one of the young guns trying to unseat the Big 3, Thiem has also had a great year, peaking with three tournament wins and a finals appearance at Roland Garros this past May. Thiem is a tough player to beat who has a full set of weapons available at his disposal. IF he makes it into the event, expect to see an upset along the way.

Isner is the only U.S. hopeful to reach the ATP Finals, and the sport in that country could use the shot in the arm. Isner is not a young man anymore, and he has been bubbling under the top 5 for some time now. His serve alone can get him past almost anyone, but he’s going to need a win in the final week to find himself booking a ticket to London.

The ATP Finals is always a highly anticipated event especially given its round-robin format. We will have a full preview of the event when the final three spots are determined!