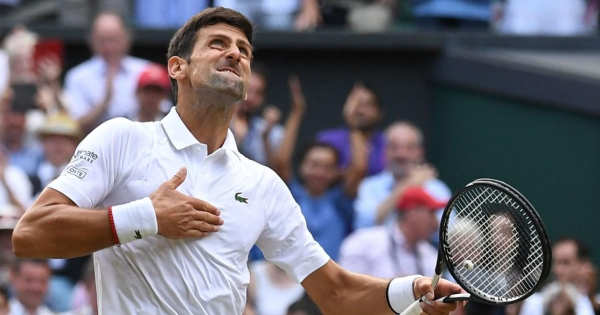 It was a match for the ages, but while Djokovic vs. Federer brought in big-time ratings for tennis fans around the world, did it bring in a boon for sportsbooks?

One of the purveying myths that exists in the present-day sports betting market is the idea that the sportsbooks are always getting crushed if there is an advantageous amount of money on the underdog. The traditional thinking is the following: the square bettors often take the perceived underdog, especially if it’s in a situation where they deem that a certain player is by no means as bad as the odds may be advertising. Case in point: Roger Federer versus Novak Djokovic, which would go on to be one of the most legendary tennis matches in the history of the game.

The match brought in a ton of viewers, and there is no doubt that it will be remembered as a match where Federer had it in the bag and let it go. But while most casual fans will dispute the storylines until you’re blue in the face, only a select few will understand the tennis markets leading up to the tournament and its final games of the season.

Because Djokovic was one of the big favorites for the tournament, it’s very likely he is going to be in a place where such an outstanding player absolutely crushes the tournament, and so-called squares make a ton of cash.

The Djoker opened up the tournament as the de facto favorite, and in the final match against Federer, Djokovic was about a -230 favorite, depending on the market. While there are a lot of different kinds of tennis wagers, oddsmakers set odds for these matches no different than any other sport, enabling the books to get as much even-sided action as they can.

This is absolutely critical, and until something else changes, then it’s going to ensure that the same exact results are present whenever such a match is set.

So did the books get crushed? Well, it’s not an easy question to answer.

One of the biggest mistakes novice bettors make when trying to be the old “sharp” vs “square” dichotomy, which doesn’t necessarily indicate one way or another whether a match or contest is going to end a certain way, blindly look at betting percentages and automatically bet with whatever side is not on the highest percentage of money side.

However, most novice bettors fail to realize that these percentages that claim to show exact percentages from sportsbooks do not account for the vast majority of markets, and they also fail to show whether or not the money percentages are reflective of actual sharp or square money. While most people use steam to determine whether or not sharp money is on a given side, very little steam was actually present in the matches, but it’s not possible to actually see how books as a total actually performed.

Based on the overall performance on the match, it’s likely the books actually did fairly well. Based on the amount of ebbs and flows throughout the match, enough wagers were placed on both sides of the match. Also, take into account the fact enough people bet on the futures wagers for other players that those wagers would’ve offset the amount wagered on the tournament favorite in Djokovic. With the perceived value on Federer, it’s also very likely that there was enough money placed on Federer to even out the wagers placed on Djoker, even for the final.

Ultimately, when wagering on any contest, always keep the following in mind: There is never going to be a game that “breaks” the books. While “sharp” players win frequently through smart money management, +EV wagers, and discipline, the books very rarely take serious hits from games.