Coco Gauff Excites the World With Her Tennis Play at Wimbledon 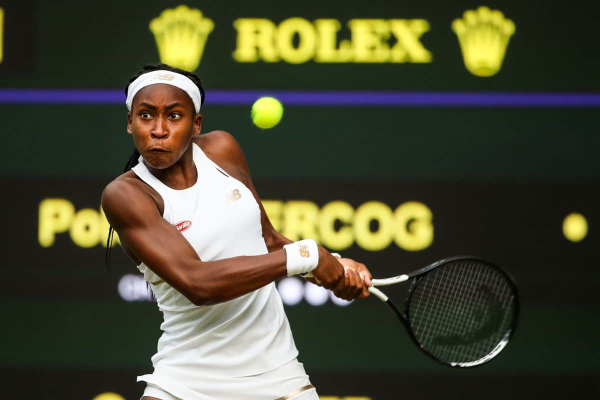 She’s been the most electrifying story of Wimbledon — she’s a story that will be legendary. But should you be betting your hard-earned money on her?

Coco Gauff is absolutely incredible. It’s a story you’d come to expect out of a kid’s movie or something along those lines, but this isn’t a movie. This is a girl who hasn’t even reached her 16th birthday, and she’s already cashing betting tickets and helping people score big bucks.

What? Not a fan of that opener. Ok, gambling aside, Coco Gauff is an amazing story, and no, we know, she isn’t the first young lady to dominate a major tournament, but without a doubt, we’ve never seen someone her age come onto a court at Wimbledon and take down legends like Venus Williams like it was nothing. In her recent match against Polona Hercog, she dropped the first set, but went on to win two consecutive sets and come back to win, at one point in the match, she had fewer than 10-percent chance of victory, and she was still able to win the match.

This sort of ability to never get down and still dominate is what makes Gauff, even at 15 years of age, a future Major champion, at least in terms of her mental makeup, but the question remains: Is she worth betting on going forward, and should you be fading her?

One common aspect of sports betting is a term called recency bias. Actually, it’s a term that people are familiar with in any realm of investing. When it comes to Gauff, there’s no doubt that there is major recency bias going on with her.

Because of her name, her momentum, a lot of casual gamblers are finally going to finally jump on the Gauff train against Simona Halep, to whom she is a huge underdog. There is no question, if the time to bet Gauff is gone, it’s definitely gone now. At this point, any wagers on Coco would be a total wash.

Some might say, “Ride the wave.” You’re getting a great player against what has been a huge underdog, or so you think. In reality, Gauff opened as the favorite in her prior match against Hercog, and now, she is a +370 underdog up against Simona Halep, a ranked, world-class player who should wipe the floor with Gauff. She should have an 82 percent chance of victory, meaning that the hour may be striking midnight come Monday morning.

So what is the smart wager here? How should it be played? Well, rather than buying into recency bias like a lot of other people, it’s time to do the smart thing: fade Gauff.

Rather than riding the wave, you need to fade the wave. As all waves eventually do, they come to shore and “hit the wall.” The time is now to jump off the Coco train, as while she had a good run, that run is very soon coming to an end. While it may be a bit risky to bet the total number of games on the spread, betting her straight-up to win is just an unlikely outcome. Sure, she may very well win, but in all likelihood, it seems more likely that she is going to fall short and not be able to win the match.

Halep is just a far superior player, and while the Gauff story has been entertaining, it’s much more entertaining to cash a winning betting ticket. So don’t ride the wave, fade it.

While it’s been a terrific story, the story ends Monday morning when Halep cruises to victory, likely in straight sets.