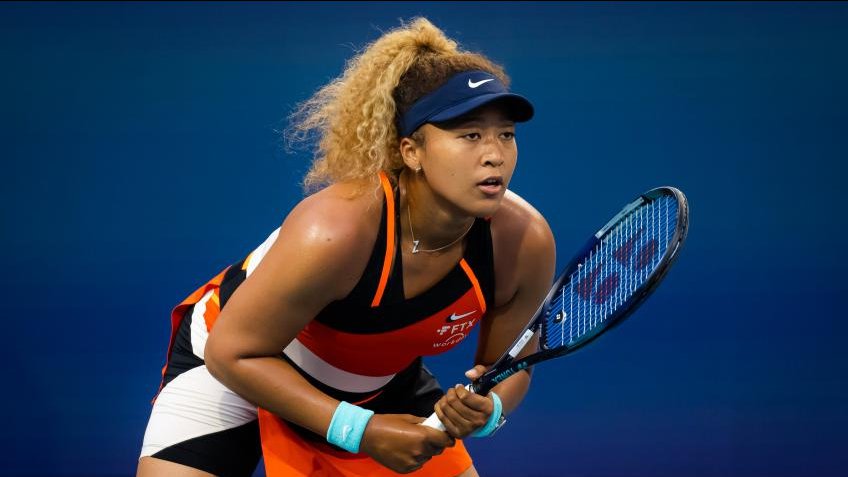 After an upset-filled tournament, only one of the top seeds remains in the Miami Open women’s singles draw as we get set for Thursday’s semifinals. But if chalk prevails in the semis, we will see two Grand Slam champions face off in the final this weekend.

In the first semifinal, Belinda Bencic, the #22 seed, will face the resurgent Naomi Osaka. The four-time Grand Slam singles champion entered this tournament ranked in the 70s and coming off of an early exit at Indian Wells. But she has played her best tennis in some time in Miami and is two wins from winning her first tournament since the 2021 Australian Open.

In the other semifinal, #16 seed Jessica Pegula will take on #2 seed Iga Swiatek. With Ashleigh Barty announcing her immediate retirement from tennis last week, Swiatek, the 2020 French Open women’s singles champion, will move to the top of the rankings following the Miami Open.

Regardless of how this tournament turns out for Osaka, it is a great sight to see her in excellent form again. Since winning the Australian Open last year, there have not been a lot of highs on the court for the former number one.

That includes her second-round exit at Indian Wells, in which a heckler threw her off of her game and drove her to tears. But she has bounced back in a big way in Miami and has already beaten last year’s quarterfinal finish, which was her best result in five previous appearances in the tournament.

Osaka has won each of her completed matches in straight sets. That includes a 6-2, 6-3 win over #13 seed Angelique Kerber in the second round and a 6-2, 6-1 domination of #9 seed Danielle Collins in the quarters.

In her win over Collins, Osaka finished off the American in only 59 minutes, broke her five times in eight return games, and delivered 13 aces, her most in a match since she had 15 in a three-set third-round loss to Leylah Fernandez at the US Open last September.

Bencic has been no slouch herself in Miami. She has lost only 17 games in her four matches and has been broken only four times.

Bencic has certainly played well in her run to the semis, but Osaka has had the more challenging route. Bencic has yet to face a top-50 player, while Osaka has faced three, including two top-15 players in Collins and Kerber.

The Tokyo Olympics gold medalist actually has a perfect 3-0 record against Osaka in competitive WTA matches, it must be said. All three wins came in 2019, and Bencic dropped only one set total across the trio of wins.

But when Osaka is playing this well, she is tough to contend with. Look for her surge to continue and take her into the Miami Open final. There isn’t a lot of value in backing Osaka to win straight up, but Osaka -3.5 games (-132) is solid value, and so is backing Osaka to win the first set and the match (-136)

Swiatek guaranteed that she would ascend to #1 with a second-round win over Viktorija Golubic, but she isn’t satisfied with just that as she seeks to win her third straight tournament following wins in Doha and at Indian Wells.

She has shown no signs of letting up in Miami, dropping only 15 games in her four wins. On the way to reaching the semis, Swiatek has been broken only twice, which is the same number of bagels she has doled out.

Like the other three semifinalists, Pegula has not lost a set at the tournament either. But part of that can be attributed to the fact that she played only one set in her round of 16 win over Anhelina Kalinina, who retired after a bagel in the first set, and was up 4-1 in the first set of her quarterfinal match with Paula Badosa when the fifth seed retired.

Pegula may not have had to play too much in her past two matches, but she has been pretty darn good in her time on the court in Miami.

In addition to the aforementioned wins, she knocked out Sloane Stephens 6-1, 6-4 in the first round and had an impressive 6-3, 6-4 win over #17 seed Elena Rybakina in the third round.

But Swiatek is on a much different level than Pegula’s other opponents, and Pegula will need a serious effort to repeat her win in her only other WTA match against Swiatek, a three-set win in the round of 16 of the Citi Open in 2019 (where Pegula would win her first and only WTA title to date).

With Swiatek such a heavy favorite, it is harder to find good betting value in this match than the other match. Swiatek to win in straight sets is pretty juicy at -170, so if you don’t want to take that route, the best choices are Pegula under 8.5 games (-126), Swiatek under 12.5 games (-130) if you think she won’t need to exert herself too much in either set, or under 20.5 total games for the match (-145).

The 2022 Formula 1 season is only six races deep, but the race for this season’s championship alerady appears to be down to just two drivers. Last season, Red Bull driver Max Verstappen claimed his first Formula 1 World Drivers’ Championship in highly controversial circumstances, with Lewis Hamilton denied what would have been a record-breaking END_OF_DOCUMENT_TOKEN_TO_BE_REPLACED