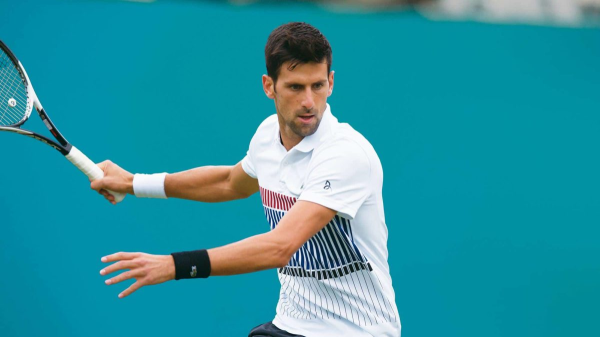 The U.S. Open begins Monday and runs two weeks until Sept. 8 when the winner of the men’s singles title will be crowned. This event is the final major tennis tournament of the year and takes place in New York.

Arthur Ashe Stadium and the atmosphere surrounding this event makes this one of the best tournaments of the year to watch and to bet on. This major tournament brings all of the world’s best tennis players to one location to battle for the best in the sport.

Tennis is a very unique sport where there are almost three completely different tennis matches due to different surface structure. While I love the clay at Roland Garros and the grass at Wimbledon, the hard surface that the U.S. Open is played on is my favorite surface of the three.

Around the tennis world, there are clearly players with different styles, backgrounds, builds, and skills, and this is what causes players to benefit from different surface types. Hard courts are really the middle ground between slow clay and fast grass, and I think that it provides a lot of viewing pleasure knowing that each style can win out.

This surface rewards players for truly being the best player on the court that night, and I absolutely love that. A finesse player that’s at the top of their game could beat an elite big hitter and vice versa based on just how well each player plays. It allows players to simply show up and win by being the better overall tennis player.

This is why Novak Djokovic is my favorite play on the board at +120 to win the tournament. Djokovic has reached the semifinals in every tournament he has played in since April, and even that loss came to Daniil Medvedev, who boasts the fourth-highest odds in this tournament.

The great part about betting on the Joker here is that he WILL be a pretty sizable favorite in every match, and he will allow you the opportunity to hedge in the semifinals and final if you so choose, especially if there is an upset or two along the way. Djokovic is the most well-rounded tennis player in the world right now, and I expect him to prove this yet again in New York.

If you are feeling a bit frisky, why not bet on the player that has handed Djokovic two of his last four losses in Medvedev? Medvedev has flashed multiple times this year and would be an instant winner if he can advance past the quarterfinals, where he would be expected to face off with Djokovic.

What I mean by instant winner is that a win over Djokovic would allow you to easily hedge out on the semis and final at a decent price, since Medvedev is +1300 right now.

If you want a long shot, I like Nick Kyrgios at +5000. Kyrgios is a bit of a hot-head at times, but this also is mixed with being elite at times when he is focused. Kyrgios avoids Roger Federer, Medvedev, and Djokovic until the final and has had a lot of success against Rafael Nadal compared to what you would expect over their career matchups. I think Kyrgios could make a run to the final.

Serena Williams is my favorite play on the board, meaning that I am riding with the chalk on both brackets this year. Serena has been generally solid in her limited action this season, and I expect more of the same here.

Even when Serena has been a bit off of her game, she has been solid at majors, and I expect her to perform here. At +500, Serena will be a favorite in every match at this tournament, and I think that she has a nice path to the top four, where you can decide to ride Serena or take a profit hedging out.

Sloane Stephens has had a lot of success at the U.S. Open in her young career, and I think this is an elite buy-low spot on Stephens. She has struggled a bit of late, but in the last two years, she lost in the first round of Wimbledon and bounced back to get a win and back into the quarterfinals at the U.S. Open. At +3300, the quarterfinals would be more than enough to hedge out, but I think Stephens can make an even deeper run.

Stephens is notably inconsistent, which is not great to bet on, but this price is expecting her to perform down to her last few performances and is not banking on the elite talent she possesses if she gets rolling here.