Women Rule! When will the Men Catch the Women in World Cup action? 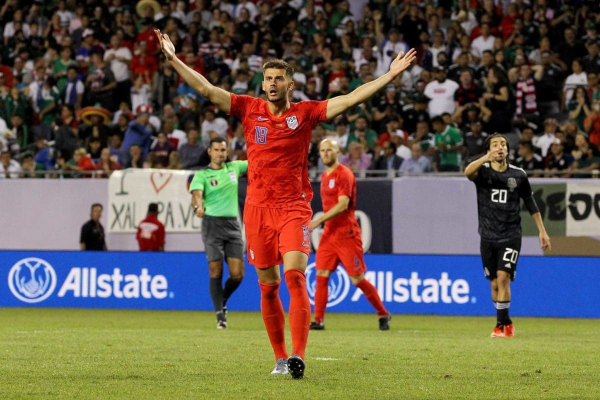 As the United States still bathes in the champagne and confetti following the victory by the American women’s team, it raises a critical question: When are the men going to be as good?

While the USA Women’s team showed the world that they were undoubtedly the best female soccer team in the world, going on an insane run in the World Cup where they never trailed and decimated their opponents, it would show that there was no doubt that the United States women led the charge for the beautiful sport and its female participants.

But there is a curious juxtaposition that is hard to ignore. While the USA Women’s team has been tremendously successful, the American Men’s team has failed to garner the same amount of success. While there is a myriad of reasons, very few players are open as to why this is so. Even so, there are fewer American soccer fans than other parts of the world, so getting a straight answer can be quite challenging.

While the women’s team was basically a stone cold lock every single game of the World Cup, betting on the American men’s team is akin to self-flagellation. When do you know if you’re going to get them on a good night or a bad night? The answer: You simply don’t know. While there are talented players like Jozy Altidore and Tim Bradley, outside of those two, few American citizens could tell you a single player on their rosters.

While Team USA did have themselves a few good ball games in the Copa America, they were still exactly what they have been for many, many years, a tremendous disappointment. The underwhelming American Men’s team was felled by the Mexican national team in a 1-0 snooze fest that featured a brilliant blown chance (a bit oxymoronic) where Altidore completely sliced a rolling kick that went wide of the box.

In that one moment, an incredible pass and dynamic chance for USA’s best attacker was a complete gaffe. So what gives? When is Team USA going to finally make men’s soccer great again? Well, to be frank, don’t count on it anytime soon.

When you compare the elite amateur basketball and football circuits to the soccer circuits in the United States, it’s not even close. While elite athletes of that variety certainly get opportunities to play, in the grand scheme, these institutions just aren’t in place for soccer in the United States. When you look at countries in Europe and Latin America, they are churning out elite soccer talent in large numbers because culturally and constitutionally speaking, soccer is a sport with a tremendous pipeline of talent.

In the United States, on the other hand, such a thing simply doesn’t exist to the extent needed to facilitate world-class soccer talent that could beat the Germanys, Argentinas, and even the Mexicos of the world.

Traditionally, in the United States, the best athletes play the most lucrative sports. If a kid has great football talent and great lacrosse talent, sorry lacrosse, but that kid is picking a potential multi-million dollar contract in the NFL over playing in the MLL — that’s Major League Lacrosse for those of you not paying attention.

Plain and simple, the country’s best talent, athletically speaking, are not playing soccer. They are off playing other sports that will pay them what’s worth it for their high-level athletic prowess. Overall, however, you should be realizing just how challenging it is for the USA to compete on a global scale with these other countries in the beautiful game, and while it may be a very long time for it to happen, it’s going to show up here, one way or another.