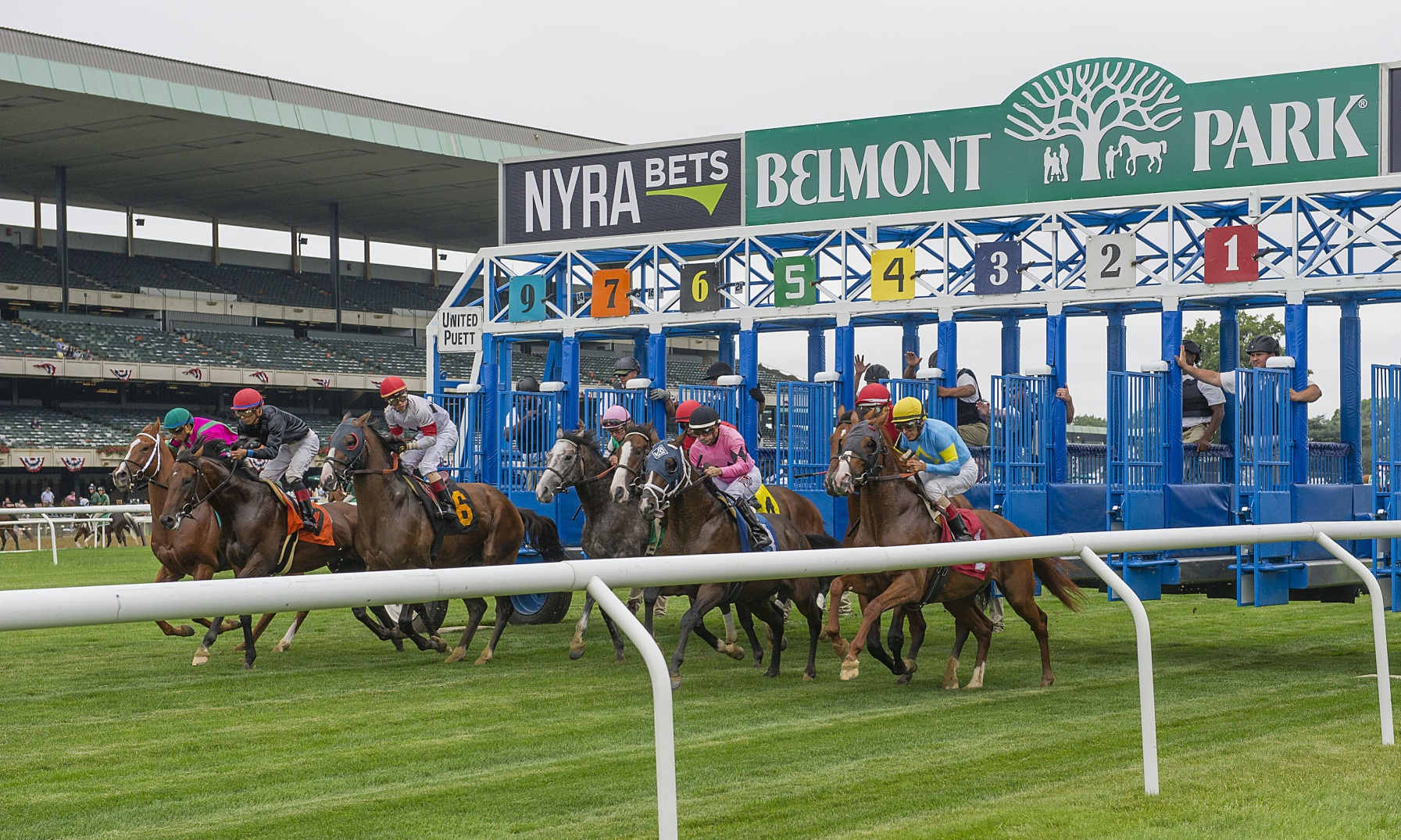 The main race on Belmont Park’s card today is an inner turf route for fillies. The girls will get to the first turn very quickly and being on the inside should help settle in an optimal position.

Three of the fillies come to us straight from Europe which complicates handicapping a bit but that also makes the odds on a potential winner more attractive. An uncertain public makes the betting pool more even and offers a lot of value.

The field is very well matched, and it is a wide-open race, but pace handicapping tenets tell me that a longshot could surprise.

Analysis and picks for the 9th race at Belmont Park on September 15 2018:

Number 1, BARKAA, works for a trainer who has been able to continue his winning streak coming back from Saratoga. He actually brought 3 of the 8 horses in the field so that training angle does not necessarily make the evaluation simpler… BARKAA competed in two straight Grade 1 stakes in France but did not make much of an impact. Before that, she won a Grade 3 race easily so considering that France’s turf is miles ahead of the American kind, we can bet that BARKAA is in the right class category today. Important to note however is the fact that her last race was three months ago and the recent training is not too impressive. The distance is not an issue and the post position is great so BARKAA definitely has a strong chance if she is fit but as the favourite, I am not sure that she is the right bet after that layoff.

Number 2 SHADAN also works for reigning training champ Chad Brown and she also comes to us straight from France after a layoff. The training since she arrived is not too impressive either and contrary to Barkaa, SHADAN is actually going up in class. That does not sound great but there is one key element adding to SHADAN chances today: she is likely to be left alone on the lead without much pressure. On the Belmont Park inner turf, that’s a pretty serious advantage. SHADAN does not have the class of some of her opponents but the pace advantage might prove critical and at 12-1 morning line odds, SHADAN is a very interesting bet.

Number 3, CAPLA TEMPTRESS is another European import but she has raced a bit in the USA and did well in Graded Stakes. She won last year, at two years old, in a turf Grade 1 but has not been able to find the winner’s circle since. The last race was her best in a while and the workout since indicates that she has kept some energy. CAPLA TEMPTRESS is most likely at the right class level but on the Belmont Park Inner Turf she should be careful not to fall too far behind in the early goings. CAPLA TEMPTRESS has a good chance based on recent form and class but the pace scenario today is not likely to help her much. I don’t think that the odds justify a bet in these conditions.

Number 4, REVERSETHEDECISION, comes off a win at an easier class level and did so in optimal conditions for her late running style. She took a rest, which works well for her usually, and comes back to the track after some solid working out. The fact that she is the third Chad Brown entry here is a plus. But compared to her stablemates, not even considering others, REVERSETHEDECISION seems to be a few class notches below. She won on the distance and does not draw a too poor starting gate but based on class and pace, I think that REVERSETHEDECISION does not have much of a chance today.

Number 5 VICTORINE is the most mysterious of the field. She comes to Belmont Park straight from France. She does not have any published workouts. She is trained by a Frenchman making a first ever attempt in the USA and is ridden by a jockey making a US debut. That’s a lot of uncertainty… What we know is that VICTORINE has done ok in Grade 3 stakes in France and won on longer distances. She also belongs to Rothschild who is one of the most successful racehorse owners in France. In the last race she showed she could keep up with the pace and today she will have an easier race if she can stay close to the leader. VICTORINE makes a long trip to come to Belmont Park and her connections are not idiots so we can bet that she comes with ambitions…

Number 6, COLONIA comes down one class level after a decent Grade 1 attempt and contrary to many in the field, that performance took place relatively recently so fitness is not really in doubt. The decent workout of COLONIA seems to indicate that she still has some energy. The issue I see is that she is a very slow starter and should fall far back in this race, which will make a win complicated in an expected slow pace. Add to that a relatively poor post position and I think that COLONIA will have a difficult trip, not conducive to a win.

Number 8, SECRET MESSAGE won a Grade 3 stakes last month on this distance and that is sure to attract a few bettors. The recent success of his jockey will probably attract a few more. SECRET MESSAGE has some drawbacks however, including her usual slow starts which can prove very costly on the Belmont Park Inner turf. Even if SECRET MESSAGE is able to start better than usual, she will still be parked outside for the first turn and that again can cost a lot at Belmont Park. SECRET MESSAGE is likely to be overbet so in this competitive field, I think that there is no value in having her on your betslips.

It is a very evenly matched field with a lot of new faces and that makes taking definitive decisions very difficult.

Interestingly, there is only one horse with early speed and he draws a very good post position. He is a local unknown and therefore is likely to be left alone in the betting as well as in the lead.

SHADAN has proven that she can go all the way on this distance and even though she steps up in class, I think that she has a very good shot and could pay off handsomely.

Another French horse likely to be a bit ignored by the public because of the lack of information is VICTORINE. There is little that we know about her except the fact that her trainer and owners are not rookies so they probably don’t cross the Atlantic just for the sightseeing. VICTORINE should go out at interesting odds and is a good bet at least to add in the exotics.