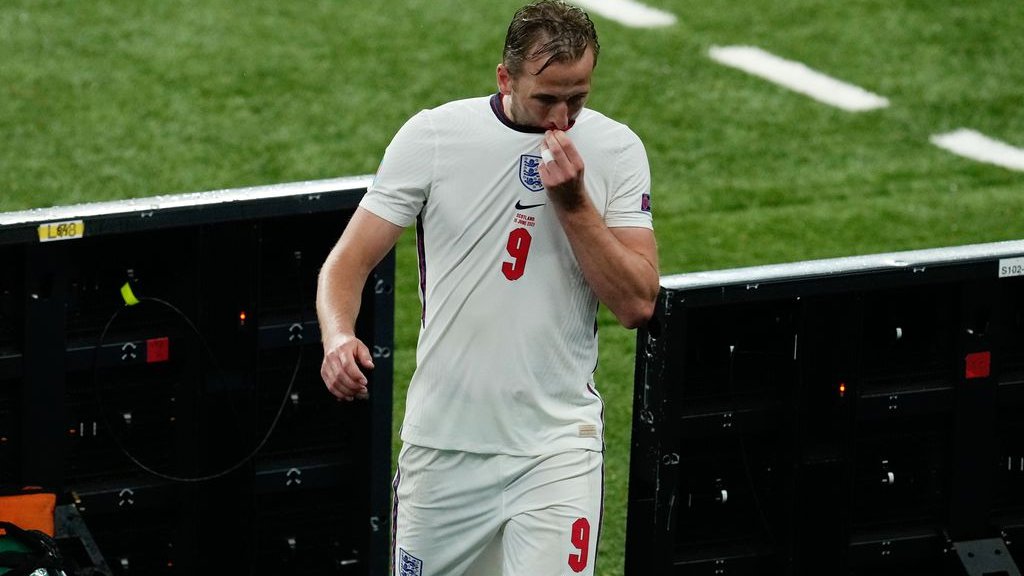 It was anything but a mundane Monday for Euro 2020 yesterday. Group B and Group C both concluded in an eventful manner.

In Group C, the Netherlands did not leave a lot of suspense about who would win the group. North Macedonia fought hard as they did against Austria and Ukraine, but the Netherlands won 3-0 to wrap up a perfect group stage run.

In the other match, it was expected that Ukraine and Austria would play out a draw. That result would have all but ensured that both teams advanced to the round of 16. But Austria did not follow the script, and Ukraine could not find a reply to Cristoph Baumgartner’s 21st-minute goal. As a result, Austria finished second in Group C and booked a meeting with Italy in the round of 16. Ukraine, however, will have a nervous wait to see if their three points will be enough to see them through to the knockouts.

The biggest drama, however, was in Group B. In a spell of about 15 minutes or so, Denmark went from being on the way out of Euro 2020 to being on the way to the round of 16. With Group B winners Belgium downing Finland 2-0 and Denmark seeing off Russia 4-1, Denmark finished second in Group B.

With how yesterday played out, only five spots in the round of 16 remain up for grabs. England and the Czech Republic are both certain to advance, as they both sit on four points. They will face off with top spot in Group D at stake, but should we expect an entertaining match or a borefest? In the other Group D fixture, Scotland takes on Croatia in Glasgow. Nothing less than a win will do for either team, which could lead to an open, exciting game.

How will today’s Euro 2020 action shake out? Let’s take a look at today’s matches and the best bets for each match.

Both teams are on four points, but the Czech Republic have the edge at the top of the group on goal difference.

There’s a fair argument for England to not go all out for the win in this one. The team that wins Group D will face the second-place team from Group F, which could be France, Germany, or Portugal. On the other hand, the second-place team in Group D will face the second-place team from Group E. There’s a possibility that could be Spain, but it could also be Sweden, who England beat in the 2018 World Cup quarters. At the same time, the path that the latter matchup is on is the one with tougher matchups in the quarters and semis. The winner of Group F is a possible quarterfinal matchup, and Italy or Belgium could be ahead in the semis.

So which way will England play this one? After stinking up the joint in a goalless draw against Scotland, the Three Lions are under pressure to perform. So while a draw today could be profitable from a strategic standpoint, it’s tough to see them taking that route after such a poor performance against Scotland.

The Czech Republic was not expected to do much, but with a win over Scotland and a draw against Croatia, they have already wrapped up qualification for the knockouts. It will be interesting to see how they play this one out as well. Will they actively push for the win? Or will their aim be to absorb England’s pressure and hold out to secure top spot in the group.

England team total over 1.5 (-140): Given the options that England has in attack, to have only one goal in two matches is not good enough at all. There are no guarantees about how they will approach this one, but it’s reasonable to assume that they will be inspired to not repeat their Scotland performance.

In the Euro 2020 qualifiers, England routed the Czech Republic 5-0 at Wembley, led by a Raheem Sterling hat trick. They won’t need to repeat that scoreline to make a statement today, but look for a much better showing than Friday’s.

Scotland and Croatia have both failed to fire at Euro 2020, but neither can afford to draw blanks today. Croatia has only one goal in two matches, which was Ivan Perisic’s equalizer early in the second half against the Czech Republic. For Scotland, it has been a scoreless start.

Will that change today? Croatia has options, but those options have done very little. Scotland does not have the same level of quality depth in attack, but someone needs to step up. Whether it is Lyndon Dykes, John McGinn, or someone else, it’s now or not at all.

With both teams needing to actively play for a win, expect an open game in the first half.

Croatia vs Scotland over 2.5 (-118): Overs have not been popular with either team recently. Only four of Scotland’s last 15 games have gone over 2.5, and for Croatia, only one of their last seven matches has hit on the over 2.5.

But based on the scenario, this is as good a time as any to back the over. Also, based on both sides having a need to win, there’s a lot of value in backing the over 1.5 for the first half, which comes in at at +172.