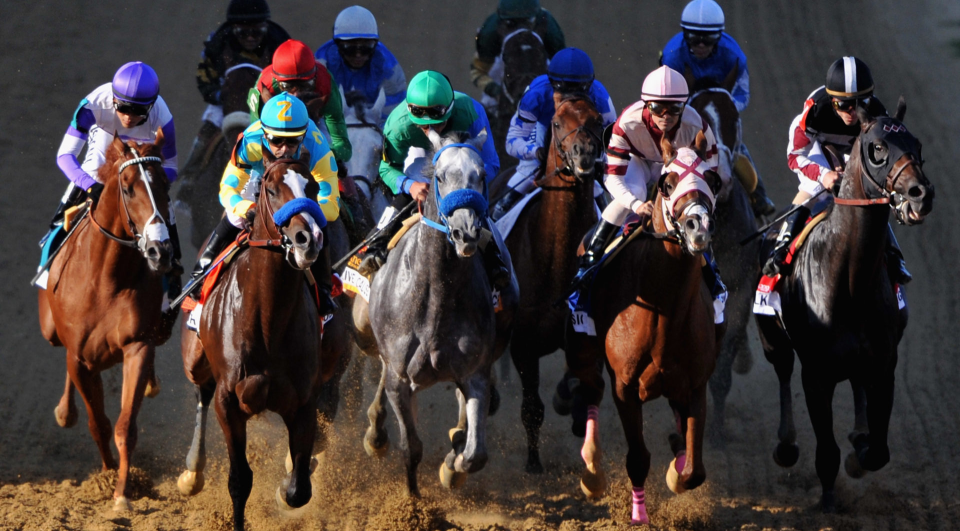 A cheap claiming race mid-week is generally not a very exciting betting proposition but this one is different.

The likely favorite is a terrible bet in my opinion and the odds on her opposition should therefore offer a lot of value.

The key here is the single speed horse, starting from the outside post position. If she is not too weak, she could take them wire to wire at interesting odds.

Sprint races in the USA are mostly won by horses going straight for the lead or staying close. This racing season, the winner went wire to wire about 30% of the time in sprint races at Belmont Park…

Moreover, on the Belmont Park dirt track of 6 furlongs and a half, there is a track bias for the outside post position.

In this race, there is only one horse who looks like a speed horse and this horse drew the outside post position.

In terms of bias, it is about as good as it gets… That makes her a terrific bet despite the low racing class!

Number 1, LITTLE MISS JULIA (m/l odds 8-1) has won twice on the second race coming back from a break, so it is quite possible she pulls it off a third time. She does not have the most impressive record but one of her wins did come at the distance. She won in the past with this jockey and runs at probably a more appropriate class level for her talents. These angles are pretty interesting considering her likely longshot odds today…

Number 2 CURIOUSNCURIOUSER (m/l odds 9-5) comes back from a two-month vacation after being entrusted to a better trainer. The trainer wins a lot when resting a horse and dropping it in class so that’s encouraging. CURIOUSNCURIOUSER has won her only start at the distance but she has a come from behind style that should not be helpful today. There are some things to like but she is listed as the second morning line odds favourite and, at that price, the doubts mean that it is better to pass.

Number 3, PATRIOTIC ENDEAVOR (m/l odds 1-1) is the morning line odds favorite, based on the fact that she has the best speed figures in the group and was racing at a much higher class level last year. That last aspect is a concern for me however. She was doing ok at the allowance class level, came back to run in an ungraded stake where she was soundly beaten, and now PATRIOTIC ENDEAVOR has been dropped way down to the cheap claimers. She does not seem very well suited to the distance and has the wrong racing style for today. She is a very weak favorite and should be bet against.

Number 4, FORRES LILY (m/l odds 12-1) won coming from behind on a relatively similar distance in March but since then has failed three times at a similar class level as today’s. Today, she puts on Blinkers, so she should have more early speed and maybe go back to an early speed style she tried in previous races. FORRES LILY does not have a great record in terms of speed figure so her overall quality is probably too poor for even that class level and the longshot odds are not enough to warrant a bet I think.

Number 5 SPECIAL RISK (m/l odds 3-1) is apparently the only speed horse, likely to go for the lead and get it. She has run mostly on longer distances but did not do so poorly in sprints. The speed figure last out is one of the best she earned in a while and earlier in the year she managed to earn a figure above par for this class. With the track bias angle and pace handicapping angle, SPECIAL RISK should have a lot of things going for her today.

Pace handicapping tells us that the single speed in American sprint races has a tremendous advantage of the competition and today we combine that with a track bias and a weak favourite.

There are no sure things in life but a bet on SPECIAL RISK looks to be a value bet.

It is of course a weak field overall, so it would be interesting to bet based on the history of LITTLE MISS JULIA. She will come from behind but has won twice in a very similar setting and she is going to go off at interesting odds. A win bet is not a bad idea if you have your doubts about SPECIAL RISK and I think that you should at least have LITTLE MISS JULIA in your exotic bets.