2023 NHL Metropolitan Division Title Odds and Favorites: Three Teams Under a Blanket for the Metro Title 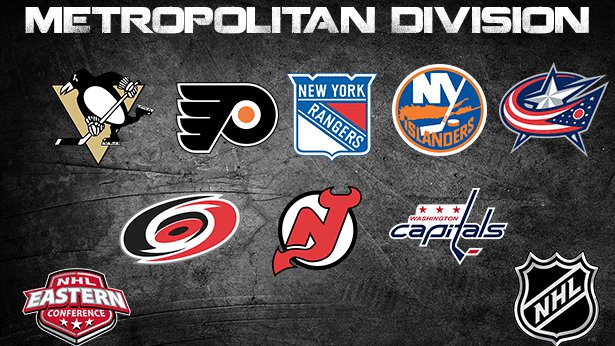 The Metropolitan Division in the NHL consists of 8 teams along the East Coast. The division is situated within the Eastern Conference, and the champion of the Metro earns a #1 seed in the Stanley Cup Playoffs.

Last season, the Carolina Hurricanes dominated the division, posting a 54-20-8 record and recording 116 points. Their point total was 3rd best in the NHL behind the Florida Panthers and the Colorado Avalanche.

Four teams from the division posted point totals north of 100 last season. The top three teams from last year are once again among the favorites to take the division in 2023.

The Hurricanes are making moves during the offseason, and they look even better than they did last season. The addition of defenseman Brent Burns, and forward Max Pacioretty, has the Canes in prime position to repeat as the Metro champions.

The Hurricanes made the second round of the playoffs last season before they were defeated in Game 7 by the New York Rangers. Their expectation this season is definitely a championship, which would be their first since 2006.

The Metropolitan Division is one of the most competitive divisions in hockey, but the Canes had all the answers last season. The top ranked defense in the league helped the Canes post a 17-8-1 record against teams from the same division.

In 2023, look for another strong defense to highlight the team and make it easier for their Top 10 offense to break through. It’s only a matter of time for the Hurricanes, and they are on the right track for yet another division title banner to be raised at PNC Arena.

The Penguins had a lot of questions moving into this offseason. However, they have to be pleased with the way it has turned out. The additions of Ty Smith, Jeff Petry, and Josh Archibald has the Penguins looking like legit title contenders once again.

The biggest question mark was whether Evgeni Malkin would return to the team or move on to another contender. They were able to entice the veteran with a 4-year contract worth nearly $6.1 million per year. Malkin is there to stay, and ready for another title run with the same team he won with in 2016 and 2017.

The Penguins finished 3rd in the division last season, but they were bounced in the first round of the Stanley Cup Playoffs by the New york Rangers. They had a 3-1 series lead before an unlikely collapse and a loss in Game 7.

2023 is looking better for the Penguins, as they have added depth, and the team is hungry to return to the deeper round of the playoffs. Pittsburgh has truly become a hockey town, and the fans have the same core of players back for another exciting season of hockey.

The Rangers were the shock of the season in the division last year. They had a marvelous regular season, and finished 2nd in the Metropolitan. They even made it to the Eastern Conference Final and had a 2-0 series lead before losing 4 straight to end their season.

They finished 6 points behind the Hurricanes for the division title, but played well and finished 16-9-1 in the division. Their biggest success was the playoff run, but they can hang their hat on a brilliant regular season as well.

Ryan Strome and Frank Vatrano will depart for new teams this season, and there haven’t been many acquisitions to talk about with New York. Their team is young, and they will instead focus on developing young talent.

Expect another strong run from the Rangers in 2023. If their young players can pick up where they left off last year, we could see another deep playoff run, or even a division title in New York.