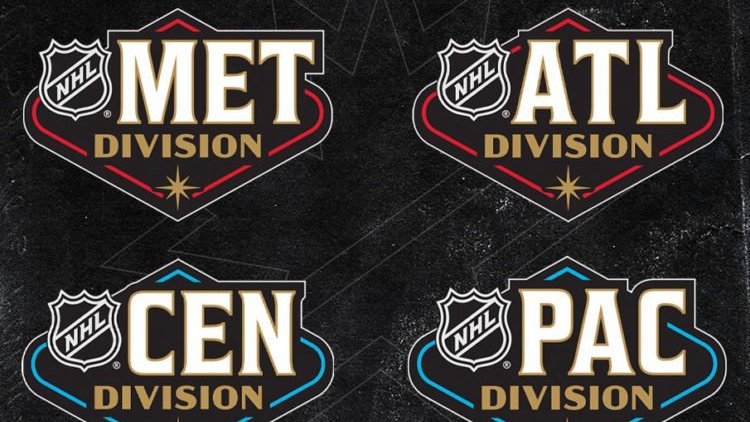 Last season, divisional races went down to the wire as playoff seeding was up for grabs. There are only 4 divisions in the NHL, with each division winner claiming a #1 seed in the Stanley Cup Playoffs.

In the Western Conference, the Colorado Avalanche won the Central Division and made their way through the playoffs easily, winning their first Cup in 21 years. The Calgary Flames won the Pacific Division but were eliminated in the second round of the playoffs.

In the Eastern Conference, the Florida Panthers won the Atlantic Division and finally broke their long winless drought in the playoffs. The Metropolitan Division was won by the Carolina Hurricanes, but just like the Canes and Flames, they were bounced in the second round.

The odds are out on FanDuel for next year’s divisional winners. Here is how the odds stack up for each division:

The Central Division is one of the most competitive divisions in hockey. The race for the title is almost always down to the wire. The outlier was last season when the Avalanche clinched well before the end of the season.

Colorado is once again the overwhelming favorite in the Central, but they have some contenders directly behind them. Minnesota and St. Louis are continually getting stronger, and Nashville always seems to be in the mix around the end of the year.

Even though the Central had 5 playoff teams last season, they are also home to two of the worst teams from the 2022 campaign. The Arizona Coyotes and Chicago Blackhawks share the longest odds to win the Stanley Cup this season, as well as the division.

If you are betting the Central Division Champion this year, it will be hard to get away from the Avalanche. They are the defending champions, and they have built a team that could compete at a high level for many years to come. Safety trumps value in this division if you are betting early on.

The Pacific Division is the tightest out of all division in the NHL this season. With 5 potential playoff teams coming from this division, positioning and points will be at a premium.

The defending champion Calgary Flames start the offseason with the 3rd shortest odds to win the title, but it’s very close. Edmonton and Vegas are set to have great seasons, especially since Edmonton just made the Western Conference Final, and Vegas is looking to rebound from missing the playoffs for the first time last year.

Other teams like the Kings and Canucks are always finishing with winning records, and they will be a threat. I can see any of the teams in this division making a run this year, so it will be difficult to predict a winner.

If you are looking at value, the best return may just be the Vancouver Canucks. They barely missed out on the playoffs last year, and have improved each of the last three seasons. With a younger team, they have the makings of a cinderella type team that could surprise a lot of people this season.

The Atlantic Division has three teams that will likely be jockeying for position down the stretch in 2023. Toronto, Tampa, and Florida all finished in the Top 3 last season, and they are poised for a similar result this year.

Teams like Buffalo and Montreal just aren’t at the level they need. to be to compete for the division, and it shows in the lines. Ottawa may make a run at a playoff spot this season, but winning the division and putting up 100+ points seems out of their reach.

Boston is the wild card in the division. They made the playoffs last season, but finished very inconsistently, making it hard to detect exactly how next year will go.

Florida won the Presidents’ Trophy last season with the best record in the league. However, they have stiff competition with Toronto and Tampa playing in the same division. It will be a close finish to determine the winner in 2023.

The Metro Division is another closely competitive race each season. With the Islanders and Blue Jackets on the rise, there is a potential for 6 teams to be highly ranked at the end of the season.

New Jersey has made some moves in the offseason so far, but they are still one of the youngest teams in the league. With the lack of experience, they are still a few years away from competing for a division title.

The Capitals are always a strong team, but they took a step back last season, only making it into the playoffs as a wild card team. They could shock some people this year, but it is ultimately still the Hurricanes’ division to lose.

There is value all over the place if you are betting against the Canes. As the offseason progresses, lines will shift, so if you are pulling for the upset, it would be a smart move to bet on it now while the value is still present.