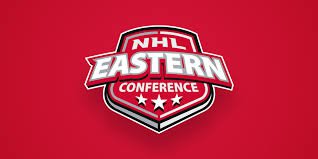 In 2022, the Eastern Conference was won by the Tampa Bay Lightning. This was their third straight trip to the Stanley Cup Final, and the firstone they lost since 2015.

The odds last season saw the Lightning a lot higher on the list, as they were the defending champions. However, even with three straight Eastern Conference titles, Tampa is trailing a couple teams that have made runs at dethroning them the past few seasons.

The lines in the East are a lot tighter this season, and the competition is set to be fierce throughout the year. Five teams have lines shorter than +1000, and the top three teams are separated by a mere 50 points.

The Leafs are looking for anything to break their streak of losses in the first round of the playoffs. They had the top power play offense in the league last year, but they were unable to win in Game 7 of the first round against the Tampa Bay Lightning.

The most explosive offensive player in the league plays on this team, so the offensive production has been good. Auston Matthews had 60 goals in the regular season, and in just 7 postseason games, he scored 4 times and assisted on 5 more.

The issue has been goaltending, in which they ranked 19th last season. They just signed former Washington Capital, Ilya Samsonov, to a one-year deal. He had a 23-12-5 record last season with the Caps and his goals against average was better than all Toronto keepers.

The future is bright for the Leafs, but they need to focus on advancing in the playoffs. Their team is strong enough to get them there, but they can’t rely too much on star players to get them to the promised land.

The Hurricanes are one of the fastest teams in the NHL. They made it to the second round of the playoffs last year, before losing in a Game 7 to the New York Rangers.

Carolina had the 3rd best record in the league, only behind Colorado and Florida. They accomplished this by having the best defense in hockey, backed up by a Top 10 offense.

Carolina won’t need to change much in order to have success. They were a few lucky bounces away from the Eastern Conference Final, and they certainly looked like the better team in most of the games they played.

With the addition of Brent Burns and Max Pacioretty to the team, the offense and defense has been strengthened further, and the Canes look to be a dangerous team for anyone to play. 2023 is starting out the right way for Carolina.

What else is there to say about this existing dynasty? Three straight trips to the Final have made it pretty clear that the Lightning are not going away any time soon.

They still have all of their top offensive producers for the upcoming season, and the defense from last year nearly cracked the Top 5 in terms of goals and shots on goal allowed.

The Lightning are an attractive team for free agents and potential trade partners. They will continue to attract talent, even if they just stick to the game plan that has worked for them these past few years.

With the East set to be the more competitive of the two conferences, it will be a tough challenge to make it 4 in a row. However, if there was a team madee for the challenge, it’s the 2023 Tampa Bay Lightning.