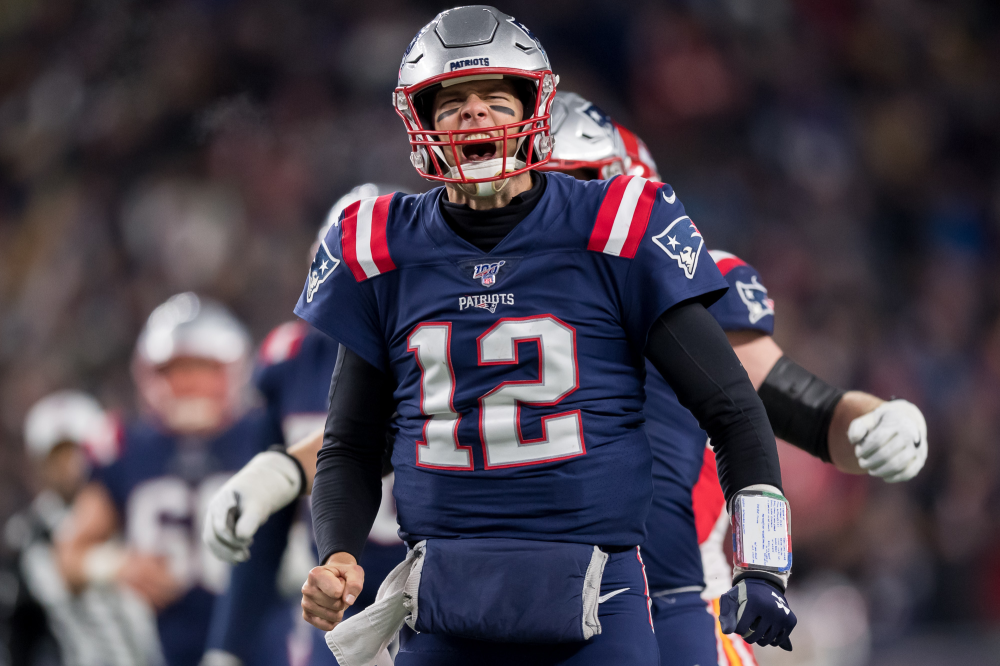 While the rest of the sports world pauses in the wake of the coronavirus pandemic, NFL free agency is opening to a frenzy of deals.

Some of the league’s biggest names are on the move as teams sign free agents, make trades, and fill needs as we approach the 2020 NFL Draft.

Although free agency officially begins March 18 at 4 pm Eastern, the legal tampering period – allowing teams to discuss deals with free agents and utilize the franchise tag – kicked off on Monday.

So, let’s take a look at some of the biggest deals so far.

Brady to Become a Buccaneer

While there’s no signing date or anything official, Tom Brady is expected to join the Tampa Bay Buccaneers after becoming a free agent for the first time in his 20-year career.

The 42-year-old quarterback has repeatedly stated his desire to play until he’s 45, so many expect his deal with the Bucs to keep Brady in Tampa Bay through that deadline.

The signing has immediately turned the Buccaneers into championship contenders, as the team has lept up the list of favorites and now owns the fifth-best odds of winning the Super Bowl at +1800.

Meanwhile, the Patriots are now searching for a replacement at the sport’s most important position. For the moment, Jarrett Stidham is New England’s leading QB. The 2019 fourth-round pick played at Baylor for three seasons before transferring to Auburn.

We’ll have to wait and see if Bill Belichick will proceed with Stidham, or if he’ll make a move for a veteran.

Currently, the Patriots are in a trio of teams tied for the eighth-best odds of winning the Super Bowl at +2000. Minnesota and Seattle are level with New England.

Quarterbacks are On the Move

We’ve already discussed Brady’s intention of signing with the Bucs, but what about the rest of the NFL’s QBs?

Let’s start with Philip Rivers, who already parted ways with the Chargers earlier in the offseason. A one-year deal with the Colts will bring Rivers to Indianapolis and reunite him with coach Frank Reich.

First-year head coach Matt Rhule continues to make a splash in Carolina as the former Baylor man and his franchise are set to bring in Teddy Bridgewater on a three-year deal in the area of $60 million.

In the wake of the Bridgewater signing, the Panthers have given Cam Newton permission to seek a trade. Could we see Newton in a Patriots uniform? We’ll have to wait and see.

Both teams are expected to compete for a championship. The Saints own the fourth-best odds at +1300. The Cowboys are level with the Eagles with the sixth-best odds of +1900.

After the Titans signed Ryan Tannehill to a four-year deal, Marcus Mariota has agreed to a deal with the Raiders. Derek Carr could now be on the move with Mariota expected to be the starting QB.

Other Big Names On the Move

A blockbuster trade between the Cardinals and Texans sent running back David Johnson to Houston and wide receiver DeAndre Hopkins to Arizona. That deal was an early indicator of this wild free agency period.

The Dolphins are loading up on defense, and former Cowboy Byron Jones is a versatile addition to the unit. Jones’ deal made him the highest-paid cornerback in the NFL.

A two-year, $16 million deal will make tight end Jimmy Graham a Bear after he was released by the Packers a week ago.

Another big-time trade went down when the Vikings dealt receiver Stefon Diggs to the Bills in exchange for a flurry of draft picks, including a first-rounder.

With the franchise tag keeping Prescott in Dallas, the Cowboys were keen to give their quarterback his biggest weapon. They did so by signing Amari Cooper to a five-year, $100 million deal.

The Titans are aiming to load up for another postseason run after placing the franchise tag on running back Derrick Henry. Tennessee has agreed to terms with former sack leader Vic Beasley.

Defensive lineman Gerald McCoy is set to become a Cowboy on a three-year deal, pending a physical.

NFL free agency has gotten off to a fast start, but there’s still more to come as teams load up on talent ahead of the 2020 season.