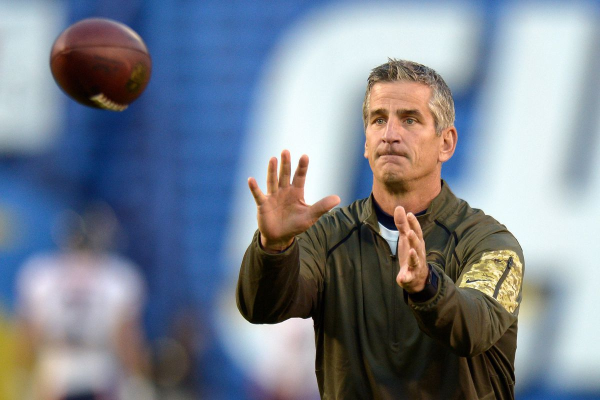 After a crazy Week 4, take a look at the latest news and notes in the National Football League:

It was another eventful week in the NFL, as the number of undefeated teams was whittled down to two while the number of winless teams is down to one. Let’s take a look at some of the weekend’s top stories to make sure you didn’t miss anything.

The hot topic in Tampa Bay last week was whether the Bucs would bench Ryan Fitzpatrick as soon as Jameis Winston’s suspension came to an end. Well, that change has officially been made after Fitzpatrick and the entire Bucs team delivered a pitiful performance against the Bears over the weekend, losing 48-10. Winston replaced Fitzpatrick and played slightly better despite throwing a couple of interceptions. The Bucs have a bye this week, but when they return to action in Week 6, it will be with Winston as the starter.

It looks like Le’Veon Bell is ready to end his holdout. Well, not exactly right away. Bell is reportedly planning to return to the Steelers during Pittsburgh’s bye in Week 7. That means he’ll miss at least another couple of games at a cost of $855,000 per week. If he ends up returning during the bye week, Bell would then be in line to play in the team’s final 10 games of the season. Of course, the Steelers are apparently listening to trade offers for the disgruntled running back, so it’s still possible that a trade happens before Bell returns.

Speaking of disgruntled players, Seahawks safety Earl Thomas may have seen his time with the team come to an end this past week. Thomas has been declining to practice in order to keep himself healthy in hopes of getting a new contract. Well, that plan has gone out the window after Thomas suffered a broken leg during Sunday’s win over the Cardinals. The injury appears likely to end his season. As he was being carted off the field, Thomas waived his middle finger in the direction of the Seahawks sideline.

It wasn’t exactly a proud moment for Thomas, who has taken plenty of criticism for the gesture. However, Seahawks coach Pete Carroll surprisingly came to his defense, saying that he understood what Thomas must have been feeling in the moment and imploring people to cut him “a little slack.”

You Play to Win the Game

Few coaches have taken more heat this week than Colts coach Frank Reich, who went for a 4th and 4 in his own territory in overtime against the Texans. If the Colts punted, a tie would have seemed most likely. However, the Colts went for it and missed, giving the Texans a golden opportunity to kick the game-winning field goal, which they did, dropping the Colts to 1-3 on the year. Reich was vehement in defending himself, saying he’d make the move “10 times out of 10.”

Another player who suffered a terrible season-ending injury over the weekend was Bengals tight end TylerEifert, who broke his ankle against the Falcons. Eifert has suffered season-ending injuries each of the past two years, so this is another frustrating setback for him. Before the injury, it seemed like Eifert was getting back to being an important contributor in what has been an outstanding Cincinnati offense this season.

One injury that is worth monitoring going forward is that of Jacksonville running back Leonard Fournette. Fournette re-aggravated his hamstring injury during Sunday’s win over the Jets. The injury has limited him to just two games and 20 carries this season. Jaguars head coach DougMarrone is unsure of a timeline for Fournette’s return given the recurrence of the injury. It seems as if Fournette could miss multiple weeks while waiting for the injury to fully heal, which could be a significant loss for the Jags, even with T.J. Yeldon and Corey Grant both being capable replacements.

New Panthers safety Eric Reid says he’s still undecided on whether he’ll kneel for the national anthem when he suits up for his new team. Reid went unsigned until recently in part because he aligned himself with former 49ers teammate Colin Kaepernick in kneeling during the national anthem. He says the Panthers never asked him about kneeling before they signed him and that he’s undecided on whether he will exercise his First Amendment right to protest by kneeling when he makes his debut with the Panthers. Reid also has a grievance filed against the NFL that will continue.