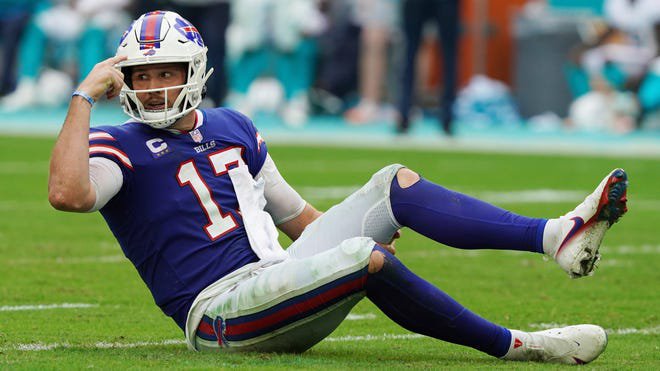 After a dominant Week 2 win, the Buffalo Bills face a challenge from one of the NFL’s best defenses this week, as they host the Washington Football Team. The latest NFL betting odds have the Bills as a touchdown favorite for their matchup with the reigning NFC East champs.

Both of these teams rebounded from Week 1 losses with Week 2 wins. The Bills dominated the Miami Dolphins on the road, while Washington edged out the Giants by a point at home.

Washington Football Team vs Buffalo Bills odds are via FanDuel Sportsbook as of Sunday, September 26, 2021 at 10:25 a.m. ET. Want to see NFL betting odds from several top online sportsbooks for all of the NFL Week 3 matchups? Check out our NFL odds.

The plan for Washington this season was to use an elite defense and some “Fitzmagic” to make it back to the playoffs. Two weeks in we have not seen much of either.

Fitzpatrick is hurt, and Washington just gave up 29 points to the Giants. But in the win, reserve QB Taylor Heinicke looked alright, and it appears they can have a functional offense with him. Heinicke has a decent set of skill players to work with as well, and they will need to be productive against the Bills.

The defense is a bit concerning though. It hardly looked elite as they allowed the Giants to possess the ball for more than half the game. Also, Giants quarterback Daniel Jones handled the rush well and made some plays with his legs. I worry that Josh Allen, who is even more gifted, will do the same. Maybe mobile quarterbacks are their kryptonite. If so, their ceiling for the season is low.

Are the Bills Back on Track?

When you rebound from a home loss with a 35-0 win on the road, it is easy to assume that all is right with your team. This is a good Buffalo squad but despite the resounding win, not all is right.

Allen has yet to have a big game, and though I do not think last year was a fluke, when he is average, the team is too. On the positive side, running back Devin Singletary has embraced the lead-back role and has been productive in the first two games.

Defensively, there is little to find fault with thus far. They wanted to boost the pass rush and drafted a couple players to help there. Defensive end Gregory Rousseau has a couple of sacks already and can be a physical mismatch.

This is a solid defensive matchup for the Bills, and Washington will have to fight for every yard in this one.

This one opened close to 10 so if you like the Bills the value is definitely there. Both teams should be solid on defense, but who are you going to trust when you need a play on offense? Allen is going to be more able to get his team into the end zone, which will be the difference. Given how much it has moved already there is no reason to wait, and the Bills are also a good choice to include in your teasers.

With Allen off to a slow start, it is no surprise that his top receiver has been too. Washington is great at pressuring QBs and Allen is great at relieving that pressure with quick connections. Diggs is going to see a lot of balls this week and he is also great after the catch. He might break a long one or he might catch 12 balls. Either way, he will have his best game of the season so far.

The 2022 French Open is underway at Stade Roland Garros in Paris, France, and we are already almost through the first week of play. Tomorrow, the remaining third-round matches will take place, after which the men’s and women’s singles draws will be down to their final 16 contenders. In both men’s and women’s singles, there END_OF_DOCUMENT_TOKEN_TO_BE_REPLACED