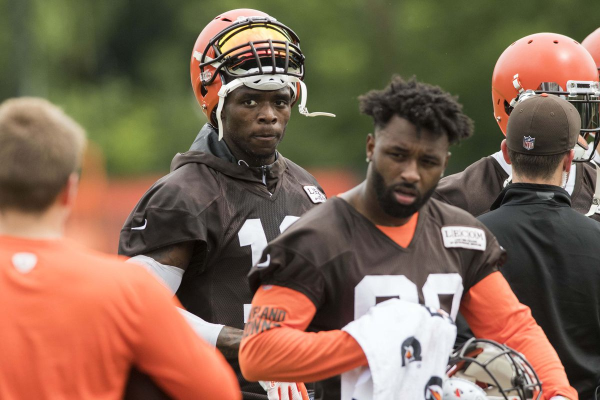 Week 3 is the one week of the preseason that is actually interesting. In final preparations for the regular season, week one usually consists of the starters getting the most playing time they have all year. Often, that translates to the starters playing for at least a half, sometimes even deep into the third quarter. On Thursday, two teams that had completely opposite seasons will give their starters the opportunities to perform. For the PhiladelphiaEagles, the 2017/18 season ended with a parade. For the Browns, it ended without a win. Still, despite the separation in seasons from last year, expectations run high for both squads. The two will square off Thursday night when the Philadelphia Eagles (0-2 in the preseason) travel to FirstEnergy Stadium to take on the ClevelandBrowns (1-1 in the preseason). Kickoff is scheduled for 8:00 pm ET.

Interestingly, despite a seemingly David vs. Goliath type matchup, it is David who is the favorite. The Browns come in on the spread at -3. The over/under for total points scored is 41.

While week 3 is usually the week to get the first string a bunch of reps, that may not hold true for the Eagles when it comes to the quarterback position. Part of the reason why is because they don’t have a healthy number one, or even number two, right now. CarsonWentz, who is hoping to start week one, was having a MVP type season last year before having a season-ending ACL injury. He was just cleared for 11 on 11 drills, but he still not cleared for contact. While he is hopeful to be cleared for the season opener, there still remains doubt it will happen.

Backup Nick Foles took the Eagles to their first Super Bowl championship last year after taking over for Wentz. Unfortunately for Foles, he was knocked out of the game last week against the Patriots with a shoulder injury. Tests showed that it was just a minor shoulder strain, but I am still not sure that the Eagles will risk Foles, who is an expensive second-string quarterback, for the sake of a preseason game. If Foles is unable to go, that might mean a lot of snaps for third-stringer, Nate Sudfeld. Last week against the Patriots, Sudfeld looked really sharp, going 22 for 39 with 312 yards passing and 3 touchdowns.

After a winless season last year, the Hard Knocks stars are looking to try to turnaround a Cleveland franchise that has been the punchline of many jokes recently. The Browns come into this season with high hopes after what seems to be a strong draft class that includes Baker Mayfield, Denzel Ward, Nick Chubb and Antonio Calloway, among others.
In last week’s 19-17 loss to the Buffalo Bills, NickChubb performed pretty well splitting the duties with Carlos Hyde. Chubb had 11 rushes for 53 yards and a touchdown while Hyde went 64 yards on 9 carries with a touchdown. With Hyde likely to get the lion’s share early on in the season, it will be interesting to see if Chubb can start to displace him as the season progresses.

On the quarterback front, it is TyrodTaylor’s team for now. Last season, with the Bills, Taylor threw for 2,799 yards with 14 touchdowns. Seen nothing more than a stopgap until Baker Mayfield, the number one overall pick, is ready, Taylor is the type of veteran that can give the Browns’ offense a chance. He is mobile, can make most passes and most importantly, takes care of the ball. Last season he only had 4 interceptions on the season. Still, it is a matter of time before it becomes Baker Mayfield’s team and it will be interesting to see if that time is at any point during this season.

As always, it is the preseason, which means this game doesn’t matter much for teams other than getting players reps and trying to stay healthy. Still, with a draft class that has shown a lot of promise early on combined with some interesting signings including wide receiver Jarvis Landry, I think the Browns are going to turn some heads this year. Are they playoff bound? Probably not, but I think they will have a pretty competitive season which includes beating the Eagles in week 3 of the preseason. Take the Browns at -3.