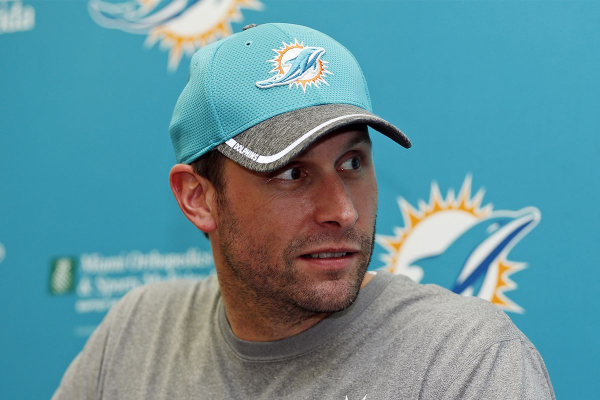 Despite having two teams who are over .500 on the season, Thursday night’s matchup doesn’t seem especially exciting. Both the Miami Dolphins and Houston Texans are good enough to be given respect, but neither of them seem like they even sniff the upper echelon of football teams in the NFL. Still, the Dolphins (4-3) will look to rebound after their loss to the Lions when they travel to NRG Stadium to take on the Texans (4-3), who are coming off of a game that saw them pound the Jacksonville Jaguars. Kickoff is scheduled for 8:20 pm ET.

The point spread comes in with the Houston Texans as 7.5-point favorites at home. The over/under on total points scored is 44.

Dolphins Looking To Bounce Back After Loss

Despite their 4-3 record, the Miami Dolphins have been far from consistent this year. After a 3-0 start to the season, coach Adam Gase has seen his club go 1-3 over the last 4 games. A major reason for the slide has been the defense. In the last 4 games, they are giving up over 31 points, close to 270 yards in the air and a whopping 137 yards on the ground.

While the Houston offense may not be elite, it may be good enough to take advantage of that defense. The leaders on the defense for Miami are Kiko Alonso (47 sacks), Jerome Baker, Vincent Taylor and William Hayes (2 sacks), and Xavien Howard (3 interceptions). Still, a banged up defense is going to need to perform better for a shot to win this one.

Speaking of the injury front, it appears as if Brock Osweiler will likely be starting this one again. On the season, he has thrown for 654 yards, 6 touchdowns and 2 interceptions since taking over for the injured Ryan Tannehill. The leading receivers this year have been DannyAmendola (30 receptions, 294 yards, 1 touchdown) and Albert Wilson 26 receptions, 391 yards, 4 touchdowns). On the ground, Miami continues to rely on the ageless wonder, Frank Gore as well as youngster KenyanDrake. For Gore, he has 332 yards on 72 carries while Drake has 282 yards and 2 touchdowns on 58 carries.

Houston Looking To Make It Five In A Row

After starting the season 0-3, the Texans have turned it around a bit, having won four games in a row. Most recently, they beat the Jacksonville Jaguars 20-7 in week 7. Much of the success has fallen on the defense. They are allowing just over 20 points per game and have been able to stifle opposing running backs, holding them to approximately 92 yards per game. In the passing game, though, they have allowed 14 passing touchdowns and are giving up around 240 yards per game.

The leaders for the Houston defensive unit are ZachCunningham (44 tackles), JJ Watt (7 sacks) and both Tyrann Mathieu and Kareem Jackson with 2 interceptions each. Against an inconsistent Miami offense, they may be able to continue their hot streak on defense.

Speaking of inconsistency, the Houston offense has not exactly been spectacular to date, either. Deshaun Watson has thrown for 1,937 yards with 10 touchdowns and 7 interceptions. He also has 216 yards and a touchdown on the ground, but he continues to play hurt, leaving him not quite as explosive. His favorite receiver continues to be DeAndre Hopkins. On the season, Hopkins has 47 catches for 707 yards and 4 touchdowns. Will Fuller has also added 379 yards and 3 touchdowns. The ground game has been a little slow this year. LamarMiller has 371 yards on 95 carries with a touchdown.

Texans Win, But Take Miami And The Points