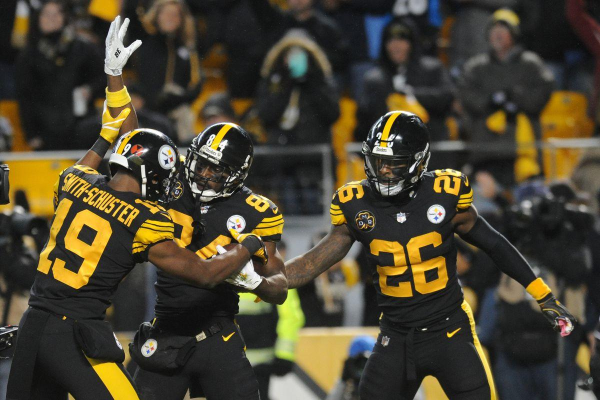 Thursday night football this week features a fantastic matchup between two teams who are both have aspirations of playoff runs.  At 6-2, the Carolina Panthers sit in the second place in the NFC South, trailing only the 7-1 New Orleans Saints. The Pittsburgh Steelers are currently 5-2-1 and sit atop the AFC North over the second place Cincinnati Bengals (5-3). While both teams have short weeks to prepare, this game has all the ingredients to be a stellar one when the Panthers travel to Heinz Field to take on the Steelers.  Kickoff is scheduled for 8:20 pm ET.

The point spread comes in with the Pittsburgh Steelers being 3.5-point favorites at home.  The over/under on total points scored is paltry 52 points.

Offensively, the Steelers are a little more successful at moving the ball as they rank 4th in total yardage per game (415.2) while the Panthers come in at 13th(371.6).  Still, when looking at average points per game, they are pretty similar. The Steelers rank 9that 28.4 to the Panthers who rank 11th at 27.5.  Needless to say, these two teams are pretty similar in their makeup, meaning Thursday night could be a fantastic game.

Panthers Look To Get Win In Steelers’ House

The Panthers have won three games in a row, including a 42-28 win over the Tampa Bay Buccaneers last Sunday.  Leading the way for the Panthers under center this year has been Cam Newton. On the season, Newton is 177 for 263 with 1,893 yards passing, 15 touchdowns and only 4 interceptions.  Newton has also added 342 yards and 4 touchdowns on 73 rushing attempts this year. In terms of his receivers, Devin Funchess and Christian McCaffrey have led the way. Funchess has 36 catches for 445 yards and 3 touchdowns.  McCaffrey has 49 catches for 378 yards and 2 touchdowns. Speaking of McCaffrey, the running back is leading the way on the ground, too, as he has 502 yards and 3 touchdowns on 109 rushing attempts.

Defensively, the Panthers have been getting production from superstar Luke Kuechly. He leads the team with 52 tackles and has also added 2 sacks.  Mario Addison is leading the way in sacks, though, with 7.5. In terms of interceptions, Donte Jackson has the team lead with 4.

Steelers Look For Win At Home

As always, the Pittsburgh Steelers have a dynamic offense led by quarterback Ben Roethlisberger.  They have won four in a row including a 23-16 win over the Ravens last week. For Roethlisberger, he has thrown this season for 2,560 yards including 16 touchdowns and 7 interceptions.  His leading receivers have been JuJu Smith-Schuster (52 catches, 672 yards, 2 touchdowns), Antonio Brown (51 catches, 594 yards, 9 touchdowns), and James Conner (38 catches, 379 yards, 1 touchdown). Speaking of Conner, he has done an exceptional job of allowing the Steelers to forget that their number one running back still hasn’t shown up.  On the season, Conner has 706 yards and 9 touchdowns on 151 carries.

On the defensive side, Sean Davis leads the team in tackles with 40.  TJ Watt, younger brother of JJ Watt, has the team lead in sacks with 7 while there are several players with one interception each.

Taking Panthers and The Points

This one just seems too close to call.  Both teams have been playing well as of late and both teams matchup with one another pretty evenly.  When in doubt, I will always take the team getting spotted the points and in this case, that is Carolina.  I think this one could end up a close one and for that reason, I will take the Panthers and the 3.5 points.