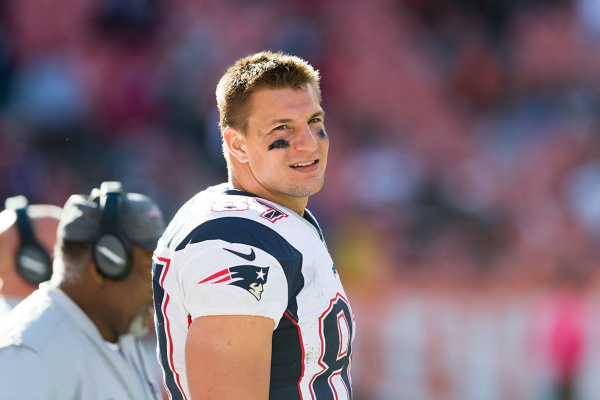 Through the first four weeks of the season, neither the Indianapolis Colts nor the New England Patriots have looked untouchable. In fact, at times, they have looked rather ordinary. Still, with All-Pro caliber quarterbacks, when healthy, in Andrew Luck and Tom Brady, the Colts and Patriots can still be dangerous, especially on the offensive side.

The two will matchup on Thursday night when the Colts (1-3) travel to GilletteStadium to take on the Patriots (2-2). Kickoff for the contest is scheduled for 8:20 pm ET.

The spread for this one comes in with the New England Patriots as huge favorites at -10. The over/under for total points scored sits at 51.5.

Colts Look To Get Back On Track

The good news for the Colts is Andrew Luck is still healthy enough to be starting heading into week 5. The bad news is, even with a healthier Andrew Luck, they are still 1-3. To date, they have losses to the Bengals (34-23), Eagles (20-16) and Texans (37-34), with their only victory coming against the Redskins (21-9).

Still with 2 of their 3 losses coming down to one-possession games, they easily could have a much better record. If they are going to beat Tom Brady and the Patriots, though, they are going to have to be more consistent.

Offensively, Andrew Luck has played pretty well to date. He is 125 of 186 for 1,126 yards. He also has 9 passing touchdowns and only 3 interceptions. His leading targets are Nyheim Hines (22 receptions, 119 yards, 2 touchdowns), T.Y. Hilton (21 receptions for 294 yards and 2 touchdowns) and Eric Ebron (17 receptions, 150 yards, 3 touchdowns. T.Y. Hilton might be iffy for Thursday’s contest, though, as he left last week’s game with a hamstring issue. While their passing game has been relatively strong, the rushing attack has left something to be desired. Jordan Wilkins is currently their leading rusher with 136 yards on 38 carries (3.58 yards/attempt), but that certainly isn’t going to cut it against better teams.

The defense hasn’t been any better for the Colts. They currently are allowing close to 110 yards per contest on the ground and about 270 in the air. Their current statistical leaders on the defensive side are Darius Leonard with 38 tackles, Darius Leonard and MargusHunt with 4 sacks apiece and a handful of players with one interception each.

Patriots Look To Get Back To Winning Ways

The Patriots have certainly not gotten off to a fast start, but as they have shown year in and year out, it is not how they start, but how they finish. Despite Tom Brady getting up there in age, he is still an elite quarterback and that was on display last week with they thumped the Miami Dolphins 38-7.

He passed for 274 yards and 3 touchdowns, although he did also have 2 interceptions. On the season, Brady is 87 of 135 for 918 yards. In that time he has 9 touchdowns and 4 interceptions. He may be without one of his biggest targets, though, as RobGronkowski as he had to leave the Miami game with an ankle injury.

Defensively, Stephon Gilmore with 16 tackles, Deatrich Wise leads the Patriots with 2.5 sacks and a host of players with one interception each. On the season they have allowed an average of about 225 yards per game in the air, but over 120 on the ground. Knowing those statistics, it will be interesting to see how they match-up with the pass-heavy Colts.

I fully anticipate that the New England Patriots are going to win this game. What gives me pause, though, from a better perspective is the line. 10 points is a ton to be spotting the other team. I feel like the Patriots found their groove against Miami, but I am not sure that I feel comfortable with their inconsistencies to spot the opposition 10 points. It also doesn’t help that there is a good chance Gronkowski doesn’t play. For that reason, I am going to take the Colts and the 10 points.