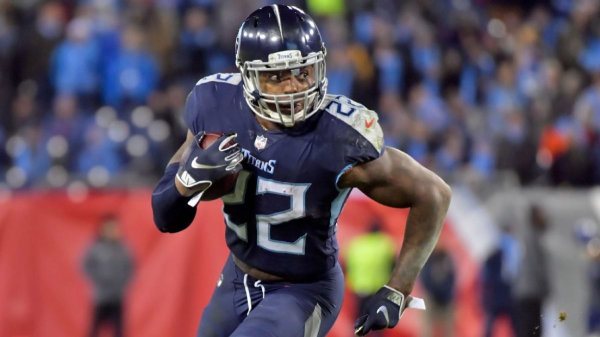 The Tennessee Titans have been one of the most average teams in the NFL for the last few seasons, and they can’t seem to escape the 8-8 mark for a season. The Titans still had a chance to make the postseason entering the final week in 2018, but things didn’t go their way. Tennessee plays in one of the most competitive divisions in the NFL in the AFC South, and every divisional game is a grind. The Titans return almost all of their starters from a season ago, and there is plenty of optimism surrounding this team. Tennessee should have a chance to make the playoffs this season, but they are going to have to find a way to break away from the .500 mark.

Tennessee finished the 2018 season with a record of 9-7, but it wasn’t good enough to get them into the postseason. The Titans always seem to have some extremely impressive wins each season, but they also have some very bad losses. Tennessee was the definition of average for NFL betting fans a season ago, finishing the 2018 season with a record of 8-8 against the spread. The Titans should be right around the .500 mark again this season, but there are a few key games on their schedule that will determine the fate of their season.

The Tennessee Titans had some changes to make in the offseason, and their biggest loss was completely unexpected. Matt LaFleur left his job as offensive coordinator of the Titans to take the job as head coach of the Green Bay Packers, and that is a huge hole to fill in Tennessee. The Titans did make an interesting trade in the offseason, acquiring Ryan Tannehill to be the backup quarterback to Marcus Mariota. Left guard Rodger Saffold signed a four-year deal with the Titans in the offseason and should help the offense be much more efficient in 2018.

Marcus Mariota: Mariota completed nearly 66 percent of his passes a season ago but threw just 11 touchdowns. This is a pivotal year for Mariota if he is going to be the true franchise quarterback of this team.

Derrick Henry: Henry ran for over 1,000 yards a season ago, averaging almost 5.0 yards per carry. Henry had 12 touchdown runs in 2018 and should have the ball in his hands a ton this season in an effort to take some pressure off of Mariota.

Rookie Class: Defensive tackle Jeffery Simmons was the Titans’ first-round draft pick in 2019, but he will miss the entire season with a torn ACL. Ole Miss wide receiver A.J. Brown could have an impact on the offense as the second-round pick.

Betting on the Tennessee Titans can be extremely frustrating because they always seem to wind up right around the .500 mark. Vegas has set the win total at 8.0 wins this season, and the smart play is taking the over. The Titans have won nine games in three straight seasons, and the retirement of Andrew Luck from the Colts makes the division that much easier. After betting the over on total wins, it is wise to stay away from the rest of the prop or future bets surrounding the Tennessee Titans.