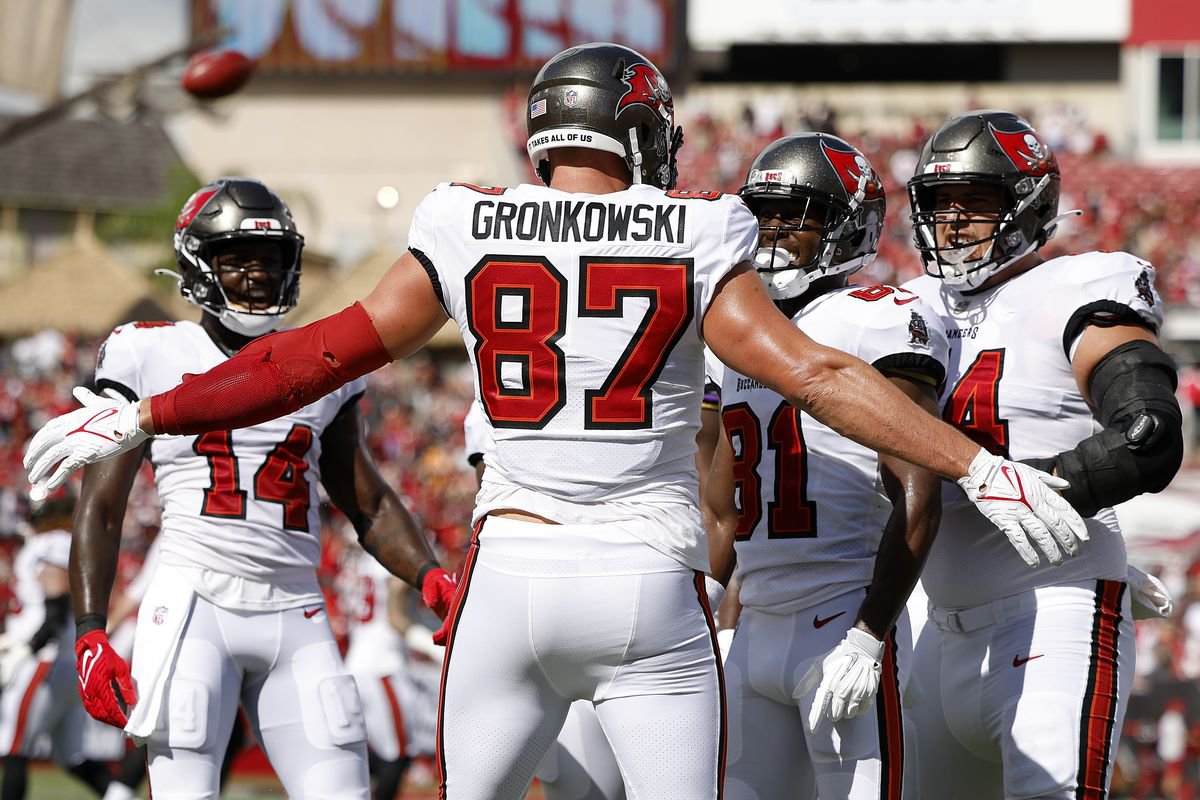 Are we getting an early NFC Championship Game preview this afternoon in Los Angeles? Tom Brady and the Bucs visit Matthew Stafford and the Rams in a matchup that we very well could see in late January. The latest NFL betting odds continue to have the Bucs as a heavy favorite to win the NFC, while the Rams and San Francisco 49ers are next in line.

Tampa’s offense is looking great, but their defense has been a little leaky for a group that won the Super Bowl last year and brought everybody back this season.

The Rams are loving how their shiny new addition under center has opened up the offense. The defense has not been as sharp though. They will get a big test from the Bucs..

Tampa Bay Buccaneers vs. Los Angeles Rams odds are via FanDuel Sportsbook as of Saturday, September 25, 2021 at 4:42 p.m. ET. Want to see NFL betting odds from several top online sportsbooks for all of the NFL Week 3 matchups? Check out our NFL odds.

The Buccaneers are the highest-scoring team in the league, and Tom Brady is showing no age. As long as that is the case it is hard not to like this Bucs team. Brady has nine TD passes already, with four of them going to Rob Gronkowski. The duo is as productive as ever, and as long as they keep winning the other playmakers in the offense should stay happy. This will be the first time all season the Bucs play a formidable defense though.

When Tampa does not have the ball they have been a little soft against the pass for my liking. Sure their rushing defense numbers are strong, but that is not how you win games in the modern NFL.

In their opening night win against Dallas, the Cowboys gave up on the run early even though that game was close. Against Atlanta, last week's turnovers killed the Falcons, including two pick-sixes in the 4th quarter. That made the numbers look a little better for the Bucs than they really were. They were already beating the Falcons, but those scores turned it into a rout.

Rams Look to Make a Statement Against the Champs

The Rams are off to a 2-0 start too, though the Colts pushed them more than expected last week. Stafford to Cooper Kupp has become the most productive combination in the league early on. They are not running the ball very much and have depth issues in the backfield with Cam Akers out for the season and Darrell Henderson banged up. In a previous era that might have been a real concern but less so these days. Being able to milk some clock might be desirable if they can actually get a lead, however.

That is where they need the defense to shine too. So far this group has looked pretty average. I suppose the true measure of defense is if they can slow down what looks like the NFL’s best offense. If they can, I think we can say that what we have seen so far is just a product of a small sample size. To date, they just haven’t been impressive.

The number is basically a pick’em in the sense that whoever wins it will likely cover the spread. This is about as short a number as you can probably expect with Tampa this season and you don’t want to miss it. Until someone slows them down on offense, I am going to assume they can’t. And even though I don’t like the way the Bucs are playing defense, I am not confident the Rams can match them for a whole game. This one will probably be settled late and in that kind of game, you have to like Brady and the Bucs.

Prop Watch: Cooper Kupp to have the most receiving yards

Matt Stafford clearly has an early bond with Kupp. The ball is going to be in the air a lot in this game and the fact that the Rams will actually be behind means they might throw it even more than normal. Stafford will zero in on his favorite target often while the Bucs are more likely to spread the ball around.