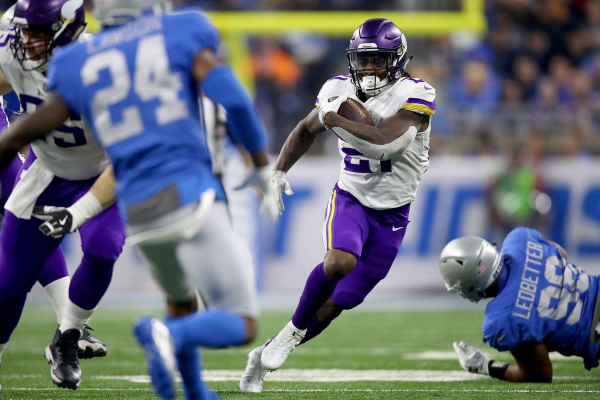 The Green Bay Packers head to Minnesota to take on the Vikings in a game that is basically an elimination game. Both of these teams are looking up to the Bears in the NFC North and it doesn’t seem like that is something bound to turn around. However, this is a division game that these 2 teams HAVE to win. The Packers are currently 1 game under 500 with 5 losses and a tie. A sixth loss on week 11 and having to win out to finish with 9 wins would really be a problem for the Packers’ slim playoff hopes and Mike McCarthy’s coaching hopes. The Vikings do have one more win, but with the way the Bears are playing right now, They cannot afford to drop any games.

This game is located in a dome, which I actually believe helps the Packers more than the Vikings. The Packers have Aaron Rodgers, Devante Adams, Jimmy Graham and a bunch of kids on offense. I believe this passing game benefits from getting out of the elements and into a comfortable situation. The biggest question for the Packers is what is the game plan here. Anyone that has watched their offense this year, especially the last few weeks has seen how much better this offense is when featuring Aaron Jones.

Now, we have seen the Aaron Rodgers/Mike McCarthy offense for a LONG time now and this has never really been a thing. It has been frustrating for fans because they are not as willing as other teams to rely on the running game. If the Packers can establish that running game early, we have to assume that it should only make Aaron Rodgers and the offense more potent. For years, we have known that after the snap, the Packers are dropping back and airing it out. If that changes, I think we can see a more dynamic Packers’ offense.

The problem is that it is almost too late for that to happen. The Packers have shown no ability to adapt to the ever-changing offensive playcalling the NFL, and that is obvious. We see Mitch Trubisky put up more TD’s than Aaron Rodgers vs. the same teams. That is the playcalling, and I think if it was going to change, it would’ve been before now. The Vikings’ defense should have a tough time with the overall talent here, but the scheme will not make their heads spin, which I believe really help the defense.

The Vikings offense has been very strange all year long. Both Dalvin Cook and Latavius Murray have had quality games and are quality RBs, but they appear to just really get away from them in some games. The Vikings have relied very heavily on the likes of Adam Thielen and Stefon Diggs, which is the biggest reason that they have put up massive seasons.

Their overall ability to move those 2 receivers around the formation and get them open is something that most teams, including the Packers, should really take note of. The Packers defense has been much better at home this year, but I do think they have a chance to show up here in a big way. Kirk Cousins still is not in full control of this offense, and I believe that the Packers have enough talent in the secondary to make Cousins work. The difference in this game may very much come down to can the Vikings continue to move the ball without turning it over.

I believe that the Vikings are slightly more likely to win this game outright at home, but I want the points and the Packers (+3.5) here.

Tonight’s NBA betting schedule is lacking in overly compelling matchups, but tonight’s action will also be taking place with a few notable names missing. Booker, Morant, and Lillard Sidelined Tonight and Beyond Booker Out Versus Pistons Due to Hamstring Injury The Phoenix Suns lost Devin Booker (hamstring) on Tuesday against Golden State but closed out END_OF_DOCUMENT_TOKEN_TO_BE_REPLACED