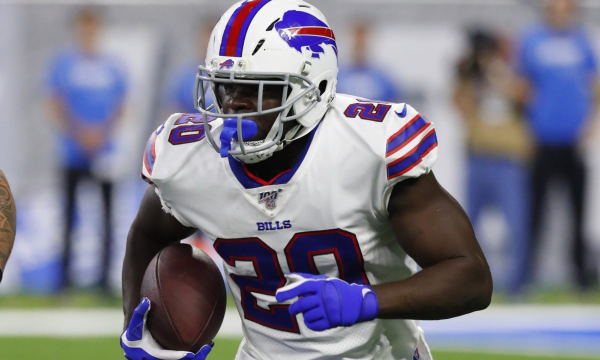 Sunday Night Football this week features a battle of AFC playoff hopefuls as the Buffalo Bills (9-4) travel to Heinz Field to take on the Pittsburgh Steelers (8-5). Both of these teams would be in the playoffs if the season ended today, but with just a couple weeks left and a couple of teams knocking on the door, every game is crucial.

Add in the fact that these are two of the best defenses in the league, and this should be an exciting, hard-nosed game where a single play here or there could decide the outcome. Kickoff for this one is scheduled for 8:20 pm ET.

Buffalo finds itself just a game behind the reeling New England Patriots, and with a rematch with Tom Brady and Bill Belichick scheduled for next week, its chances of winning the division are still very much alive. With that in mind, the Bills will be looking for a victory over the Steelers this week in order to keep pace with the Patriots for next week. In the Bills’ last game, they lost to Baltimore but kept it close, falling 24-17.

Many had written Pittsburgh off with all the turnover it had and the injury to Ben Roethlisberger, but the Steelers keep finding a way to stick around. Now on their third quarterback, the Steelers have won three games in a row. They have found ways to stay in games, most notably because of a strong defense, and hope to get a boost from the expected return of James Conner.

The Steelers come into this one as one-point favorites playing at home. The over/under on total points scored is set at 37.

On the other side of the ball, though, these are two of the best in the NFL. Buffalo comes in second in terms of points allowed, giving up just 16.3 points per game (15.2 on the road). The Steelers are sixth, allowing an average of just 18.6 per game (17.1 at home).

Bills Look To Get To Double-Digit Wins

Buffalo is led under center by quarterback Josh Allen, who is 242 for 405 for 2,737 yards, 17 touchdowns and eight interceptions. He has also been sacked 33 times. Allen’s leading receiver this season has been John Brown, who has 64 receptions for 908 yards and five scores.

The Steelers have gone through quarterbacks pretty regularly this season and have lately been rolling with their third quarterback, Devlin Hodges. On the season, Hodges is 57 for 80 for 682 yards, four touchdowns and two interceptions. At this point, Hodges has been more of a game manager than someone who can go out and win a game himself.

Hodges could be getting a major weapon back Sunday, though. There is a chance that running back James Conner could be good to go for this one. Despite missing almost a month, Conner still leads the team in rushing with 102 attempts for 390 yards and four touchdowns.

On the defensive side, the Pittsburgh leaders include Devin Bush (88 tackles), T.J. Watt (12.5 sacks), and Minkah Fitzpatrick (five interceptions).

There is no doubt in my mind that this is going to be a defensive battle, and when you have those types of games, truly either team can win. A defensive score or exceptional field position off a turnover can be the difference in the game.

Still, I have to go with my gut and take the Steelers in this one. Not only are they playing at home, but if they can even get Conner back, that could be the type of offensive firepower that could make a difference in the game. For my money, I am taking Steelers -1.