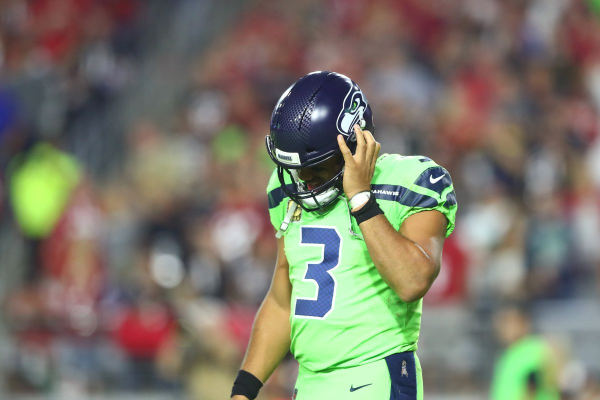 The Seattle Seahawks and the Arizona Cardinals will face off on Sunday in a huge NFC West battle. With both teams struggling to open up the year, the loser in this one will be at a huge disadvantage to make the playoffs. The Cardinals have opened the year and have looked like one of the worst teams in the NFL after losing their first three games by a combined score of 74-20.

The Seahawks lost their first two games in close fashion falling to the Broncos by three and the Bears by seven. Last week they took down the Cowboys 24-13. There is definitely potential here for the Seahawks to make the playoffs but a loss could take them out of contention in a very tight NFC race. The Cardinals will all be but eliminated with a loss. The Seahawks come into this game as three-point favorites.

Carroll Looking to Fight Back

The Seahawks have underperformed to their expectations thus far this year. A win in this game would help them get back on track but a loss may spell trouble since the Cardinals are one of the worst teams in the league. Russell Wilson has led the Seahawks passing attack and hasn’t been that bad this year.

Wilson has thrown for 716 yards on 57-of-96 passing. He has found the end zone seven times and has thrown three interceptions. The leading receiver for the Seahawks has been Tyler Lockett. Lockett has caught 12 balls this year for 196 yards. He has scored three touchdowns so far this year. Chris Carson has carried the load in the running game gaining 177 yards and scoring one touchdown.

The Cardinals are going to come in to this game and view it as a must win. They have been pretty bad all year and a lot of that stems on the play of their quarterbacks. Sam Bradford was signed as a free agent in the offseason and he has already lost his starting role to rookie JoshRosen.

Bradford started the first three games and was 50-of-80 throwing the ball. He passed for 400 yards and threw two touchdowns but also threw four interceptions. Rosen came in and relieved him late in the last game and finished throwing the ball for 36 yards and one interception. The struggles for the Cardinals stray over into the running game as well as David Johnson has only run for 116 yards and a score.

The defense also hasn’t been doing the team any favors allowing 1177 yards this year which is eighth worst in the NFL. The offense is dead last in every main category including total yardage, passing yards, rushing yards, and scoring.

This is a must win for the Seahawks if they want to have a shot at the playoffs. In an NFC race that is going to be really close down the stretch, every game matters. The Seahawks should be able to go on the road and take down a struggling Cardinals team. They will put pressure on the rookie quarterback and force him to make throws down the field which is something that Rosen hasn’t shown that he is able to do yet. We would take the Seahawks to win and cover.