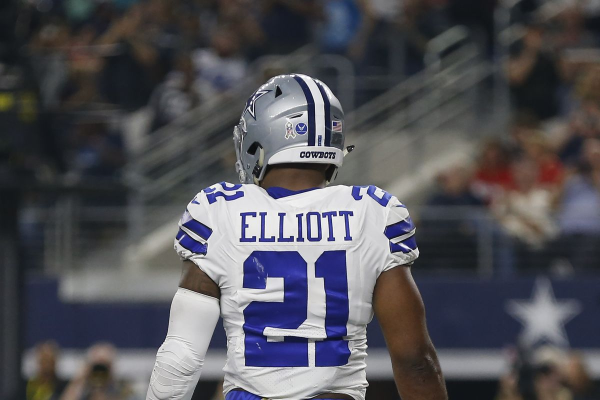 After a rough start to both of their seasons, the DetroitLions head to Texas to take on the Dallas Cowboys on Sunday at 1:00 PM. Both of these teams must win to keep their playoff hopes alive, although they are already very small even with a win. The Lions actually beat the Patriots a week ago and the Cowboys haven’t had a win since week two when they took down the Giants. This week will be a battle between two teams that have been very inconsistent but also very close to getting over the hump. The Cowboys open as favorites and are favored by three points.

Detroit Looking for Back to Back Wins

The Lions have gained a ton of yards early on in the season. Quarterback MattStafford has thrown for 895 yards and six touchdowns. He has thrown five interceptions though, which has really hurt the team. On the ground; Kerryron Johnson leads the team with 161 yards on 29 carries although he has not scored a touchdown yet. They score 23 points a game while gaining a total of 401.7 yards a game.

This is an offense that has a lot of potential, if they can get their run game sorted out. We saw a spark of it last week as Johnson went over 100 yards for the first time for the Lions in 70 games. The last time they had a 100-yard rusher was on Thanksgiving of 2013 and it was the fourth-longest drought in the NFL.

The defense for the Lions has been serviceable as they only allow 328.3 yards a game. 179 of that is through the air and 149.3 of it is on the ground. They are decent at stopping the pass, but when it comes to the ground game, they are one of the worst in the NFL. They do allow team, to put up big numbers on them as the Jets hung 48 and the 49ers scored 30. They held the Patriots to just 10 points in a strange occurrence.

The Cowboys are a team that is awful in the passing game. They only gain 298 yards a game on offense and their passing attack is non-existent. They throw the ball for 166 yards a game while running it for 132 yards a game. Ezekiel Elliott has run the ball for 274 yards through three games and two scores. He is a guy that they are going to have to lean on as Dak Prescott isn’t having a great year throwing the ball yet. Even though they struggle to move the ball and score, the defense has been solid.

The Cowboys only allow 309 yards a game. They are good defending both the pass and the rush. They allow less than 100 yards a game on the ground and only 210 through the air. With a defense like theirs, they won’t really be out of any game they play. Dating back to last season the Cowboys have only scored above 13 points once in the last six games.

The Cowboys really need to win this game and even though the Lions are coming into town with a big win over the Patriots, they should be able to come home with a win. The Lions struggle defending the run and the Cowboys have one of the best backs in the nation. Elliott should run rampant this weekend as the Lions won’t have an answer for him. Expect Prescott to be his usual self and make a ton of safe throws and screenplays. The Lions will be there in the end but take the Cowboys to cover and win.