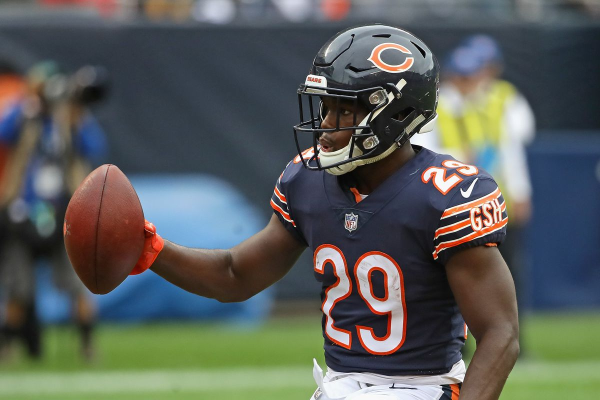 Although only week six, the start of the season has played out completely differently for both the Chicago Bears and the MiamiDolphins. For the Bears, they had the opportunity to upset division rival Green Bay Packers in week one, before a heroic comeback led by injured Aaron Rodgers spoiled that. What have they done since….won three in a row including a 48-10 beat down of the Tampa Bay Buccaneers in week four.

For the Dolphins, they started off the season hot, going 3-0 before losing the last two, including a loss to the Cincinnati where they allowed 24 unanswered points in the fourth quarter. The two will square off in week 6 when the Bears (3-1) travel to Hard Rock Stadium to take on the Dolphins (3-2). Kickoff is scheduled for 1:00 pm ET.
The spread for this one comes in with the Chicago Bears being slight 4-point favorites on the road. The over/under for total points scored sits at 41.5 points.

For the Chicago Bears, their defense was really the main reason why they were able to win their first two games, a 24-17 win over the Seattle Seahawks and a 16-14 win over the Arizona Cardinals. In week four, though, the offense was the one that took center stage. In that game, quarterback MitchellTrubisky threw for 354 yards and 6 touchdowns in route to the victory. Now, coming off of a bye week, the Bears hope that their offense can compliment their stellar defense on a more consistent basis.

On the season, Trubisky has now thrown for 945 yards, 8 touchdowns and 3 interceptions. His most consistent receiving threats through the first four games have been Taylor Gabriel (22 receptions, 193 yards, 2 touchdowns), Allen Robinson (19 receptions, 217 yards, 1 touchdown) and Tarik Cohen (14 receptions, 169 yards and 1 touchdown). On the ground, JordanHoward leads the way with 203 yards and a touchdown on 64 carries. After being used only sparingly in the Buccaneers game, though, it will be interesting to see how much Howard is used in this game, particularly after his frustrations made the news after Tampa Bay.

The real story of the Bears early on has been the emergence of their defense. Led by Khalil Mack, the Bears have one of the most intimidating squads in the NFL, one that is highlighted by 18 sacks already this season. Statistically, the leaders for the Bears are Danny Trevathan (16 tackles), KhalilMack (5 sacks) and Eddie Jackson (2 interceptions).

Miami Hoping To Get Back Into The Win Column

After a heartbreaking loss last week, coach Adam Gase and the Dolphins are hoping to not let the slide continue. One area that the Dolphins will be focused on is how to put points on the board against the Chicago defense. The Dolphins are led under center by Ryan Tannehill. In five games, Tannehill has 972 yards passing, 8 touchdowns and 5 interceptions.

He has also been sacked 11 times, an area that the Dolphins offensive line will have to do better with against Chicago’s prolific pass rush. Tannehill’s leading receivers are KenyanDrake (17 receptions, 124 yards, 1 touchdown), Albert Wilson (17 receptions, 204 yards, 2 touchdowns) and Danny Amendola (16 receptions, 151 yards). On the ground, they have a two-headed monster in Frank Gore (202 yards on 47 carries) and Kenyan Drake (153 yards and a touchdown on 39 carries).

Defensively, the team is led by KikoAlonso in tackles (33), Jerome Baker and William Hayes in sacks (2 apiece) and Xavien Howard in interceptions (3). The latter statistic is one they have excelled at thus far. In five games they have 10 interceptions, something that MitchellTrubisky is going to have to be cautious with on the Bears’ offensive side.

Bears Win On The Road

Especially against the Bears defense, there just isn’t a whole lot that I am enamored with when it comes to the Dolphins’ offense right now. Tannehill has been average as a quarterback and their running game has been good but not great. Especially knowing that they are prone to giving up the sack, I think the Bears are going to have a great day on the defensive end. Realistically, MitchellTrubisky is not going to replicate his 6-touchdown performance.

In fact, I would anticipate that he is more like the Trubisky of the first three weeks rather than that of week 4. Still, with a bye week to prepare, I think Matt Nagy is going to have the Bears ready and they will not only win on the road, but cover the 4-point spread. Take the Bears.