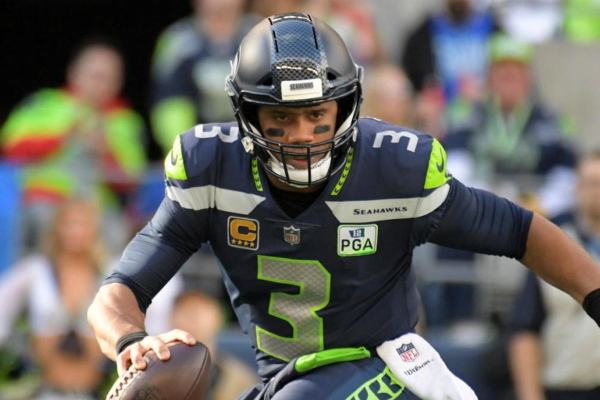 Week 2 of the NFL preseason will feature a matchup of second-place teams in their respective divisions from 2018. The Seattle Seahawks (1-0 in the preseason) ended last year 10-6 and finished behind the Rams in the NFC West. The Minnesota Vikings (1-0 in the preseason) were 8-7-1 in 2018 to finish second in the NFC North behind the Chicago Bears. While the Vikings packed up after the regular season, the Seahawks got one of the wild card spots but lost 24-22 to the Dallas Cowboys. Heading into this season, both teams are looking for better outcomes. Kickoff for this matchup is scheduled for 8 pm ET from U.S. Bank Stadium.

For the Seahawks, the days of the “Legion of Boom” on defense are done, and they now must rely on their offense a little more under head coach Pete Carroll. Russell Wilson returns at quarterback, and expect Chris Carson and Rashaad Penny to take the bulk of the snaps in the backfield. The wide receiver position will likely be led by Tyler Lockett and D.K. Metcalf.

Last season was certainly a disappointment for a Vikings team that had not only playoff aspirations but Super Bowl aspirations. Sadly for Minnesota fans, neither of those happened. Still, with Kirk Cousins under center, and the dynamic duo of Adam Theilen and Stefon Diggs at wide receiver, the offense can be dynamic. Throw on top of that a healthy Dalvin Cook, and the offense has the potential to be downright scary.

The point spread for this one currently sits with the Minnesota Vikings being three-point favorites playing at home. The over/under on total points scored is set at 41 points.

Defensively, it was Minnesota that held the edge. The Vikings finished tied for fourth in terms of yards allowed per game at 309.7 yards, while the Seahawks ranked 16th, allowing 353.3 yards per game. In terms of scoring defense, the Vikings once again edged out the Seahawks, as Minnesota ranked ninth in the league allowing 21.3 points per game, while Seattle allowed 21.7 per game (11th overall).

Seattle Hopes Ground And Pound Can Open Up The Air

With uncertainty surrounding the running back position entering last season, Chris Carson grabbed the horse by the reins and didn’t let go. Carson showed he could be a punishing rusher that could consistently handle the rock. He rushed 247 times for 1,151 yards and nine touchdowns. With Mike Davis now in Chicago, it will be Carson and Rashaad Penny who handle most of the carries. Last year, Penny had 85 carries for 419 yards and two touchdowns.

In addition to these two, defenses always have to account for Russell Wilson’s ability to rush, too. Last season Wilson had 67 rushes for 376 yards (an average of 5.6 yards per carry). Through the air, Wilson went 280 for 427 for 3,448 yards, 35 touchdowns, and just seven interceptions. With Tyler Lockett and D.K. Metcalf in the fold, Wilson should have plenty of options both through the air and on the ground.

Vikings Hope Cousins Can Take Offense To Next Level

For years with the Redskins, Kirk Cousins always seemed like that player that had talent and was solid but didn’t rank with the elite. Sadly for Minnesota fans, many were left with that same taste in their mouths after last season. For Cousins, though, he has elite offensive weapons around him both in terms of wide receivers and on the ground and will hope to take the Vikings’ offense to the next level. Last year, Cousins went 425 for 606 for 4,298 yards with 30 touchdowns and 10 interceptions. With Adam Thielen (1,373 yards, nine touchdowns), Stefon Diggs (1,021 yards, nine touchdowns) and Kyle Rudolph (634 yards, four touchdowns), Cousins has weapons for an aerial attack and will hope to complement the run game with a downfield passing attack.

Speaking of the run game, the Vikings running back Dalvin Cook has the potential to be elite if only he can stay healthy. Last season, Cook rushed for 615 yards on 133 carries with two touchdowns. The problem, though, is that he has shown fragility early in his career, leading Latavius Murray to handle the most carries of anyone last year (140 carries, 578 yards, six touchdowns). If healthy, though, the run game could be a scary weapon for a very talented offense.

Taking The Seahawks And The Points

Preseason is always hard to bet because you never truly know who is going to play and who isn’t. I like the Seahawks in this one because not only are they getting three points, but I also think there is a chance Russell Wilson plays. With Geno Smith out with minor knee surgery, it leaves the Seahawks a little thin behind Wilson and Paxton Lynch. Again, if Wilson does play, it will be minimal, but his presence could be the difference in the game. For my money, I am taking Seattle at +3.