Seahawks Take over NFC West with Thrilling Win over Vikings 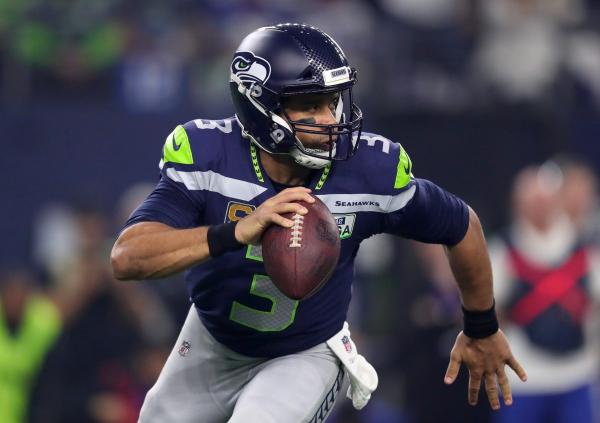 After the 49ers had fallen to the Ravens on Sunday afternoon, the Seahawks went into Monday Night Football knowing that a win would earn them the top spot in the NFCWest. Seattle had to rally back from a 17-10 halftime deficit, but they did enough to earn the victory and put themselves in the driver’s seat for one of the NFC’s top two seeds.

The Seahawks needed one of their largest offensive explosions of the season to hold off Minnesota, and they did just that.

Russell Wilson furthered his MVP campaign by throwing for 240 yards with one interception and two touchdowns, including a 60-yard strike to David Moore. Running backs Chris Carson and Rashaad Penny did everything else.

Carson ran for 102 yards and a touchdown, and Penny added one TD on the ground and another in the passing game.

A tie game at 17 apiece turned when the Seahawks forced a Dalvin Cook fumble. From there, Seattle took a lead it wouldn’t relinquish.

Kirk Cousins, who threw for 276 yards, two touchdowns, and one pick, tried to rally back, but a failed conversion on 4th-and-3 with 2:31 left to play kept the Vikings from catching Seattle.

A wild affair was full of turnovers ended in a 37-30 win for Seattle, who now joins San Francisco and New Orleans at 10-2 in the NFC. Minnesota fell to 8-4 on the season, trailing Green Bay by a game in the NFC North.

Seattle on Track for Postseason Bye

The stakes were plentiful for Monday Night Football. While both the Seahawks and Vikings entered the contest with a grip on the two Wild Card positions in the NFC, a win for either would do wonders for their potential playoff seeding.

For Minnesota, a win would have brought them level on overall record with the Packers. While tie-breakers would have kept the Vikings from claiming the top spot, they would have put themselves in position to do so throughout the remaining schedule.

At the very least, a win would have bolstered Minnesota’s Wild Card position.

Instead, the Vikings face an uphill battle for the NFC North and sit just one game above the 7-5 Rams in the race for the final Wild Card spot.

For Seattle, the win over Minnesota leapfrogs them ahead of San Francisco in the NFCWest thanks to a 27-24 overtime win against the 49ers in November.

Perhaps more importantly, this win pushes the Seahawks level with the 49ers and Saints at 10-2. So, while New Orleans owns the head-to-head tie-breaker over Seattle, the Seahawks are now in position to earn one of the NFC’s top two seeds.

If Seattle can hold on to that positioning, they’ll earn a bye week in the first round of the playoffs, which could be huge with the number of dangerous teams in the NFC hunt.

Both the NFC West and a postseason bye could be on the line when Seattle hosts San Francisco in the final week of the regular season.

A difficult start to the season for Seattle has been followed up by a strong run that includes a current five-game winning streak.

The Seahawks’ only two losses have come against the 10-2 Saints and the 10-2 Ravens. Meanwhile, Seattle has earned victories over San Francisco and Minnesota.

All of the above had added up to the fact that Seattle can no longer be ignored in the Super Bowl 54 conversation.

While the Seahawks still trail New Orleans (+550) and San Francisco (+800) in odds to win the Lombardi Trophy, their +900 odds rank them fifth among all NFL teams.