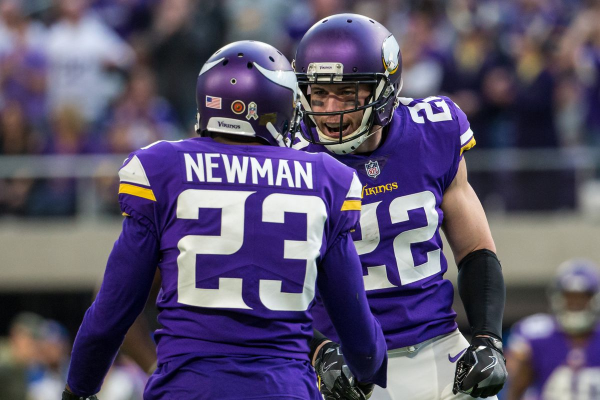 For the Minnesota Vikings, they feel as if it is their time. After getting through New Orleans, the Vikings were very disappointed after getting routed in the NFC Championship by the Philadelphia Eagles 38-7.  This year their focus is squarely on the Super Bowl. To help bolster their chances, they went out and acquired quarterback Kirk Cousins. For the Broncos, they were happy to take Case Keenum, who led the Vikings last year, off of their hands.  Now the quarterback for the Broncos, he is trying to lead a team that was in the Super Bowl just a few years ago back into contention. On Saturday, they will face off in week one of the preseason with the Vikings (13-3 last season) traveling to Sports Authority Field at Mile High to take on the Broncos (5-11 last season).  Kickoff is scheduled for 9:00 pm ET.

This one is a straight up matchup as it is coming in as no spread in this one.  The over/under for total points scored is set at 35.5.

Vikings Look To Cousins To Get Them Over The Hump

One of the biggest storylines of this preseason game is going to be the new versus the old.  Despite the amazing season CaseKeenum had, the Vikings spurned their former QB and instead signed Kirk Cousins.  Cousins, who played for the Redskins last year, comes in with big expectations. Last year he threw for 4,093 yards with 27 touchdowns, 13 interceptions, a 93.9 passer rating and completed his passes 64.3% of the time.  While this may be one of the bigger storylines coming into the matchup, it will likely have limited influence on the game as Cousins is only expected to play for a series or two.

When looking at the Vikings chances, what I marvel at is the fact that they have 19 starters returning, 9 on offense and 10 on defense.  Throw in new acquired Kirk Cousins and DT Sheldon Richardson, they are a team built to win now. That doesn’t even include cornerback Mike Hughes, who was selected 30thoverall in the 2018 NFL draft.  The team brings back its leading rusher (Latavius Murray, 842 yards, 8 touchdowns), receivers (Adam Thielen, 1,276 yards; Stefon Diggs and Kyle Rudolph, 8 touchdowns each), leading tackler (Eric Kendricks, 136), sacks (Everson Griffen, 13) and interceptions (Harrison Smith, 5).  Overall, this is a team that is going to make life tough on any opposing team, on offense and on defense.

Since Peyton Manning finished in 2015, the Broncos have tried Brock Osweiler, Trevor Siemian and Paxton Lynch at QB, all with varying degrees of success.  They now hope that Case Keenum is the answer for them. Last season with the Vikings, Keenum had 3,547 yards passing, 22 touchdowns, 7 interceptions, a 98.3 passer rating and completed 67.6% of his passes.  The Broncos signed Keenum to a 2-year contract, but it will be interesting to see how his season plays out this year. Keenum is not overly young and has really been inconsistent until last year when he went off with the Vikings.  The big question for Broncos fans is whether last year was a fluke or whether he has made adjustments to elevate his game long-term.

Keenum will have the two top targets from last year returning in Demaryius Thomas and Emmanuel Sanders but will be looking for a third option to set himself apart.  In the run game, the Broncos let C.J. Anderson go but will be looking to DevontaeBooker to become an everyday back.

On the defensive side, a player to keep an eye on in this game is first-round pick, Bradley Chubb.  On the first depth chart, he was listed as the starting outside linebacker. He has already said that he is not content just being named a starter, he wants to go out and prove it.  Even though he may only get a couple series on Saturday, it will be exciting to see whether the fifth overall pick can turn into a star.

Week one of the preseason is always difficult to predict because it is really about getting guys back out there in game scenarios to shake off the rust. Most of the true starters will be done before halftime and it is really about evaluating depth options after that. With that in mind, the MinnesotaVikings are incredibly deep on both sides of the ball.  The only area they are reeling a little is in their offensive line, but I think they still have enough to win a straight-up matchup with the Broncos. Take the Vikings.