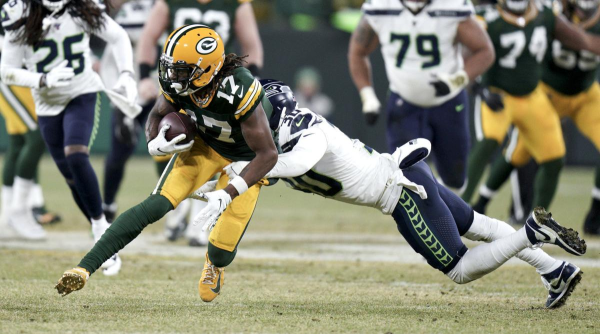 Only three meaningful contests remain in the NFL season before a champion is crowned. After this weekend’s conference championship games, only two teams will remain in the hunt for the Lombardi Trophy.

Will Derrick Henry cement himself as a Tennessee legend by carrying the Titans to the Super Bowl? Or will Patrick Mahomes take the throne as the best quarterback in football?

Will Aaron Rodgers and the Packers get to another Super Bowl in Matt LaFleur’s first year as head coach? Or will Jimmy Garoppolo get out from under Tom Brady’s shadow and make a name for himself?

No matter the outcome, we’re in for another enticing Super Bowl. For now, let’s focus on the most enticing prop bets of championship weekend.

Every one of the teams playing this weekend was able to score at least 27 points in the divisional round a week ago. Kansas City managed to put up 51 points all on its own.

So, if you’re looking for an intriguing parlay prop, take a peek at this: Kansas City Chiefs, San Francisco 49ers & Tennessee Titans combine for 13-plus TDs +390.

Last week, the Chiefs scored seven touchdowns and allowed four to the Texans. Meanwhile, the 49ers found the end zone three times, and the Titans put up four TDs on a good Ravens defense.

That’s 14 touchdowns between the three teams we’re looking at this week, so they’d have to play at the same level to win this prop bet.

If you’d like to add Green Bay to the mix, here’s another parlay prop: 14-plus TDs scored in the Conference Championship Games +200.

Although the payout is smaller, this bet gives you Rodgers and the Packers in addition to the other three teams, and only one more TD is required to hit.

Who will have the most passing yards throughout both championship games? Patrick Mahomes is the heavy favorite with -145 odds, followed by Garoppolo (+400), Rodgers (+450), and Ryan Tannehill (+500).

Mahomes racked up 321 yards a week ago, but he’ll be playing a confident defense this weekend. However, he’s the only quarterback remaining who topped 300 yards last round.

Who will have the most receiving yards throughout both championship games? There’s a number of choices here, but the odds seem to suggest this is a four-man race between Davante Adams (+350), Travis Kelce (+400), Tyreek Hill (+470), and George Kittle (+600).

As Rodgers’ main target, Adams racked up 160 receiving yards (and two TDs) last week versus Seattle. Kelce wasn’t far behind with a 134-yard performance of his own.

Who will have the most rushing yards throughout both championship games? To nobody’s surprise, Henry is the heavy favorite with odds of -150, followed by Aaron Jones (+400), Damien Williams (+550), and Tevin Coleman (+700).

This feels like a no-brainer after Henry’s 195-yard performance against Baltimore, but it’s worth noting that Kansas City only allowed 94 total yards on the ground last week.

Who will be the highest-scoring team of championship weekend? After scoring 51 points last week, the Chiefs are a clear favorite with odds of +110. However, the 49ers aren’t far behind with odds of +200, and the Packers (+500) and Titans (+600) trail behind.

Don’t expect Kansas City to put up another 51 points this weekend as it goes up against a Tennessee defense that allowed only 12 points to Baltimore and 13 points to New England.

Meanwhile, San Francisco put up 37 points on Green Bay in the regular season.

After scoring just eight points against San Francisco in a regular-season contest, you can see why the Packers are favorites here. Plus, Rodgers only has one legitimate receiving threat, so the Packers will struggle to score points if the 49ers can stifle Adams.