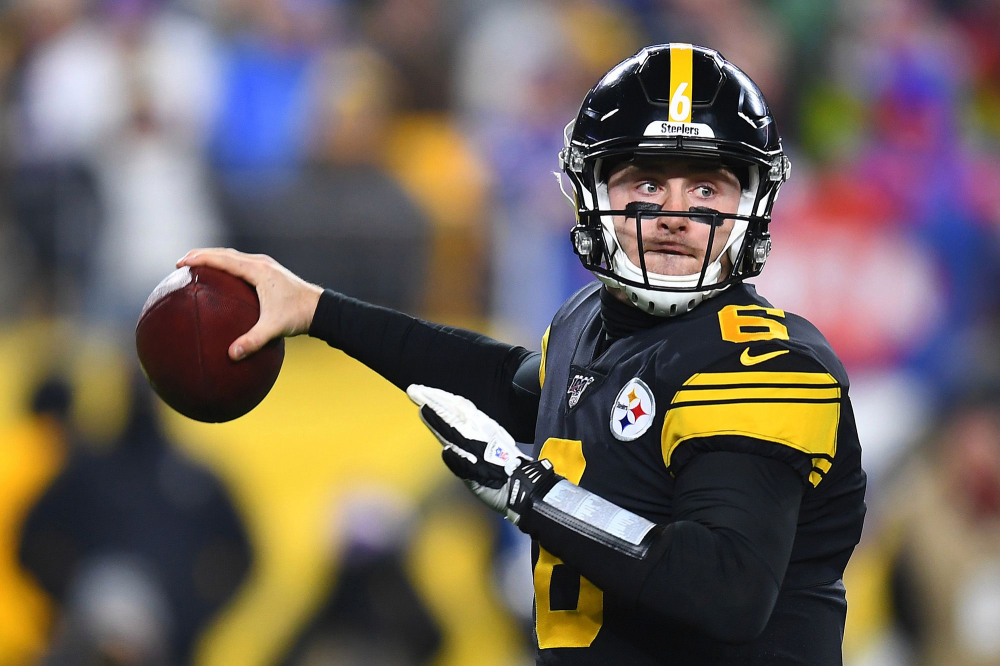 With Week 17 of the NFL regular season finally upon us, it’s now or never for teams fighting for a playoff spot. One of those teams is the Pittsburgh Steelers (8-7), who will make the postseason with a win on Sunday and a loss by the Titans. But they’ll have to go through the Baltimore Ravens (13-2), who already own the top seed in the AFC but would love to beat their hated rival.

Here is a preview for Sunday’s matchup between the Steelers and Ravens in Baltimore, along with odds and a free pick.

We’ll start with the Steelers, who will have to muster up some offense against one of the best defenses in the league. Pittsburgh ranks 30th in total yards per game with 284 while ranking 25th with 18.6 points per game. Between quarterbacks Mason Rudolph and Devlin Hodges, the Steelers average the second-fewest passing yards per game, while ranking 26th in rushing.

Of course, the Steelers wouldn’t be in a position to still make the playoffs if it wasn’t for their defense. Pittsburgh is fourth in both yards allowed (304.1) and points (18.3). The Steelers are good against both the run and pass, allowing the fifth-fewest passing yards and the 10th-fewest rushing yards.

Under the leadership of the likely MVP, Lamar Jackson, the Ravens have been close to unstoppable when they have the ball. Baltimore has averaged a league-best 33.5 points per game and the second-most yards with 414.5. The Ravens are only 25th in passing yards but lead in touchdown passes and are first in rushing yards with over 200 per game.

Baltimore’s defense isn’t anything to scoff at either. The Ravens are fifth in total yards with 309.4 and give up just 18.1 points, the third-fewest in the NFL. They’re also seventh in passing yards allowed and fourth in rushing yards allowed during their spectacular season.

In the wake of Rudolph’s season-ending injury, Hodges will get the start at quarterback for the Steelers. After leading the Steelers to a 4-1 record in his first five appearances, Hodges has thrown six interceptions over his last two games. Even though the Ravens will be sitting a couple of guys on defense, Hodges has to fix his turnover problem if the Steelers want to win this on the road.

Look for him to build on his connection with wide receiver Diontae Johnson as well. Johnson had 81 yards and a touchdown on a season-high eight catches last week against the Jets.

With nothing but pride to play for, the Ravens are electing to sit out Jackson, as well as running back Mark Ingram, guard Marshal Yanda, safety Earl Thomas, and defensive lineman Brandon Williams. Baltimore still has a very good roster to field, but it will be led by Robert Griffin III.

Griffin has done well in limited time this year, going 12-for-17 with 129 yards, a touchdown and an interception. But he’s not the runner he once was or anywhere close to what Jackson is, so Baltimore will have to adjust its game plan against a good defense that has everything to lose.

The Steelers are confirmed to be without two critical players. Center Maurkice Pouncey and running back James Conner are both out after not practicing all week. However, all the other players previously listed on the injury report, including star defensive players T.J. Watt, Cameron Hayward, and Joe Haden, along with linemen David DeCastro and Ramon Foster, are good to go.

The Ravens will be without all of those players mentioned above, with Ingram the only one out of that group who’s dealing with an injury. But there are a lot of question marks for some other guys, especially in the secondary. Both Marcus Peters and Jimmy Smith are questionable, with Peters practicing in full on Friday. Wide receiver Marquise Brown and tight end Mark Andrews are also listed as questionable.

With Jackson and company out for the Ravens, the Steelers are the favorites at -2. It is admittedly much easier not to have to face Jackson, Ingram and others, so Pittsburgh is in a good position to win.

However, I still like the Ravens. With the game in Baltimore, I don’t foresee Hodges and the Steelers offense to come out firing and put up points. Baltimore’s defense is still very good, and I don’t think Pittsburgh’s offense, with the injuries and generally-poor play, will get enough points.

Even with Griffin under center, I think Baltimore will find a way to get just enough points and knock its division foe out of contention. Give me the Ravens +2.