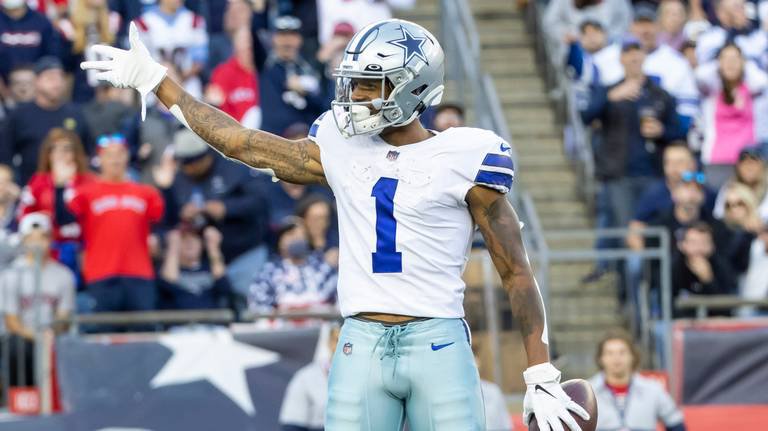 Instead of getting a great QB showdown between Aaron Rodgers and Patrick Mahomes we are getting Jordan Love, essentially a rookie at Arrowhead this week. That’s no fun in fantasy or real life. In any event, here are some start/sit suggestions for all you fantasy football diehards

The only concern here is if this game gets out of hand too quickly for Allen to put up big numbers. Allen has TD passes in every game this season and at least two in all but one. I am sure there are those who love to tinker, but this is not a week to get cute with your QB selection.

Similar to Allen there is no reason to move off of Kyler Murray in this spot against the familiar 49ers. The reason to like him especially against San Francisco is this his rushing numbers really jump. When you take his usual passing prowess and add 50 yards rushing (he averages 53 rushing yards per game against SF – his best against any team) he becomes that much more valuable.

Carr is having a great season but this has been another roller-coaster week for the Raiders with Henry Ruggs, who was leading the team in receiving yards, being cut from the team. Tight end Darren Waller is back, but this is not a spot to start Carr.

Tannehill's success has been helped by a dominant ground game. That was already going to be hampered by facing a good Rams defense, but without Derrick Henry in the backfield behind him, he is going to face more sophisticated pass defenses. Odds are the offensive staff figures it out eventually, but this is not a good spot.

If you are in season-long fantasy he has probably already been nabbed after back-to-back games with over 100 yards. He is looking great to have another strong game against a Cardinals defense that is weak against the run. San Francisco should be committed to the run as a defense mechanism against Arizona’s quick-strike offense too.

This is a pure fade of the Texans in this spot. Gaskin has yet to score on the ground this season, but he has three receiving TDs. The Dolphins' offense should look a lot better against Houston. I won’t be grabbing Tua, but Gaskin is a nice sleeper.

Cleveland is a mess right now, and they are going to be taking on a defense that is giving up less than four yards per carry. Releasing Odell Beckham Jr is not a huge strategic loss, but it will allow the Bengals to be more zeroed in on the running game this week.

Ekeler is known as much for his receiving as running, but he has been more effective as a runner this season. He is averaging five yards per carry, and five of his eight TDs have been on the ground. Philly is good at bottling up the run game. He is never a zero on offense, but this a less desirable spot.

Despite what you may think, not every pass lands in the arms of Cooper Kupp. Van Jefferson has established himself as the “big play” guy in the Rams offense, and he should be able to get some chunk plays against a bad Titans secondary. In five of seven weeks, he has had at least one reception over 20+ yards.

It is hard to know what the offense is going to look like with Jordan Love. Lazard is not the Packers’ best receiver, but he is a physical mismatch, and the Chiefs give up the most big plays in the league. The Chiefs have given 11 catches over 40 yards, while no other team has allowed more than seven. I am expecting Green Bay to take some chances deep where mistakes are less costly.

He leads the team in catches and yards but is averaging less than 10 yards per grab and has yet to find the end zone this season. Carolina has been struggling as a team after a hot start, but that has mostly been a result of their offense, not their defense. They are going to make it tough for the Patriots on Sunday.

Justin Fields is hardly lighting the league on fire in his first pass-through. Hitting the road on Monday night sets up for a very challenging night. None of his receivers are going to be playable as he is probably running for his life most of the game.

Andrews is tied for the team lead in receptions. In the blowout loss to the Bengals a couple of weeks ago, he only caught three balls. But coming off of a bye week, I expect him to be much more active in the offense. The Vikings are a long way from being an elite defensive team.

Hooper led the team with four catches last week in a loss. No OBJ helps things out for sure, but I like David Njoku to be the more featured tight end against the Bengals. He actually leads the team in receiving yards despite missing some time. He has their longest reception of the season too.

The Saints should be feeling good after beating the Bucs last week. They had a great defensive effort against Tom Brady, enabling them to overcome the loss of Jameis Winston. This week facing the very familiar Matt Ryan, look for them to slow the Falcons. Atlanta not having receiver Calvin Ridley will make them even easier to defend. Plus a slower-paced attack for the Saints with a backup QB will help.

The Broncos' numbers on the season are really good, but they are going to be facing a top offense on the road this week. Dealing away their best pass rusher would have made them less dynamic against anyone but especially in this matchup. The Cowboys are one of the most balanced offenses in the league and will have success on Sunday.

Be on the lookout next week for more fantasy football content from Betting News. Would you like to see more fantasy sports and daily fantasy content here? Hit us up on Twitter (@BN_Content) to let us know.

Two former Mississippi State teammates will go head-to-head tonight in St. Louis as Brandon Woodruff and the Milwaukee Brewers take on Dakota Hudson and the Cardinals. In yesterday’s series opener at Busch Stadium, the Brewers eked out a 4-3 win. Tonight, Hudson will look to draw the Cardinals level in this NL Central rivalry series END_OF_DOCUMENT_TOKEN_TO_BE_REPLACED