NFL Week 9 Schedule and Odds: Chiefs Get a Shot at Love With Rodgers Out Against Kansas City 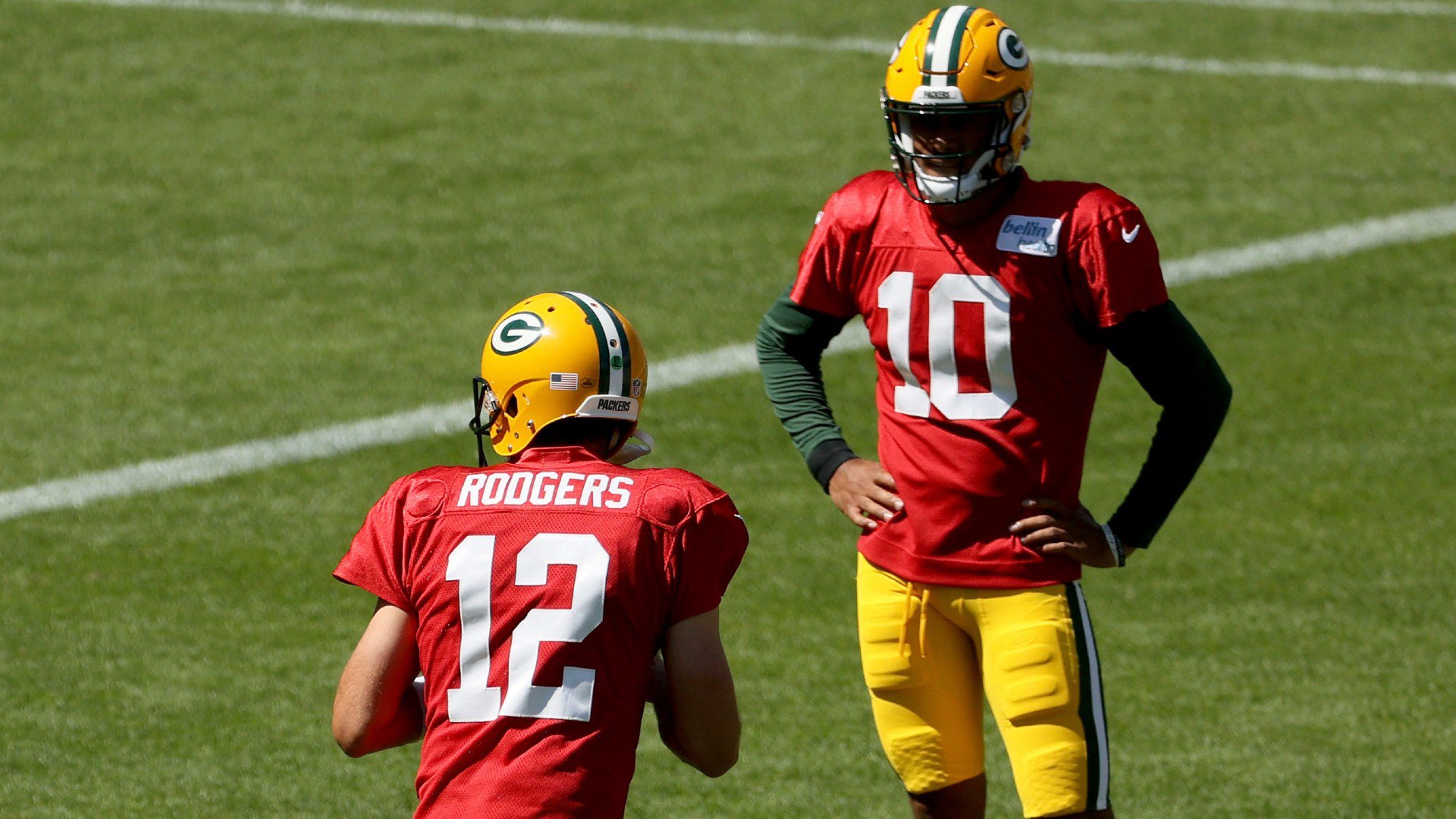 Week 9 of the NFL season kicked off last night with the Colts breezing past the Jets, who lost Week 8 hero Mike White to injury in the first quarter. By putting up a season-high 45 points, the Colts almost hit the total on their own thanks to big performances by Carson Wentz (22 of 30, 272 yards, 3 touchdowns) and Jonathan Taylor (19 carries, 172 yards, 2 touchdowns).

There was some drama in the end for invested bettors, so if you happened to fall asleep feeling pleased that your Colts -10.5 bets were going to cash comfortably, you were fortunate to avoid some harrowing moments in the late stages of the game. But after having one interception ruled out by penalty, the Colts extinguished the last vestiges of hope for the Jets and Jets +10.5 backers with an interception (that stood) inside the 10 in the final minute.

So what lies ahead for the remainder of Week 9? Three matchups stand out, but two of them have been affected by unfortunate events.

The Titans (6-2) are one of the hottest teams in the NFL and head into their Sunday night showdown with the Rams (7-1) with four straight wins and a cozy lead in the AFC South.

But they will take on the Rams and most of their remaining opponents without their most important player. To replace the current running back most likely to win MVP in the near future, the Titans signed Adrian Peterson, the last running back to win MVP. It’s been a lifetime (or two) in running back years since Peterson took home the hardware in 2012, so it remains to be seen what kind of impact he’ll have with the Titans.

But in the meantime, jumping on Jeremy McNichols props is a wise move for Sunday. The Rams are in the lower half in the league in yards allowed per carry and rushing touchdowns allowed. McNichols is also second on the team behind A.J. Brown in catches (21) and third behind Brown and Julio Jones in yards (203), and he ranks 12th in the NFL in yards after catch per reception (9.3). He should get a lot of touches against the Rams with Peterson and D’Onta Foreman still working their way in.

Should We Have a Negative Outlook on Packers Without Positive Rodgers?

With Henry out, we now get to see how important he is to the Titans’ success (and answer some larger questions about the running back position). Is he the NFL’s most important player in terms of individual impact on his team’s fortunes?

Another player high on that list is Aaron Rodgers, and he will also not be on the field on Sunday after testing positive for COVID this week. That means that Jordan Love will make his first NFL start in Kansas City as the Packers (7-1) visit the Chiefs (4-4).

Love’s only meaningful NFL action up to this point came in the Packers’ Week 1 blowout loss to the Saints, as he completed five of seven passes for 68 yards. This is a much different situation though. But it doesn’t hurt to be able to count on Davante Adams, who will be back in action after a positive COVID test kept him out of Green Bay’s Week 8 win at Arizona.

You can expect plenty of Aaron Jones–and AJ Dillon, who had a season-high 16 carries against the Cardinals–against the Chiefs, who aren’t exactly stout against the run. But a sprinkle on Love to hit the over on his passing yards total is also worth it, especially if you think that the Chiefs will be in control.

The main headline this week for the Cleveland Browns is their impending divorce with Odell Beckham Jr., with OBJ set to be released today.

But the focus on the field is on their visit to Cincinnati, which shapes up as a must-win for multiple reasons. The Browns have lost three of four to drop to 4-4 and are coming off of an absolute dud of a performance at home against the Steelers.

There was always a chance that a tough schedule could derail all of the preseason hype surrounding the Browns, but five losses in nine games is not what anyone would have penciled in. And things don’t lighten up from here: the 0-8 Detroit Lions are the only remaining opponent for the Browns not currently at .500 or better. Right now, under 8.5 wins looks like the likeliest result for Cleveland. But a win over the rival Bengals could kickstart a turnaround.

As for the Bengals, last Sunday’s loss to the Jets was certainly a punch in the gut. But the reality is that anything positive past this point is a bonus, given that the Bengals are already far exceeding expectations. Their remaining schedule is pretty tough as well, but with six home games in their final nine games, they should still go over their preseason win total of 6.5 with no stress.

Those are the three most notable games on this week’s 14-game slate. Let’s look at the other matchups we have to invest in or ignore.

Teams With a Bye in Week 9

This week, you can look out for in-depth NFL betting previews of the following games here on Betting News.

You can also look out for our weekly NFL prop watch, which covers our favorite prop bets from each matchup on the NFL schedule.

We have consensus NFL betting picks for every NFL matchup, and those picks are updated throughout the week to reflect odds changes that occur so that you get the most accurate picks based on updated odds. Check out our NFL picks, and be sure to check out our daily NBA picks and NHL picks as well.

All NFL betting odds for Week 9 are via FanDuel Sportsbook as of Friday, November 5, 2021 at 9:25 a.m. ET. To compare NFL betting odds from several top sportsbooks like FanDuel, BetMGM, PointsBet, and more, check out our NFL odds.