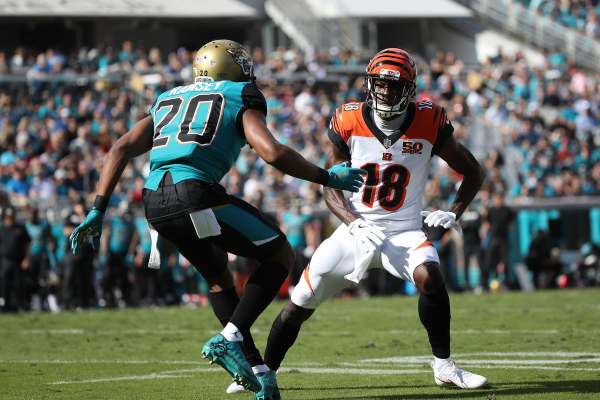 The National Football League is gearing up for the 2018 season and the preseason games have begun with plenty of games last week and even more to come. Preseason is a tricky time of year for gamblers as teams limit or sit starters. Coaches are more concerned with developing games plans and evaluating skill positions more than winning games. The players still play hard, though. They have roster spots and contracts to win so there is still plenty of value in the sportsbook. It was an interesting week in these regards and a few more.

The New York Giants are playing it safe with their first-round pick, Saquon Barkley. The soon-to-be star tweaked his leg while catching a pass in a training camp session and was pulled from practice. Barkley looked regular-season ready in the Giants first preseason game which included a 39-yard during his debut as the featured back.

The Dez Bryant saga continues as reports now have him linked to a workout with the Cleveland Browns. A few other teams are said to be interested as well and it won’t be a shock to see Bryant in someone’s uniform by the first game of the season. However, it will be a shock if that deal is worth as much as what he’s already turned down from the Ravens earlier in the summer which was in the neighborhood of three-years for 21 million.

The Miami Dolphins receiving corp has taken a hit as up-and-comer DeVante Parker has broken a finger. He should be back in time for week one, however, he’ll miss important preseason games and practice. He was a sleeper in many a fantasy article but this moves him down a notch. Draft accordingly.

We had a nice week on last week’s games and hope you did too. The Steelers came through for us with a win versus the Eagles. They won outright even though we grabbed the points. These are two good teams which will be seeing plenty of our action all year long. The Jaguars let us down against the Saints and looked sloppy while doing it. The Saints are a good team though so it wasn’t a total surprise and the Jags can just chalk it up to a preseason letdown. Fortunately though, the Patriots came through with a win versus the over-matched Redskins. Just as we predicted, it was their depth that lead the way as they came back from 17-3 halftime deficit and still covered easily. Two out of three is a little disappointing but still puts us ahead of the game so we’ll take it.

In a rematch of last year’s Super Bowl, the Eagles will visit the Patriots and get 3.5 points to boot. Tom Brady is said to be playing but that probably won’t be for a series or two. The Eagles will give Nick Foles his first action of the preseason as well. Again, probably for just a few snaps. Both squads have their share of injuries, so once again, as with many preseason games, this game will come down to depth. The Patriots have the home field edge plus a little chip on their shoulder so we expect them to cover. This will be the popular play so keep on eye on how the line moves because it should go up a point to a point and a half more. If you grab it late, maybe play the money line as preseason games can be close affairs when two good teams are involved.

The Packers get the home field in this matchup versus the Steelers. They’re also giving the Steelers five big points and that seems a bit much in a preseason game. AaronRodgers will see a few snaps and it appears Ben Roethlisberger won’t be in the game as he’s being evaluated for a concussion. Big Ben or no Big Ben, the Steelers are the better team here and with the points should be an easy win. The Packers are a brand new team this year and no matter how good Rodgers is, they won’t be deep enough to last the whole game. Take the Steelers and the points before it gets bet down.